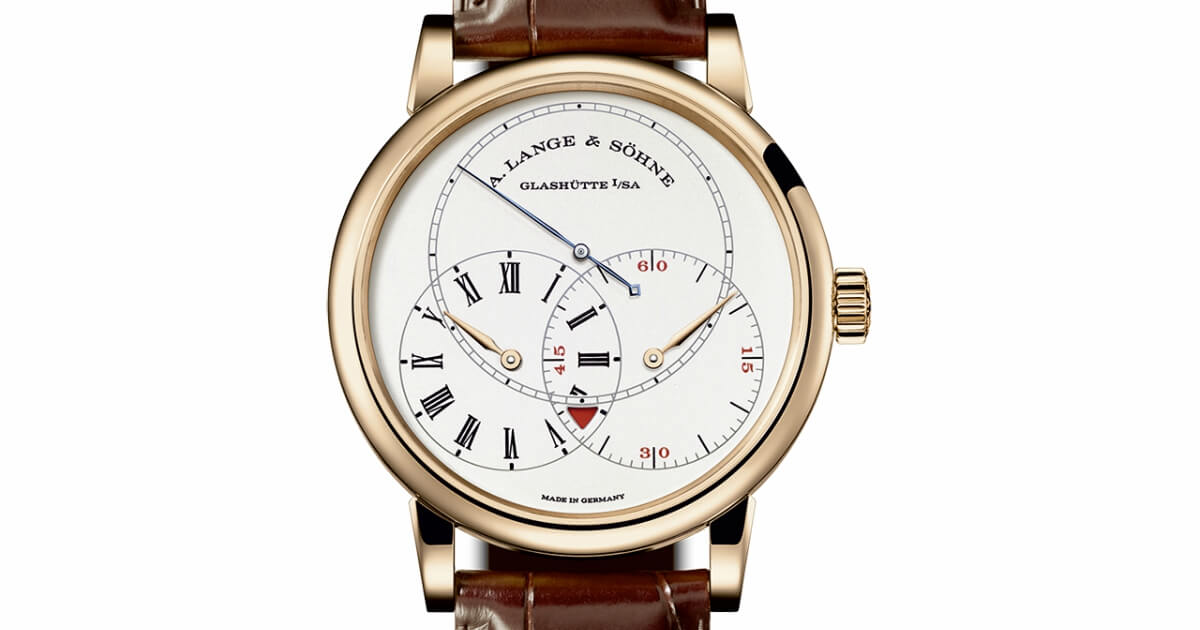 With the unique combination of a jumping second, a constant-force escapement, a ZERO-RESET mechanism, and a prominent regulator dial layout, the Richard Lange Jumping Seconds plays in a league of its own. The platinum model that had its debut last year is now followed by a second version in pink gold, also in a limited 100-watch edition.

The subdivision of an hour into 60 minutes of 60 seconds each dates back 1000 years. Then, about 400 years ago, the first watch with a seconds hand appeared. It marked the beginning of a new and more precise standard in timekeeping.

The Richard Lange Jumping Seconds pays tribute to watches for scientific observation and puts the focus on the smallest of the three time measurement units. That can be interpreted literally. In 60 steps per minute, the blued seconds hand advances along the upper and largest circle of the puristic regulator dial. The cadence is defined by an ingenious one-second constant-force escapement that serves two purposes. On the one hand, it delivers the switching impulse for the seconds jump, and, on the other, it assures constant power delivery for the entire power reserve of 42 hours. A small indication in the intersection of the three time circles tells the owner when to rewind the watch: it switches to red ten hours in advance.

The ZERO-RESET mechanism is also easily visible. When the crown is pulled, it stops the cam-poised balance and instantly propels the seconds hand to the zero position. This allows the watch to be conveniently and precisely synchronised with a time signal or a radio-controlled clock. An innovative multi-disc clutch reliably stabilises the large seconds hand throughout the accelerating and braking phases to assure perfect one-second legibility of the time.

The price for the A. Lange & Sohne Richard Lange Jumping Seconds in pink gold is $78,100.