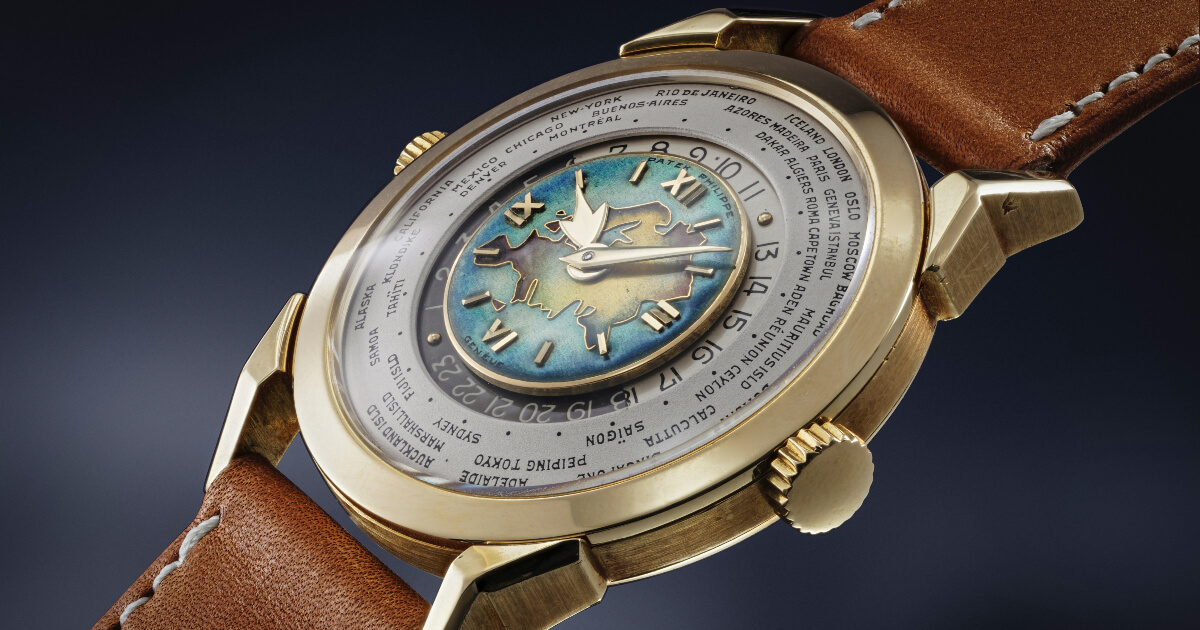 Phillips in Association with Bacs & Russo established two new world records during the first session of The Geneva Watch Auction: XIII, this Saturday May 8. The records include the highest price for a Patek Philippe Worldtime two-crown wristwatch with cloisonné enamel dial, as well as the highest price for a yellow gold wristwach ever sold at auction.

Aurel Bacs, Senior Consultant, and Alexandre Ghotbi, Head of Continental Europe & Middle East, jointly commented: “The arrival on the market of this reference 2523, with cloisonné enamel dial, was an event that collectors from around the world celebrated with intense bidding, resulting in the watch breaking two world records,  for a Patek Philippe two-crown worldtime wristwatch with cloisonné enamel dial & for any wristwatch in yellow gold ever sold at auction - doubling its low estimate. This result demonstrates the appetite across the international market for uber-rare museum quality watches and Phillips’ ability to bring such horological grails to the market.”

The “Silk Road” is the earliest ever made Patek Philippe reference 2523 with cloisonné enamel dial and one of the most sought-after and unobtainable timepieces in the world. Previously unknown, it is a first of its kind, extremely important and rare yellow gold worldtime wristwatch with two crowns and « Eurasia » cloisonné dial.

The importance of this model is well recognised by the brand itself with three examples currently housed in the Patek Philippe museum. That equals to approximately 10% of the total production, making this model the one with the highest ratio of examples present in the museum vs examples made, among serially produced references.

The watch is powered by one of Patek Philippe’s most reliable “time only” movements of the time, 12 lignes calibre 12’’’400, personally modified by Louis Cottier - the inventor of the world time system. Going beyond the usual Patek Philippe quality, the restricted production output and the differently decorated dials meant that each one of these watches was treated practically as a Pièce Unique.

The reference 2523 (or 2523-1) in any iteration is considered one of the pinnacles of Patek Philippe by the most important collectors worldwide. However, the cloisonné dial versions have achieved legendary status since the beginning of the field as an organised endeavour.