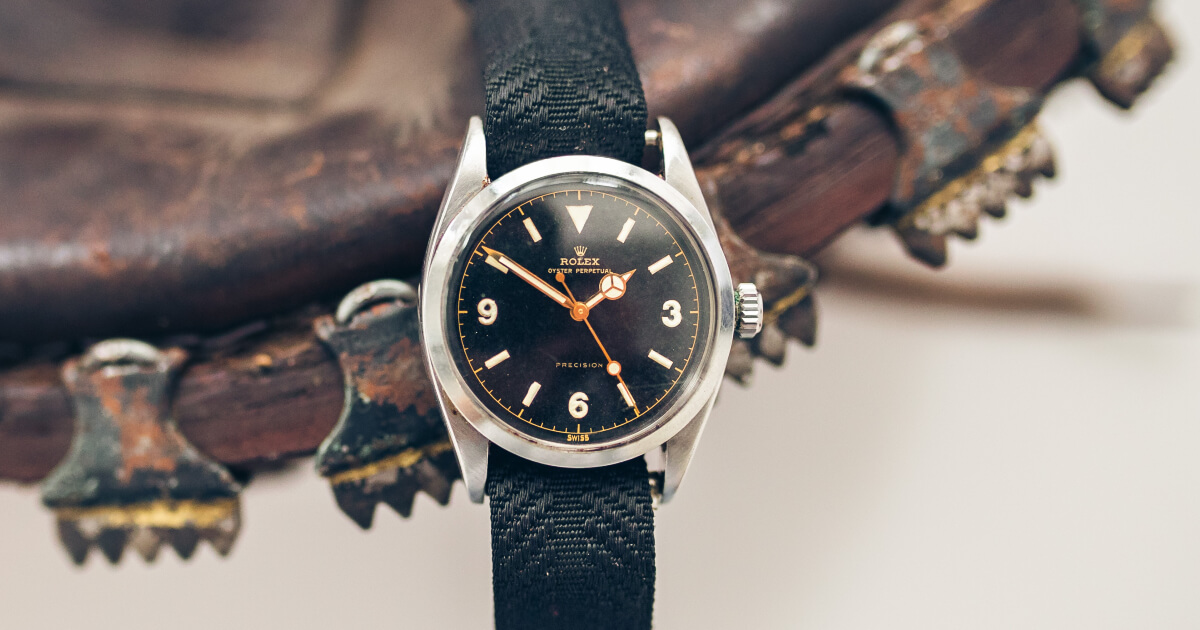 Phillips Perpetual is offering for private sale the rare and historically important Rolex 6150 Explorer from the family of the late Tony Streather, the first man to scale two peaks above 25,000ft. Phillips in Association with Bacs & Russo recently announced Phillips Perpetual, a first of its kind platform that presents the finest collectors' timepieces for private sale through ongoing curated programming, private selling exhibitions, and innovative partnerships. The Rolex 6150 Explorer marks the first time the Phillips Perpetual initiative will showcase a watch in Geneva. The timepiece will go on public view on 9 May alongside the Geneva Watch Auction: NINE auction preview at Hotel La Reserve, Geneva.

James Marks, Phillips' International Specialist and Director, Watches, said, "Tony Streather was an incredible man and his Rolex 6150 Explorer is a unique piece of history for the brand. Phillips Perpetual is proud to present the watch worn by Streather through the most extreme of hardships and to remarkable summits."

Tony Streather tested both himself and his timepiece to the extremes and was amongst the first group of climbers to reach the peak of Kangchenjunga in 1955 which, at over 8,000m, is one of the tallest mountains in the world.

Prior to Kangchenjunga, Streather had experienced a number of dangerous climbs. He was invited to join the US expedition to climb K2 in 1953 and the mission seemed close to success when a storm forced the team to take shelter. Charles Houston, the lead climber, ordered a desperate rescue mission when one of the team, Art Gilkey, developed a blood clot in his leg and collapsed unconscious. The team had several severely injured members and, upon return, Streather described the event as "...an extremely tense situation", arriving some five days later to the officer's mess with his uniform in tatters.

Despite the fear and hardship of K2, Streather joined the 1955 expedition to Kangchenjunga, a mission that is now recognised as the greatest unsung achievement of British exploration. It was before this mission that Rolex gifted him with his Explorer 6150, now offered by Phillips Perpetual. Embarking on the climb equipped with his new Rolex, Streather and his New Zealand partner Norman Hardie set out for the summit. Legend dictates that one of Hardie's oxygen bottles slipped out of its carrying frame and disappeared down the mountain. With no desire to turn back, Streather gave Hardie one if his and turned his regulator down to the merest trickle. In deference to local beliefs they stopped a few feet short of the summit.

Streather is revered as one of the greats of the golden age of Himalayan mountaineering and was awarded the MBE in 1965 and the OBE in 1977 after his leadership of the Army Mountaineering Association expedition to Everest. Following his climbing successes, he continued to instruct and assist with climbs alongside his career as a soldier. This included secondments in Singapore and amongst the Gurkhas in Sarawak in 1966 where he was gifted with a NATO strap for his Rolex, which remains with the watch to this day.