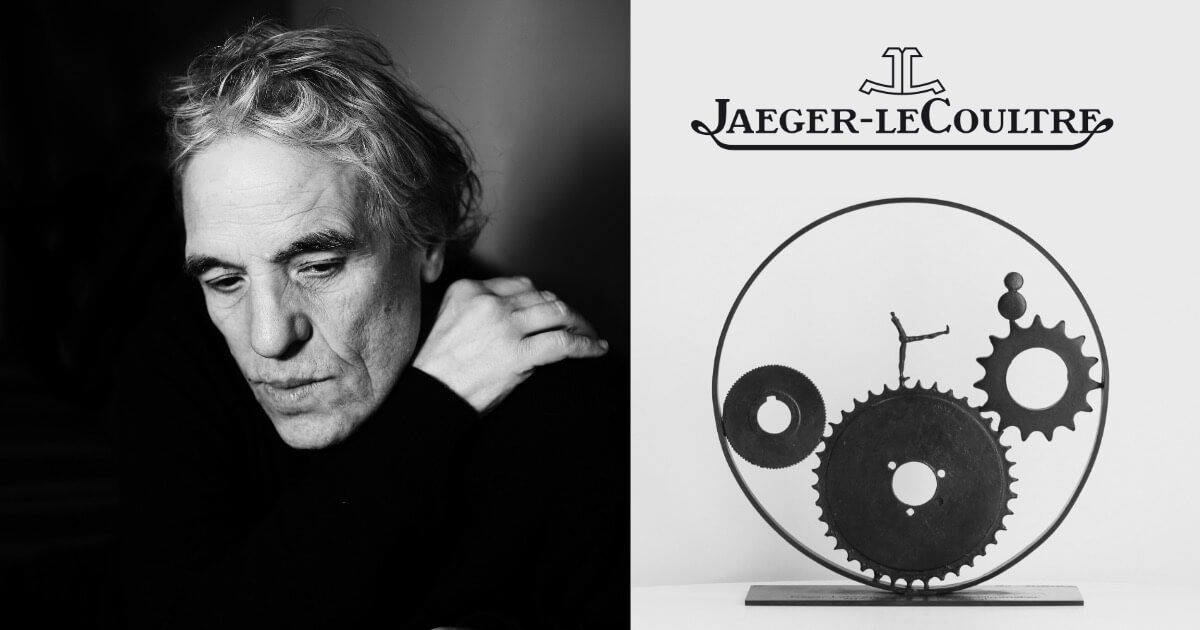 La Biennale di Venezia and Jaeger-LeCoultre are pleased to announce that the American director Abel Ferrara (Pasolini, Bad Lieutenant, King of New York) is the recipient of the Jaeger-LeCoultre Glory to the Filmmaker award of the 77th Venice International Film Festival (September 2 - 12, 2020), dedicated to a personality who has made a particularly original contribution to innovation in contemporary cinema.

The award ceremony for Abel Ferrara will take place on Saturday September 5th 2020 in the Sala Grande (Palazzo del Cinema) at 2 pm, before the screening Out of Competition of his new film, the documentary Sportin’ Life (Italy, 65') with Abel Ferrara, Willem Dafoe, Cristina Chiriac, Anna Ferrara, Paul Hipp, Joe Delia.

With regards to this acknowledgment, the Director of the Venice Film Festival Alberto Barbera has stated: “One of the many merits of Abel Ferrara, who is widely held in esteem despite his reputation as one of the most controversial filmmakers in contemporary cinema, is his undeniable consistency and allegiance to his personal approach, inspired by the principles of independent cinema even when the director had the opportunity to work on more traditional productions. From his first low-budget films, influenced directly by the New York scene populated by immigrants, artists, musicians, students and drug addicts, through his universally recognized masterpieces – The King of New York (1990), Bad Lieutenant (1992) and Body Snatchers (1994) – to his most recent works, increasingly introspective and autobiographical, Ferrara has brought to life a personal and exclusive universe. From the original conflicts between guilt and innocence, redemption and religion, sin and betrayal that prevailed in his cinema for so long, along with the portrayal of abject, urban violence in the nocturnal metropolis, Ferrara has arrived at original speculations on the end of the world and the impossibility of finding meaning in the relationship between individuals and society. All this confirms him to be one of the most interesting and unreconciled directors of the moment.”

Abel Ferrara’s intimate and lush look at his own life, his world refracted through his art - music, filmmaking, his collaborators and inspirations... his partner Cristina Chiriac and their daughter Anna, their life in the eternal city, Roma... as the corona virus descends and paralyses the world.

Born in the Bronx, New York on July 19th, 1951, Abel Ferrara directed his first Super 8 films as a teenager and entered into early collaborations with screenwriters Nicholas St. John and John McIntyre. In the late 1970s, he made his first feature films, Driller Killer and Ms .45. In the 1980s and 1990s, his international successes included King of New York, Bad Lieutenant, Body Snatchers, The Addiction and The Funeral. Bad Lieutenant, starring Harvey Keitel, was presented at the Cannes Film Festival in 1992 in the section Un Certain Regard. One year later, Ferrara returned to Cannes, this time in Official Selection, with Body Snatchers. The Addiction, starring Christopher Walken, was selected for the Berlinale in 1995 and The Funeral, starring Benicio Del Toro, Christopher Walken and Isabella Rossellini, won two awards at the Venice Film Festival in 1996. Mary, starring Juliette Binoche, Forest Whitaker and Heather Graham won four awards in Venice in 2005. In 2011, Ferrara won the Honorary Leopard at Locarno. The years 2010 marked Ferrara’s collaboration with Willem Dafoe who stared in 4:44 Last Day on Earth (2012), screened in Venice, Alive in France (2017), presented at Cannes’ Director’s Fortnight, Pasolini (2014) also screened in Venice, Tommaso (2019), and more recently Siberia, screened at the last Berlinale.

Jaeger-LeCoultre is a sponsor of the Venice International Film Festival for the sixteenth year in a row, and of the Glory to the Filmmaker prize for the thirteenth year in a row. The prize has been awarded in past years to Takeshi Kitano (2007), Abbas Kiarostami (2008), Agnès Varda (2008), Sylvester Stallone (2009), Mani Ratnam (2010), Al Pacino (2011), Spike Lee (2012), Ettore Scola (2013), James Franco (2014), Brian De Palma (2015), Amir Naderi (2016), Stephen Frears (2017), Zhang Yimou (2018) and Costa-Gavras (2019). In keeping with the inventive spirit of its founding, Jaeger-LeCoultre has been driven by a quest for excellence. Sharing many values with filmmaking, its factory based in the "Vallee de Joux", in Switzerland, has made watchmaking an art form, balancing technical and artistic skills.

The 77th Venice International Film Festival will be held on the Lido from September 2nd to 12th, 2020, directed by Alberto Barbera and organized by La Biennale.