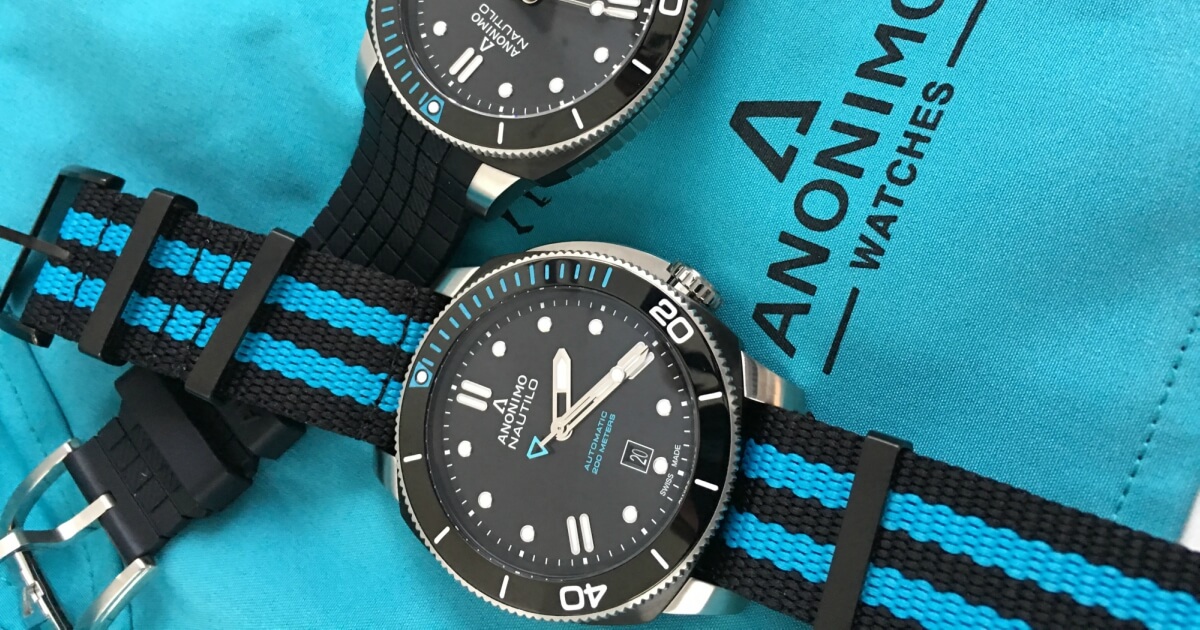 As an official sponsor of the Leopard Racing teams for the past two seasons, Anonimo brings out a special limited edition Nautilo with the color "Blue Leopard". After starting the season with some impressive victories for the Moto3 and TCR teams, Anonimo would like to congratulate all the sportsmen again.

Only 97 copies of this watch will be available, so this limited edition showcased at the various circuits around the world will no doubt delight motor sports enthusiasts.

Just as sparkling as the drink of these young champions, ANONIMO is proud to present a new limited series Nautilo this year. The same "Blue Leopard" colour appears on the bezel, the NATO bracelet and even the counterweight of the second hand, while each watch is also individually numbered. On the screwed back, a special LEOPARD decoration is engraved and there is also the engraving of the limited series of 97 pieces in tribute, and a reference, to the creation of Anonimo in 1997.

A reshaped dial appears through the slightly domed sapphire crystal with its anti-reflective coating. An echo of the ANONIMO logo is found at the point at midday, the numbers 20 and 40 engraved on the bezel, the appliques at noon, 4 o'clock and 8 o'clock in double stick form, which all go to evoke the traditional triangle of the brand.

In a 44.4 mm case combining brushed and DLC steel, this sports watch is equipped with the robust Sellita SW200-1 automatic movement. With the date housed at 6 o'clock and a guaranteed water resistance to 200 meters, the combined ruggedness and functionality are resolutely assured by this piece.

This racing watch, supplied with a black rubber bracelet with grid patterns, will ideally suit watch enthusiasts who appreciate the chic-sports look.

The price for the Anonimo Nautilo "Blue Leopard" is CHF 1,990.