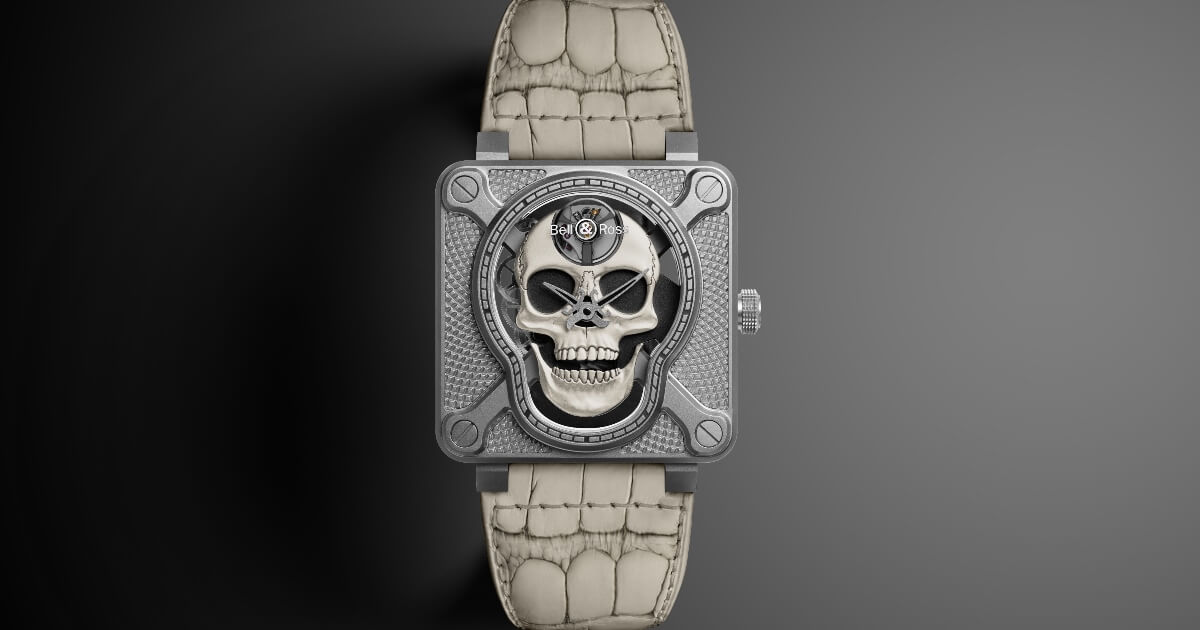 To celebrate it’s 10th anniversary, the Bell & Ross’ Skull collection has a new version that highlights more than ever the rebellious symbolism and the talisman spirit.

The BR01 Laughing Skull White features an archaic-looking skull, like the most formidable fighters of times gone by have demon strated their courage by sporting such skulls, both to intimidate their adversaries and to ward off bad fortune.

Bell & Ross is venturing into the field of automata for the first time. These autonomous mechanisms, which feature an animated display, appeared in Europe in the 14th century at the same time as mechanical clocks. The original Laughing Skull concept is therefore a kind of direct descendant of these elegant animation systems.

On this new Skull watch, it includes a surprise that will make you laugh: the mandible moves and the skull grins back at you! To create it, the brand developed the BR-CAL.206: a caliber entirely produced by the manufacture that is also skull-shaped, so that the mechanism fits the case perfectly.

Naturally, the skull on the dial is the key feature of this watch. It has been made from metal appliqué, which has been embossed to create a relief pattern. This process is usually used to mint coins or make medals. To reinforce its symbolic dimension, an ivory lacquer was applied and reworked on its surface. The patina, that is obtained, reminds the one covering the bones.

As an added bonus, the skeleton work gives the impression that the skull is floating weightless in the center of the case. The sword-shaped hands are similar to those on the earlier Skull collections, but on this model they are skeletonized and coated in Super-Luminova.

Produced in a limited edition of 99, the BR01 Laughing Skull White sports an aged and ivory alligator strap and will appeal particularly to collectors of Haute Horlogerie watches.