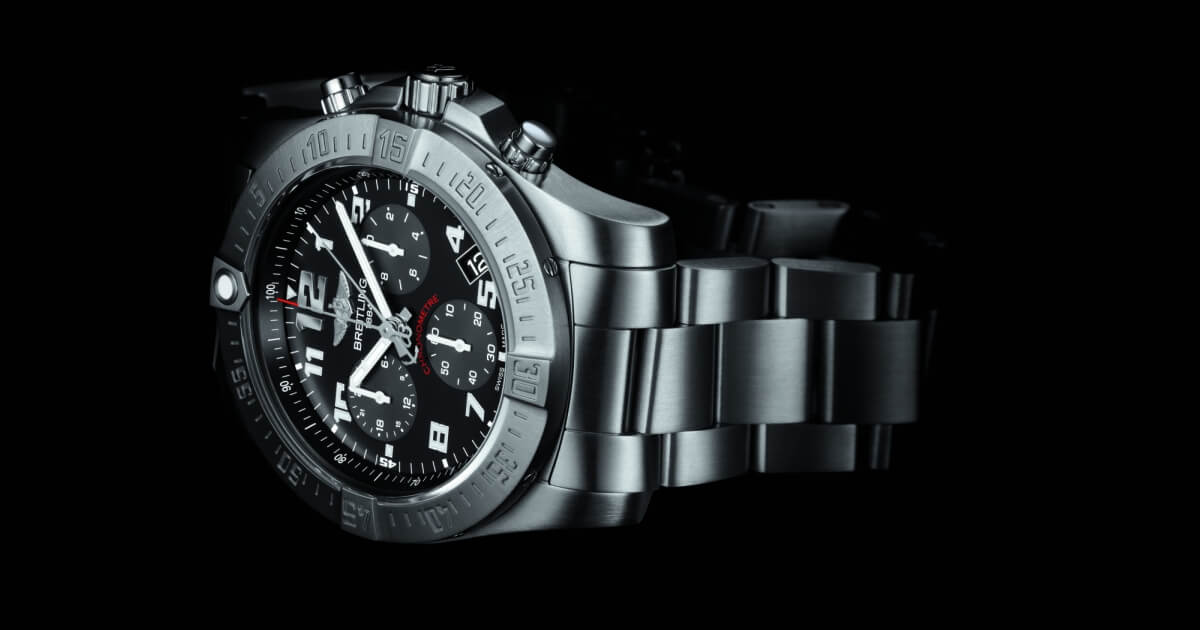 The new Breitling Chronospace Evo B60 welcomes aboard its sturdy and light titanium case the first analog-display quartz movement entirely developed by and for Breitling: a SuperQuartzTM chronograph caliber with 24-hour counter, central minutes and split times. An example of what can happen when independence meets performance...

Within the Professional range, synonymous with high-tech by Breitling, the Chronospace Evo already stood out as the only electronic model exclusively equipped with pointer-type displays. It now distinguishes itself even more strongly by becoming the first Breitling model to house an analog-display quartz movement entirely developed and produced by the brand.

An 'engine' developed and produced in Switzerland, which is joining the Caliber B50 with analog and digital displays, equipped with aviation-dedicated functions; and Caliber B55, the avant-garde connected chronograph - not to mention the broad range of mechanical Manufacture Breitling movements.

In creating the Caliber B60 electronic movement, Breitling has incorporated all the imperative requirements expected of an instrument for professionals. In addition to its precision ten times greater than a standard quartz movement, this thermocompensated SuperQuartzTM caliber, chronometer-certified by the COSC (Swiss Official Chronometer Testing Institute) is distinguished by the peerless functionality and legibility of its chronograph. Tenths of a second are displayed in a counter between 2 and 3 o'clock. The two central chronograph hands - a red-tipped one for the seconds and a white-tipped one for the minutes - serve to read off measured times with complete clarity, whatever the visibility conditions. They are complemented by a 24-hour counter between 9 and 10 o'clock, dedicated to missions lasting an entire day.

Another key asset in terms of efficiency is the fact that by pressing the pushpiece at 4 o'clock, the user can stop the chronograph hands at will to measure split times. A further press on this same pusher then enables the hands to "catch up with" the correct position and to continue the timing operation in progress. Exactly what is needed to keep track of feats achieved by several competitors taking part in a race, or to measure several successive times during a mission.

On the new Chronospace Evo B60, the legibility of the displays is further enhanced by large white luminescent hands and hour-markers standing out against the dark dial background. The unidirectional rotating bezel ensures an excellent grip thanks to its four rider tabs serving to mark off times. The titanium case, water-resistant to 100 m (330 ft), is fitted with protective reinforcements for its screw-locked crown.

The new Chronospace Evo B60 is available in two dial versions - one black with slate gray counters and the other blue with black counters - equipped with a bracelet in titanium or strap in leather or rubber. A strong and original face beneath which to house the new 100% Breitling 'engine'.