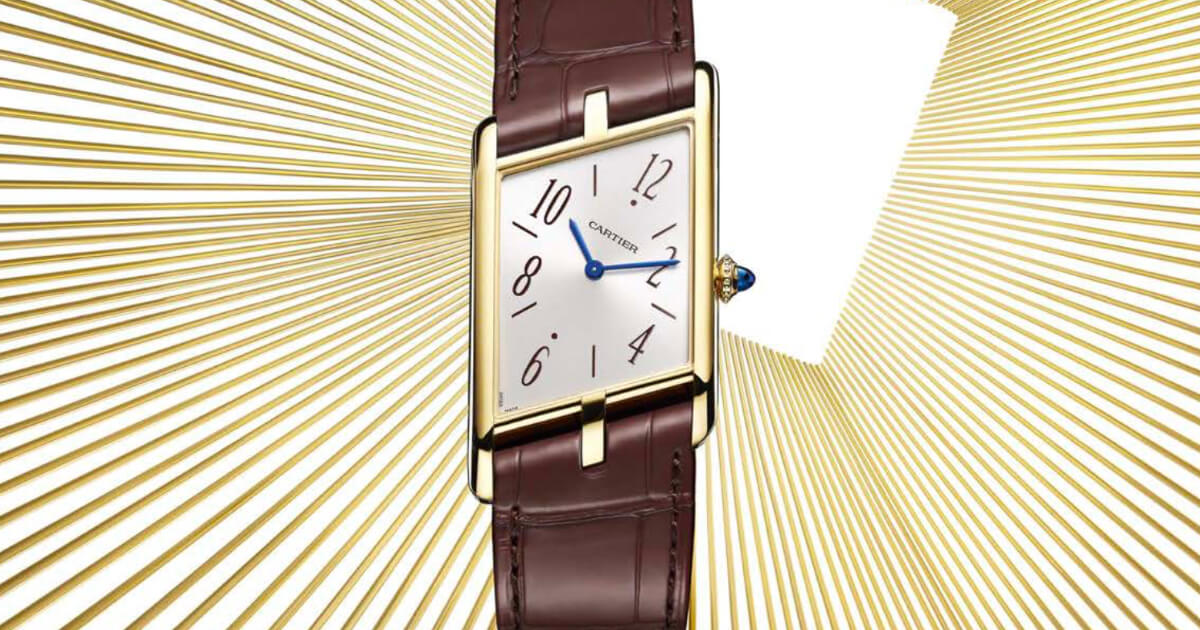 The Cartier Privé collection highlights the design of the Maison’s legendary watches. Since 2015, Cartier Privé has been releasing variations in limited and numbered series.

Following the Crash watch, the Tank Cintrée and the Tonneau watch (please read more about here) – the first models to be reinterpreted by the Cartier watchmaking design studio – it is the Cartier Tank Asymétrique’s turn to enter the exclusive circle of this connoisseurs’ club.

The Tank was Louis Cartier’s bright idea to give a watch the shape of a rectangle in 1917, at a time when timepieces were round. From 1917 to 1936, it saw multiple incarnations.

When it appeared in 1936, the Tank Asymétrique watch – also known at the time as the Parallélogramme or Losange – marked a break with tradition: unlike any other watch, it questioned the established order of things.

Everything on the dial was shifted 30 degrees to the right. The rectangle of the original Tank became a diamond, with the 12 placed in the upper right-hand corner of the case and the 6 opposite. Instead of Roman numerals, Arabic numerals – and only the even digits – appeared, all separated by indexes. The torsion effect was such that a specific strap needed to be developed for the watch. In addition, certain models saw the axis of symmetry in the center of the watch replaced by a special insert. This detail, which had nothing to do with aesthetics, was unique to the watch, making it highly rare today.

With its two horizontal shafts connected by two oblique ones, and its numerals off-set by 30° to the right, the presence of this new Tank Asymétrique on the wrist is striking.

In its refined volume, Cartier watchmakers have included the Manufacture 1917 MC movement, a noble movement due to the beauty of the manual winding gesture.

On the dial, the Arabic numerals and their separating indexes have been completely redesigned.

The watch is available in pink gold with a grey dial and strap, in yellow gold with a champagne dial and brown strap, and in platinum with a silver-colored dial, ruby cabochon and grey strap.

The made-to-measure straps are fitted with an ardillon buckle. Each aesthetic comes in a limited edition of 100 numbered pieces.

On the Tank Asymétrique skeleton watch, the 9623 MC skeleton movement appears at the center of a bare structure, punctuated by the 12 and the 6.

The integration of this specially developed calibre within an asymmetric watch fulfils the mission of the Cartier Privé collection: to apply technology to the service of design.

The movement, articulated on these two Roman numerals and the indexes, becomes the window to a surprising case.

The watch comes in pink gold on a brown or grey strap, in platinum on a blue or black strap, and in a gem-set platinum version on a black or glossy blue strap. Made to measure, these straps are fitted with an ardillon buckle, a rare option in Fine Watchmaking. An elegant and unique watch created in a limited series of 100 numbered pieces for each aesthetic.