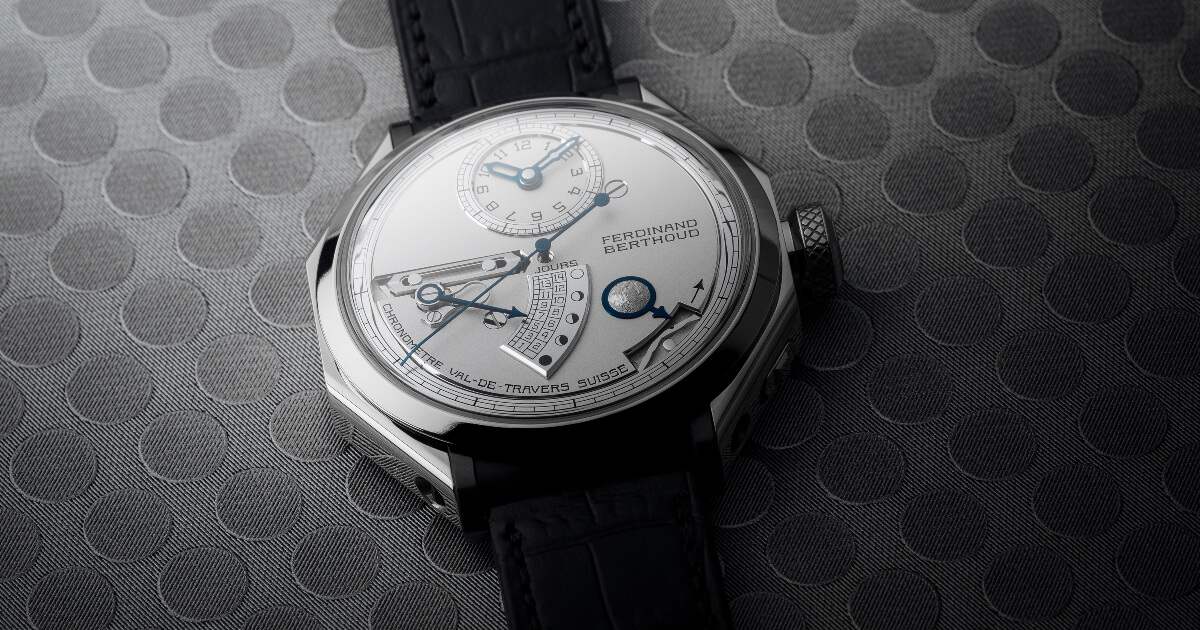 The date was Tuesday, September 22, 2015; the place, Paris. At the Yacht Club de France, Karl-Friedrich Scheufele officially unveiled Chronométrie Ferdinand Berthoud, the fruit of many years’ exploration of the works of Master Watchmaker Ferdinand Berthoud. At a time when standardisation, generic movements, and ever-shorter times to market had become the norm, the manufacture chose to go against the flow by offering the fruit of patient creation: an entire universe, commensurate with the stature of the man who inspired it: Ferdinand Berthoud (1727-1807).

Ferdinand Berthoud, Watchmaker-Mechanic by appointment to the French King and Navy from the time of Louis XV through until the Empire, was one of the greatest figures in watchmaking. He wrote a large number of treatises and is considered to be the father of timekeeping for the French Navy. He was also responsible for some of the most significant advances in the determination of longitude, the key to supremacy on the high seas in the eighteenth century.

Chronométrie Ferdinand Berthoud set out to live up to this legacy. The goal has remained unchanged: namely, the quest for precision. Implementation was preceded by a long period of meticulous historical research. A large number of timepieces made by the master were acquired, together with first editions of his watchmaking treatises. Each acquisition was carefully analysed, documented, and restored. The collection is now housed in a dedicated private museum at the manufacture in Fleurier, Val-de-Travers – the district in which Ferdinand Berthoud himself was born in 1727.

Chronométrie Ferdinand Berthoud's approach is based on two pillars: honouring the master's legacy and pursuing his quest for precision. The innovation that defined Berthoud's watchmaking genius has been transposed to the twenty-first century. The movement has been designed, produced, and fully hand-decorated using traditional tools, then assembled and adjusted in the manufacture, before being officially certified by the Official Swiss Chronometer Testing Institute (Contrôle Officiel Suisse des Chronomètres).

Ferdinand Berthoud's legacy beats within it: featuring a distinctive pillar structure, the movement is equipped with a fusee and chain mechanism, enabling the energy of the power spring to be distributed in perfectly smooth, constant fashion to the escapement.

Boasting a large-diameter tourbillon cage, the assembly is housed within an octagonal case. Just as on Ferdinand Berthoud's sea chronometers, this features side windows, allowing the movement’s workings to be admired. On the dial, the emphasis is on an instantly readable time display, with a large seconds hand positioned in the centre – a reminder that precision is at the heart of the FB 1 collection.

Timepieces are produced in strictly limited, numbered editions – only a few dozen leave Chronométrie Ferdinand Berthoud’s workshops every year. It did not take long for seasoned collectors to be won over by the sincerity and integrity of the approach, and distinctions were not long in following. In 2016, barely a year after its launch, the FB 1.1 was awarded the Mejor Reloj – the highest award at the SIAR Madrid watch show. That same year, Chronométrie Ferdinand Berthoud also scooped the Aiguille d’Or, the top prize at the Grand Prix de l’Horlogerie de Genève (GPHG) competition, for its FB 1.1 chronometer.

In 2019, it was the Chronomètre FB 1R's turn to win an award at the same event, with its regulator-style display and timekeeping performance commanding the attention of the members of the GPHG jury.

That same year, another new model was added to the collection – the Chronomètre FB 1L. At the intersection of astronomy and timekeeping, this version features a patented complication, providing an entirely new way of displaying the age and phases of the moon, with a hand that moves back and forth along a specially graduated scale.

Far from resting on its laurels, Chronométrie Ferdinand Berthoud is continuing its efforts unabated. The firm is now preparing to unveil the second chapter in its history, in which another outstanding movement will be playing a major role.