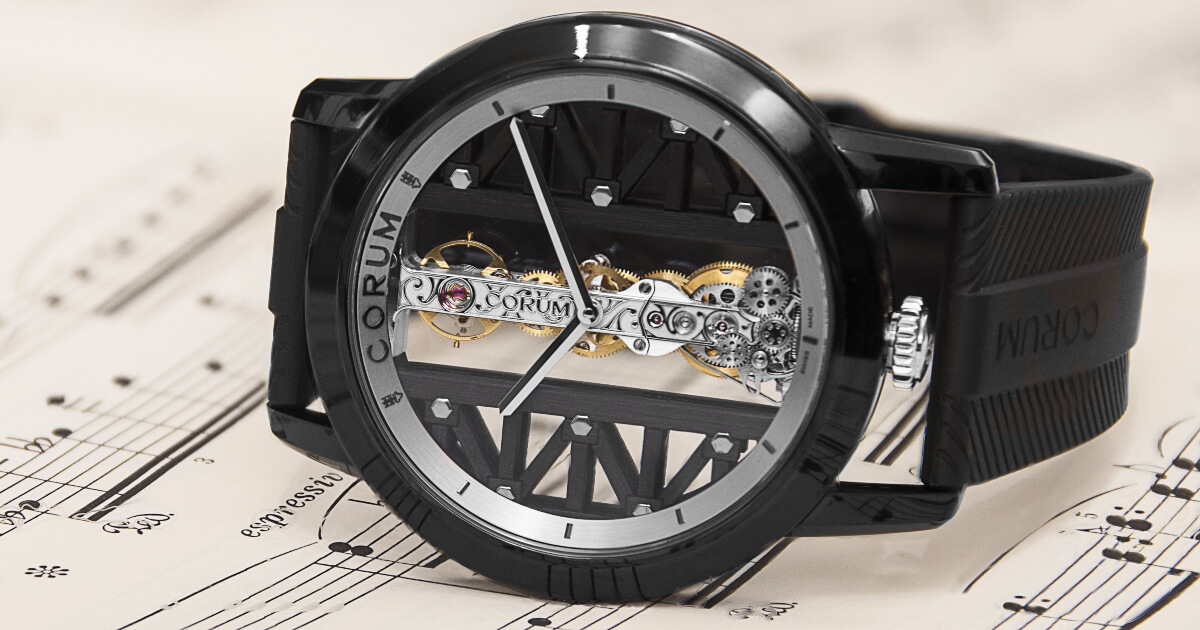 Back in black: the Golden Bridge returns in no less than six new modern, exclusive editions, decorated entirely in black. The first two are unveiled today, revealing a powerful and modern new look for this icon which was first presented forty short years ago.

Fashions change, yet the Golden Bridge remains. A unique piece that has gone against the trends since its creation in 1980, today it has been reinvented in six architectural versions with an original aesthetic design. They will be gradually revealed over the next few months, but the first two have been unveiled today.

The pervasive presence of a black DLC treatment on its case, bezel, and buckle forms the basis of the design. All of these components stand out with their depth, allowing for a stunning contrast with the baguette movement which, with its white or pink gold reflections, attracts all the light.

“The founding principle of the Golden Bridge is the emphasis on its baguette movement. Since 1980, the piece has been designed to attract all the attention”, explains Jérôme Biard, CEO. “These new versions are the perfect example of this. Titanium and DLC bring depth and modernity to the casing, which holds within it this legendary calibre with strength and elegance”.

As sculptural as ever, the baguette movement once again proves both its versatility and its modernity. Here, it works alongside a structure developed specifically by Corum which embodies a geometry of overlapping bridges that evoke the most stunning masterpieces of human genius, notably the suspension bridges like the Golden Gate or the Brooklyn Bridge. It is in total consistency with Corum’s artistic universe, its roots in La Chaux-de-Fonds (where Le Corbusier was born), its historical attachment to art and its capacity to break free from watchmaking codes.

The piece is available in two versions: white gold and pink gold. This variation is found on the movement, the hands, the flange, the crown and the screws which maintain the structure of both sides of the baguette movement. The rest of the covering is black. It’s the first time that Corum has conferred a black rubber bracelet, veined and engraved with the brand’s name, upon its Golden Bridge.

Spirited and powerful, this new Golden Bridge Titane DLC model will be complemented in the upcoming months by two other models, each available in the same shades of gold. This aspiring triptych, resolutely geared towards the power of its architecture, breathes life into the Golden Bridge, and is destined for an audience of collectors of contemporary, radical fine watchmaking.