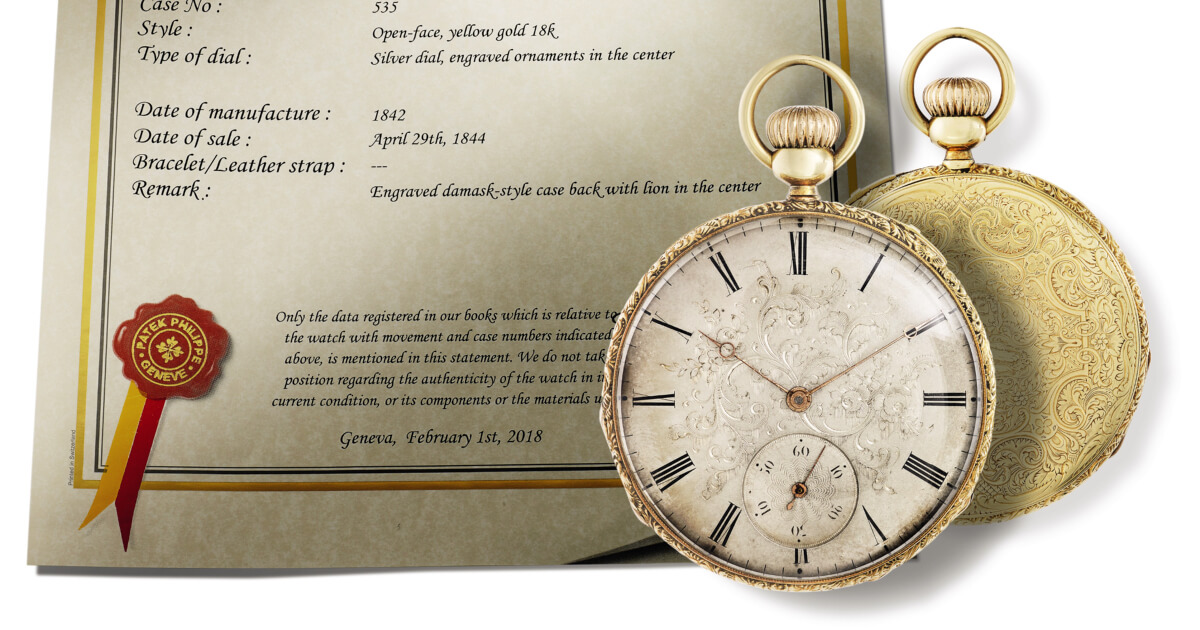 Czapek & Cie Acquires A Milestone Of Its Founder’s Earliest History

Czapek has announced the acquisition of watch No. 535 at Sotheby's Important Watch auction. The timepiece, made by Patek, Czapek & Cie’s in 1842, is a very rare and early yellow gold open faced stem winding cylinder watch. Purchase was made possible by the joint efforts of twenty Czapek & Cie shareholders. It represents a historic moment for the company on its way to re-establishing Francois Czapek’s name and fame and contribute creatively to the world of independent high-end watchmaking.

The auction took place on May 13 at Sotheby’s in Geneva. The lot was bought for 65,000 Swiss Francs (many times more than the estimated value of 7,000-10,000 Swiss Francs) after a long bidding process with fellow collectors.

Patek, Czapek & Cie’s Reference No. 535 is a rare horological treasure. In 1839, Francois (formerly Frantisek) Czapek and Anton de Patek launched a six-year-long joint watchmaking business. Patek, Czapek & Cie is thought to have produced approximately two hundred watches per year. Watch No. 535 is one of only forty-two pieces that was made with the stem winding system, otherwise known as keyless watches. This makes it one of the earliest surviving pieces. To the best of Sotheby’s knowledge, it has never before been offered at auction (the earliest number with a stem winding system is No. 171).

Patek, Czapek & Cie used stem winding systems made by Louis Audemars of Le Brassus from 1839 to 1845. Audemars was considered one of the pioneers of the keyless watch and sold unfinished movements to many firms in Geneva including Patek, Czapek & Cie. Though Jean Adrien Philippe is known as the inventor of the modern keyless stem-winding mechanism for watches, his stem-winding system only got patented in 1845 (French patent No. 1317).

The reference No 535 has a diameter of 47.5 millimetres. It is also atypical for its large size, which was likely due to the space needs of the stem winding system. It features a pendent winding mechanism, an exquisite engraved dial, and an engraved damask-style yellow-gold case with a lion in the center. The watch comes with archival documents confirming the year of manufacture as 1842 and date of sale on April 29, 1844.

“Acquiring watch No 535, is a demonstration of our commitment to safeguarding the patrimony of the company’s founder," Xavier de Roquemaurel, CEO of Czapek & Cie, commented. Indeed very few Patek, Czapek & Cie watches are on the market, and this acquisition represents a major milestone for the company. "We can now write our history now on our own terms. The company is also a story of many individuals investing together to make a dream come true. That’s why we thought of joining forces to bid together on this extraordinary watch, which will now become part of our ongoing and amazing adventure!”