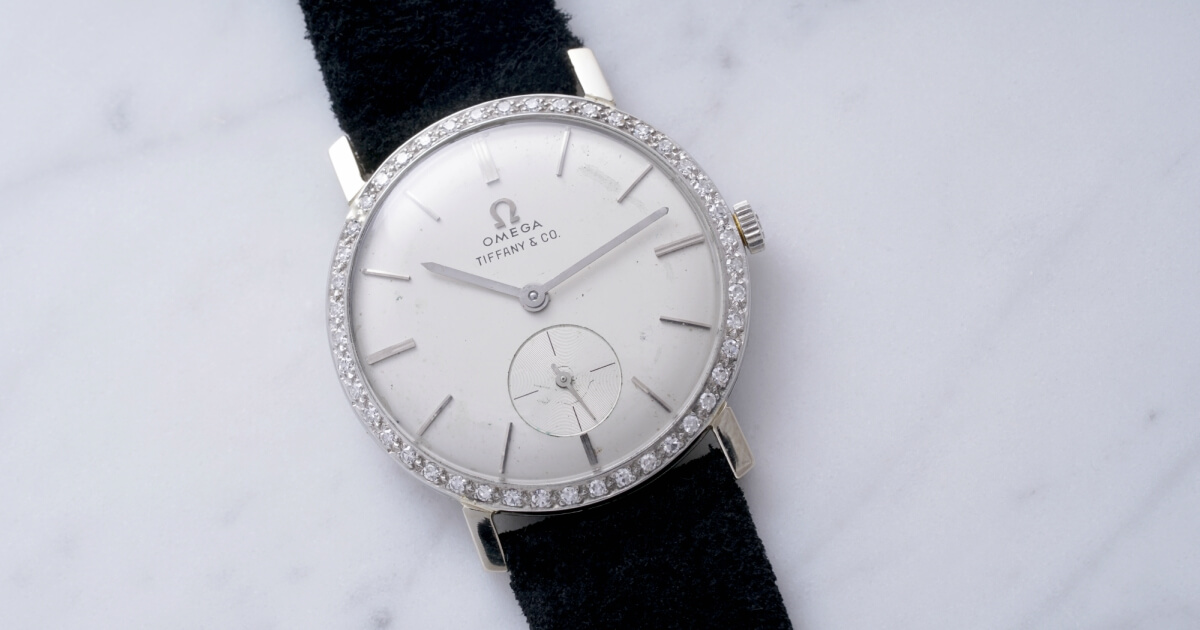 Phillips in Association with Bacs & Russo announced the sale of Omega wristwatch, once belonging to Elvis Presley. The watch was gifted to him in 1961 by RCA Records to commemorate his remarkable achievement of selling 75 million records.

This 18-karat white gold and diamond Omega wristwatch was purchased by RCA Records at Tiffany & Co. The case back of the watch is inscribed – “To Elvis, 75 Million Records, RCA Victor, 12-25-60”.

The watch was given to the current owner’s uncle after he had expressed his admiration for Elvis’s watch. Spotting the diamond studded Hamilton the admirer was wearing, Elvis proposed a trade, and they quickly exchanged timepieces.

Elvis is well known to have given away watches he purchased or was given, and a small number of these have appeared at auction in the past. No other Elvis Presley-owned watch has been previously offered on the market that marked such a significant achievement in his career as the present lot. The incredible provenance of this historic timepiece is furthermore confirmed by photos of Presley wearing the watch at the charity concert, as well as certificates of authenticity from the Elvis Presley Museum.

The elegant dress watch is cased in 18k white gold, housing a manually-wound Omega caliber 510 stamped with the “OXG” import code for the US – in accordance with the “Tiffany & Co.”retailer signature beneath “Omega“ at 12 o’clock. The bezel is set with forty-for round brilliant diamonds, accenting its vibrant silver dial. The watch will be sold with certificates of authenticity from Elvis Presley Museum and a book titled “Elvis”, by Dave Marsh, that includes images of Elvis Presley wearing this watch.

This watch will be on view from 16 to 18 February at Opera Gallery Miami Design District during Watches & Wonders Miami. Further exhibitions to take place around the world will be announced at a later date.