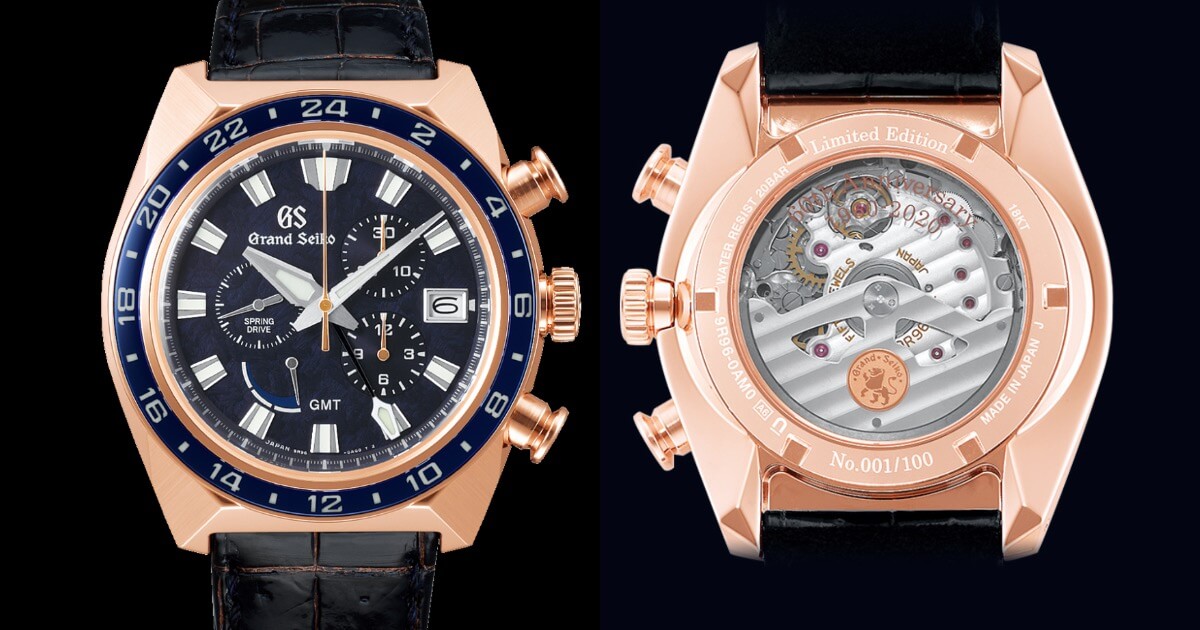 The lion mark was born together with the first Grand Seiko in 1960. It reflected the ambition of the Grand Seiko team to make a watch that was as precise, durable and beautiful as could be and revealed the intensity of their determination. They defined their goal as making the "king of watches". So it was that the lion mark came to symbolize the inner strength of Grand Seiko and inspire its watchmakers to create the very best timepieces of which they were capable.

This new watch's design takes inspiration from the traditional Japanese armor worn by samurai warlords during the Sengoku period, a time marked by civil wars and social upheaval in the late 15th to early 17th century. The timepiece expresses the unwavering spirit of the samurai and Grand Seiko's continuous pursuit for the ultimate in watchmaking on its 60th anniversary.

The distinctive blue color of indigo dye, known as "Katsu-iro," was favored and used by the Samurai for their armor and represented their bravery.

This "Katsu-iro" color is applied for the dial and together with the watch case reminiscent of a powerful lion, the timepiece expresses the martial warrior's noble spirit.

The grooves of the Katsu-iro colored crocodile strap are applied rose gold to reflect the strength and dignity of the armor that has been used in battle over a long period of time.

The case, which embodies the intense strength and dignity of lions, is angled inwards to ensure a soft fit on the wrist. It reproduces the strength of the lion's forelegs to grasp and not release prey, providing overwhelming wearability.

The lug of the case looking like a lion's nail has a flat surface without distortion by Zaratsu polishing and hairline finish. It is a case design that gives a brave impression like a lion.

The dial has a pattern representing the mane of the lion, which is the proof of the king of the beasts. A second hand with glide motion unique to the Spring Drive slides gracefully on the lion's mane.

The new timepiece carries the lion symbol in the form of an 18k gold insert in the oscillating weight, denoting the enhanced accuracy of the specially adjusted movement (+/-0.5 seconds a day).

As a proof of the limited edition, "Limited Edition" and the serial number are printed on the case back, with "60th Anniversary 1960-2020" on the crystal sapphire glass in rose gold.

Caliber 9R96 is specially adjusted Caliber 9R86, to deliver an even higher level of precision.

The difference between the two movements lies in the quartz crystal oscillator, which delivers accurate electrical signals.

The Grand Seiko lion in 18K gold graces the oscillating weight to symbolize the enhanced accuracy.

·       Serial number engraved on the case back

The price for the Grand Seiko Spring Drive Chronograph GMT 60th Anniversary Limited Edition is Euro 45,000. The watch will be limited edition of 100 pieces and will be available in October 2020.