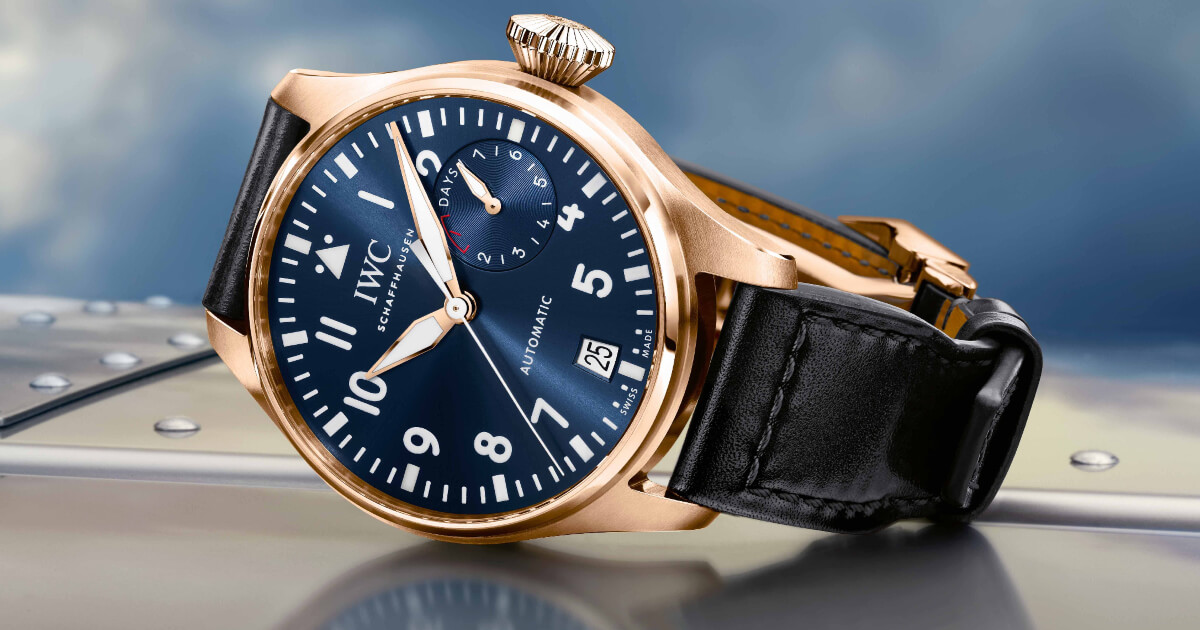 This Sunday, whilst attending the 91st Academy Awards ceremony, American Actor and Director Bradley Cooper will wear a unique IWC Big Pilot’s Watch with a special engraving. The watch on the wrist of the IWC brand ambassador will be offered by Sotheby’s in an exclusive online auction, open for bidding from today until 4 March. A personal letter from Bradley Cooper to the new owner will accompany the watch. IWC will donate its full proceeds to the Antoine de Saint-Exupéry Youth Foundation. These proceeds will be used by the foundation to support Arrimage, a charitable organization that focuses on teaching visually impaired children how to read drawings using their sense of touch.

Christoph Grainger-Herr, CEO of IWC Schaffhausen, commented: “The support of disabled children and adolescents is one of the cornerstones of our CSR effort. I am pleased that, together with our brand ambassador Bradley Cooper, and the Antoine de Saint-Exupéry Youth Foundation, we have the opportunity to support the association Arrimage.”

Speaking ahead of the auction, Mikael Wallhagen, Head of the Watch Division for Sotheby’s in Geneva, said: “IWC Schaffhausen’s master watch-makers have produced a complex and beautifully crafted symbol of Antoine de Saint- Exupéry’s pioneering spirit. After witnessing dreams come true on the stage of the Oscars this Sunday, it will be a privilege for us to offer this one-of-a-kind watch in our upcoming sale and to support the important work of the foundation, helping future generations to aim high and pursue their own dreams.”

A Big Pilot’s Watch Single Piece With A Special Engraving

The IWC watch Bradley Cooper will be wearing at The Oscars is a Big Pilot’s Watch single piece with a special engraving (Ref. IW500923). The timepiece features a midnight blue dial and is housed in a case made of 18- carat 5N gold. It is powered by the IWC-manufactured 51111-calibre movement. Within no time at all, the spring- mounted rotor and Pellaton pawl-winding system build up a power reserve of seven days. On the case back, there is an engraving of an iconic quote from Antoine de Saint- Exupéry‘s The Little Prince: “It is only with the heart that one can see rightly“.

Bidding for the watch will open at $16,000. IWC will donate its proceeds from the auction to the Antoine de Saint-Exupéry Youth Foundation, helping it to support the association Arrimage in Nice, France. The association was established by Dr. Claude Garrandes, a blind French artist and teacher. One of its main projects focuses on teaching visually-impaired children how to read drawings in two-dimensional relief through the sense of touch. For this project, the foundation created the first-ever tactile art book of embossed illustrations of The Little Prince that it created. Thanks to teaching tools created by Arrimage, blind children are also given the opportunity to learn how to draw themselves.

Accessories: IWC guarantee, booklets and presentation case as well as a personal letter from Bradley Cooper to the new owner will accompany the watch.