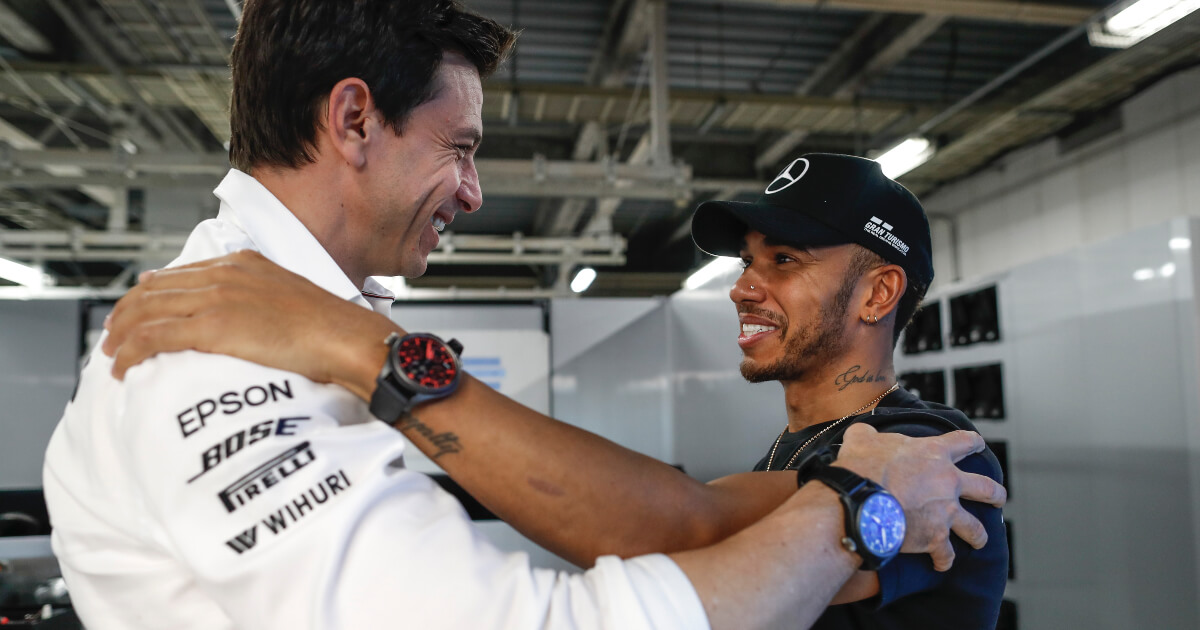 Hamilton’s 4th place in Mexico comes as no surprise as the British racing driver has delivered yet another stellar season: he graced the podium a total of 15 times – nine times as the winner, three times in second place, and three times in third place. Hamilton has already won the World Drivers’ Championship in motorsport’s elite class four times, in 2008, 2014, 2015, and 2017.

“Lewis’s achievement cannot be overestimated. Only a true champion can perform for so many years at such a high level, especially in a hugely competitive sport like Formula One, where victory and loss are sometimes separated by just a few milliseconds. We are particularly proud to have been working together with Lewis since 2013. He embodies perfection, passion, and quality – the same values which we, as watchmakers, feel a deep commitment to,” said Christoph Grainer-Herr, CEO of IWC Schaffhausen.

The relationship between Hamilton and IWC builds on the long-standing and fruitful collaboration between the Swiss luxury watch manufacturer and Mercedes. IWC has been a partner of Mercedes-AMG, the high-performance brand of Mercedes-Benz, since 2004. As a logical consequence, IWC became the “Official Engineering Partner” of Mercedes-AMG Petronas Motorsport in 2013. After five seasons, a long-term extension to the existing partnership has been agreed.

Hamilton is also a regular and welcome guest at IWC events, where the Formula One star frequently provides surprising personal insights into his career and life. Just a week ago, he took part in an intimate discussion hosted at the IWC flagship boutique in New York, alongside Hollywood actor and IWC brand ambassador James Marsden.