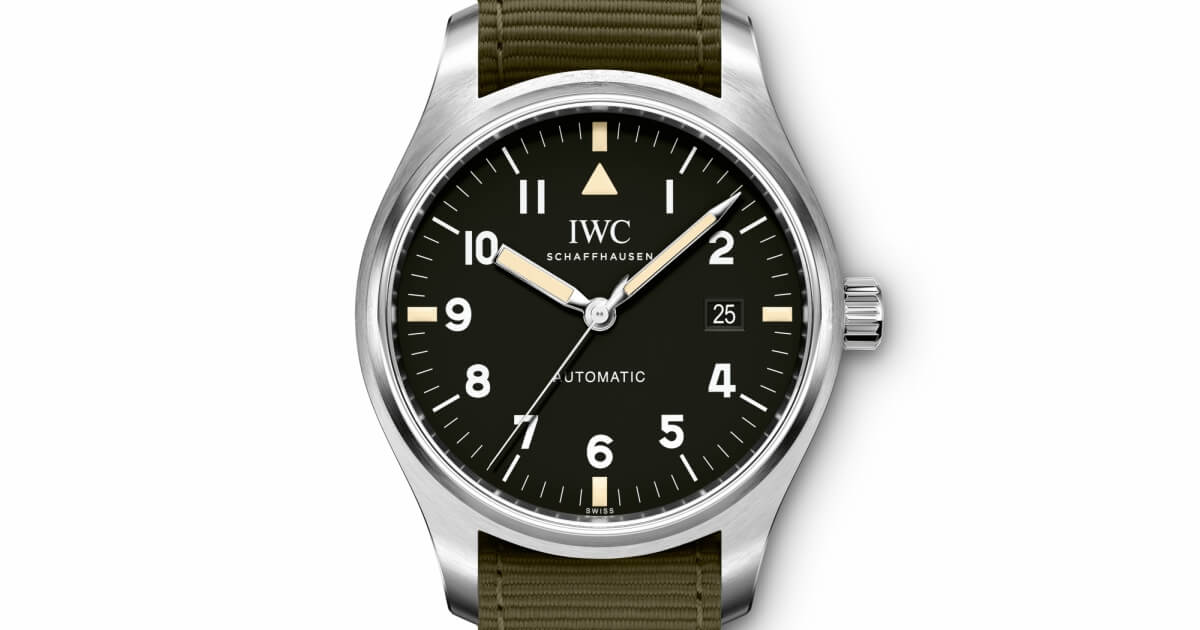 IWC Schaffhausen is launching a special version of the Pilot's Watch Mark XVIII featuring the original design of the historic Pilot's Watch Mark 11. In reference to the year in which the first Mark 11 was produced, this special edition is limited to 1,948 watches.

The Pilot's Watch Mark XVIII Edition "Tribute to Mark XI"(Ref. IW327007) incorporates aspects of the iconic design of the historic Mark 11 such as the yellow "Balkenkreuz" insignia and baton hands. The small triangles at "3, 6, 9 and 12 o'clock" and the hands are coated with luminescent material to ensure optimal legibility, even at night. The model differs from the Mark XVIII from the current collection in that the indices are thinner and the triangular index at "12 o'clock" is not flanked by two dots.

Like the original from 1948, the functional sports watch is worn on a green textile strap, also known as a Nato strap. A soft-iron cage protects the automatic calibre from magnetic fields and the sapphire glass is secured against sudden drops in pressure in the cockpit.

The Pilot's Watch Mark 11 with a black dial and luminescent white Arabic numerals was produced in Schaffhausen from 1948 until the early 1980s. It was primarily supplied to the Royal Air Force but was also used by other Commonwealth armed forces. In 1994, a subsequent civilian model - the Mark XII - started the enduring tradition of Mark Pilot's Watches, which have long since been among the most popular watches manufactured by IWC Schaffhausen.