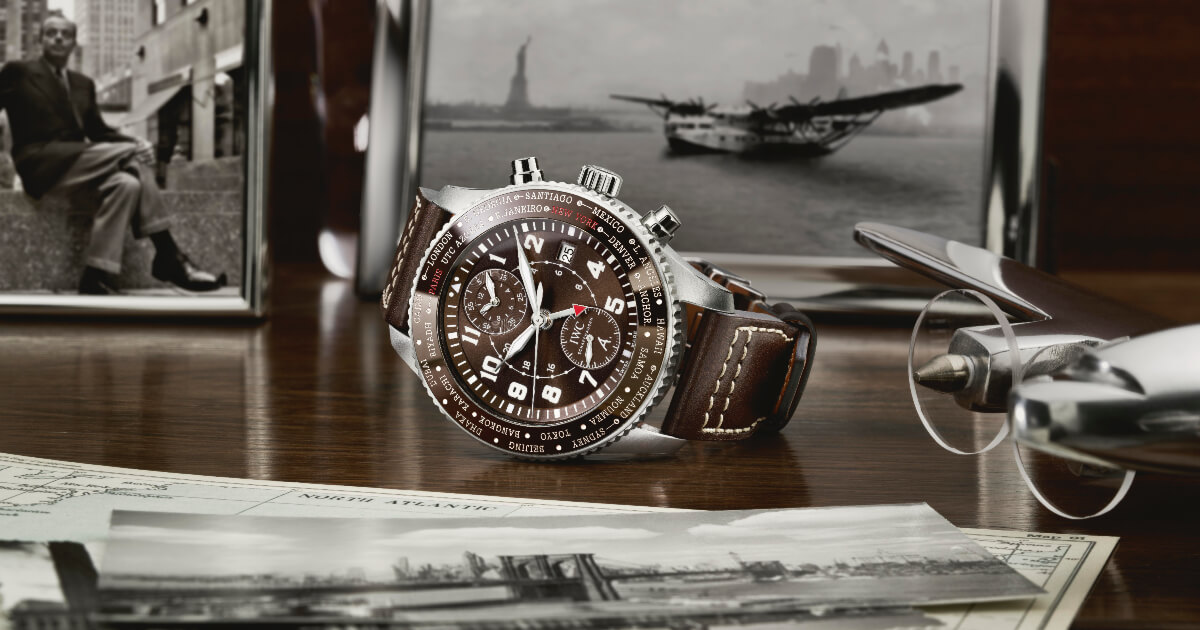 IWC Schaffhausen and the Antoine de Saint Exupéry Youth Foundation have marked the 80th anniversary of Antoine de Saint Exupéry’s historic flight across the Atlantic, with an exhibition at the IWC Boutique in New York. The Swiss luxury watch manufacturer has also created a special timepiece, the Pilot’s Watch Timezoner Chronograph Edition “80 Years Flight to New York”, to commemorate the author’s trip aboard the French flying boat Latécoère 521.

In addition to breaking records as a pilot, Antoine de Saint Exupéry made aviation history as a passenger too. Travelling onboard the Latécoère 521 “Lieutenant de Vaisseau Paris” in July 1939, the aviator and writer took part in the flying boat’s first nonstop crossing of the North Atlantic in just 28 hours and 27 minutes. Celebrating the anniversary of his involvement in this epic flight, IWC Schaffhausen’s exhibition showcases stunning photographs and other items from the period.

As well as telling the story of Saint Exupéry’s journey aboard the luxuriously-equipped flying boat, the retrospective looks back on the exciting times the famous French aviator and writer spent in New York itself. While living there, he wrote his most famous literary work, “Le Petit Prince” (“The Little Prince”).

Indeed, the Big Apple is so significant in his career that IWC and the Antoine de Saint Exupéry Youth Foundation, in partnership with the Latécoère Foundation, have published a new coffee table book on the subject. Lavishly designed, it will be on display at IWC Boutiques around the world.

At the anniversary exhibition in New York, IWC also officially launched the Pilot’s Watch Timezoner Chronograph Edition “80 Years Flight to New York” (Ref. IW395003). In a nod to the transatlantic flight itself, the timepiece features the patented timezoner function, which allows the wearer to adjust the time zone by simply pressing down and rotating the bezel. On the bezel made of brown ceramic, “Paris” and “New York” are marked in red.

The sepia-brown dial is inspired by the pilot suits from the era of Saint Exupéry, and the case back features an engraving of the Latécoère 521. The watch is powered by the IWC-manufactured 89760 calibre and features a chronograph function that displays the stopped hours and minutes combined on a subdial at “12 o’clock”.

In recognition of it being the 80th anniversary of the flight, the new watch will be limited to just 80 pieces. IWC will donate the full proceeds from the sale of the first watch (piece “1 of 80”) to the Saint Exupéry Foundation, as it continues to support educational programmes for young people around the world.