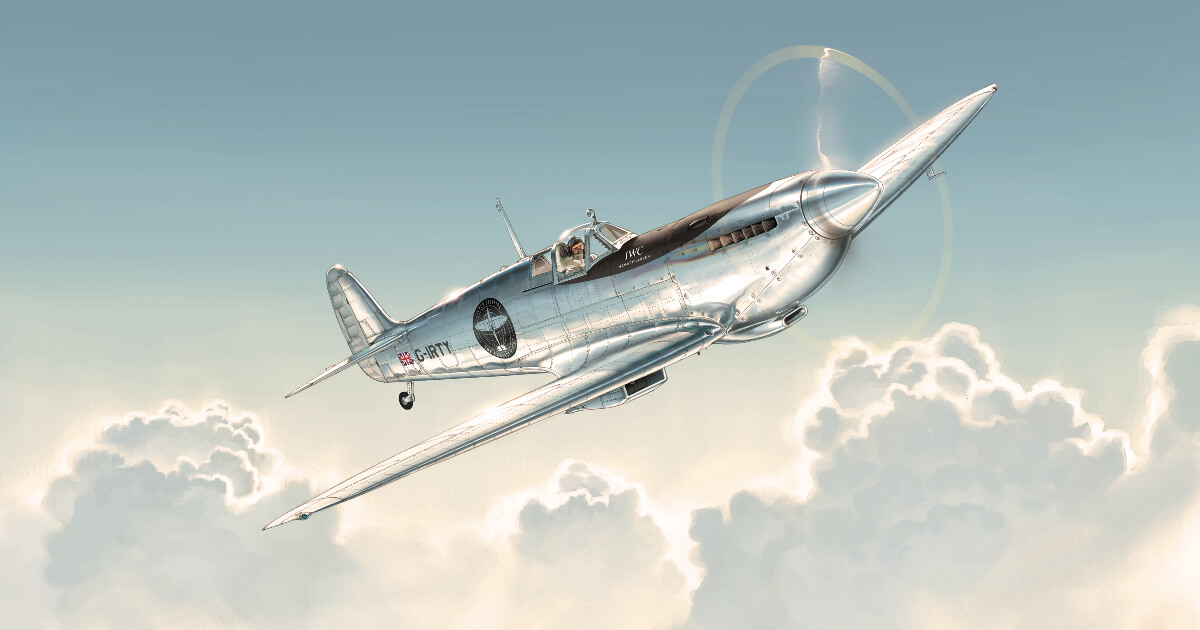 IWC Schaffhausen lends its support to the “Silver Spitfire – The Longest Flight” expedition as its main sponsor. Next summer, a carefully restored Spitfire boasting a unique silver-chrome finish will take off from London to embark on a round-the-world flight. The aircraft, built in 1943, will cover more than 43,000 kilometres over several months, visiting some 30 countries on its way. The circumnavigation honours the quintessential design and unparalleled engineering of the iconic British plane. The expedition is the brainchild of Steve Boultbee-Brooks and Matt Jones, founders of the Boultbee Flight Academy, based on the Goodwood Estate in the south of England. IWC is establishing a long-term partnership with the first official Spitfire flying academy.

IWC looks back over an 80-plus year history of manufacturing pilot watches and has even previously commemorated the Spitfire plane with several special-edition watches. Their dedication to this particular project once again underscores the Swiss watchmaker's passion for aviation. Furthermore, the visionary engineering and timeless design of the Spit re are characteristics also embodied by the expertly engineered watches from Schaffhausen. "More than any other aircraft, the Spitfire symbolises man's dream of flying. She is a masterpiece of engineering, who was born ahead of her time and who continues to dazzle with her iconic design. We were instantly captivated by the ambitious idea of flying this aircraft around the world and we are excited to be able to help this adventure along its way," explains Christoph Grainger-Herr, CEO of IWC Schaffhausen.

At the same time, IWC is announcing a partnership of several years with the Boultbee Flight Academy. The institution, founded by pilots Steve Boultbee-Brooks and Matt Jones, is the first officially recognised Spitfire flying academy in the world. "IWC Schaffhausen shares our passion for aviation and our admiration for the Spitfire. We know we have found the perfect partner to make our vision of a round-the-world flight a reality," explains Matt Jones.

An Icon In Flight Around The World

The Spitfire marked MJ271 was built in 1943 in Castle Bromwich. At present, the aircraft is being stripped down to its component parts and painstakingly restored. Every single part is being lovingly polished by hand to a brilliant sheen to give the plane its dazzling silver appearance. In spring 2019, the public will have their first chance to see the aircraft, rechristened the "Silver Spitfire".

The round-the-world flight will depart next summer in England. The first part of the tour will see it fly via Canada and into the USA. This route allows the expedition team to bene t from the comparatively mild weather conditions of the Arctic. From there, the route continues via South East Asia to India, before turning towards the Middle East and flying on back to Europe. On its way, the "Silver Spitfire" will also touch down in several countries that have never before seen an aeroplane of this sort on their runways.

French artist Romain Hugault, famed for his aviation- themed illustrations, will be accompanying the Spitfire to create an artistic record of the journey. Hugault holds a pilot's licence and can often be seen behind the controls of his 1942 Piper L4. He is widely regarded as one of the pre-eminent illustrators of classic aviation.