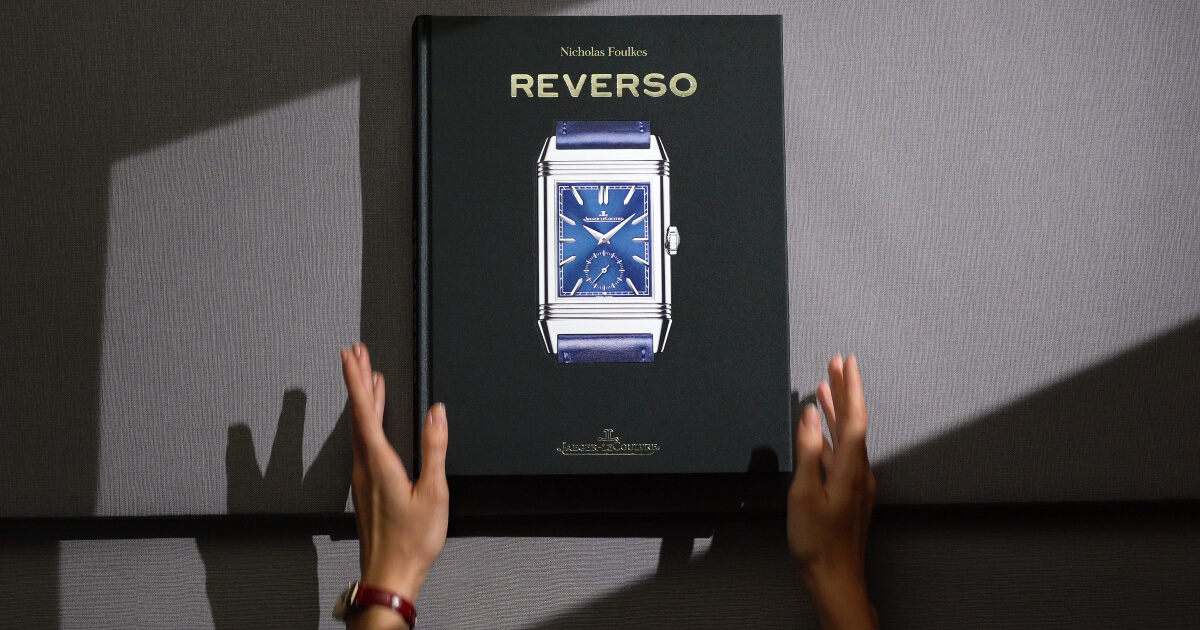 Jaeger-LeCoultre announces the publication of a new book, Reverso, launched in collaboration with luxury publisher Assouline. This richly illustrated volume traces the story of one of the world’s most recognizable wristwatches through archive images and original photography, together with an evocative text by noted author historian journalist and horological specialist Nicholas Foulkes.

Born in 1931, at the height of the Art Deco period, the Reverso was created in response to the challenge of designing a wristwatch that could withstand the rigours of polo matches. It captured the essence of the time – a period when the spirit of modernity changed everything, from social mores to architecture, music, sport and every field of design.

Epitomizing this spirit with its sleek form and unique reversible case, the Reverso has remained an eternal expression of modernity for 90 years, continually reinventing itself while never compromising its identity. Its blank metal flip side, which began as a purely functional solution, became a canvas for creative expression, decorated with enamel, engravings or gemstones.

As well as tracing the history of the watch and its evolution over the past nine decades – with more than 50 calibres and several hundred dials – the book explores the social milieu and cultural changes that provided the backdrop to the creation of the Reverso and, later, its continued reinvention. It shares the stories of more than a dozen Reverso owners who have personalized their watches in deeply meaningful ways.

And it also tells the fascinating story of Jaeger-LeCoultre’s founders, their inventions that have had a profound impact on horological history, and the Maison’s development as an integrated Manufacture with 180 skills brought together under one roof.

In 1931, Jaeger-LeCoultre launched a timepiece that was destined to become a classic of 20th-century design: the Reverso. Created to withstand the rigours of polo matches, its sleek, Art Deco lines and unique reversible case make it one of the most immediately recognisable watches of all time.

Through nine decades the Reverso has continually reinvented itself without ever compromising its identity: it has housed more than 50 different calibres, while its blank metal flip side has become a canvas for creative expression, decorated with enamel, engravings or gemstones. As the Reverso celebrates its 90th anniversary in 2021, it continues to epitomise the spirit of modernity that inspired its creation.

Founded by Prosper and Martine Assouline in Paris twenty-five years ago, Assouline is the first luxury brand on culture. The brand’s story began with the desire to create a new, contemporary style of book, using the couple's experienced eye for visually rich stories and compelling narratives.

Guided by their passion for knowledge, culture and travel, the Assoulines have since expanded their vision to fifteen hundred titles in six main collections and have curated some of the world’s most aspirational private libraries. Throughout the last quarter of a century, the brand has established a family of international boutiques in prominent places across the globe, with each location contributing to their vast collection of titles, as well as their personal curations of rare books and objects—creating the perfect cabinets de curiosités.

The price for the Reverso book is $195 and will be available from February 2021.