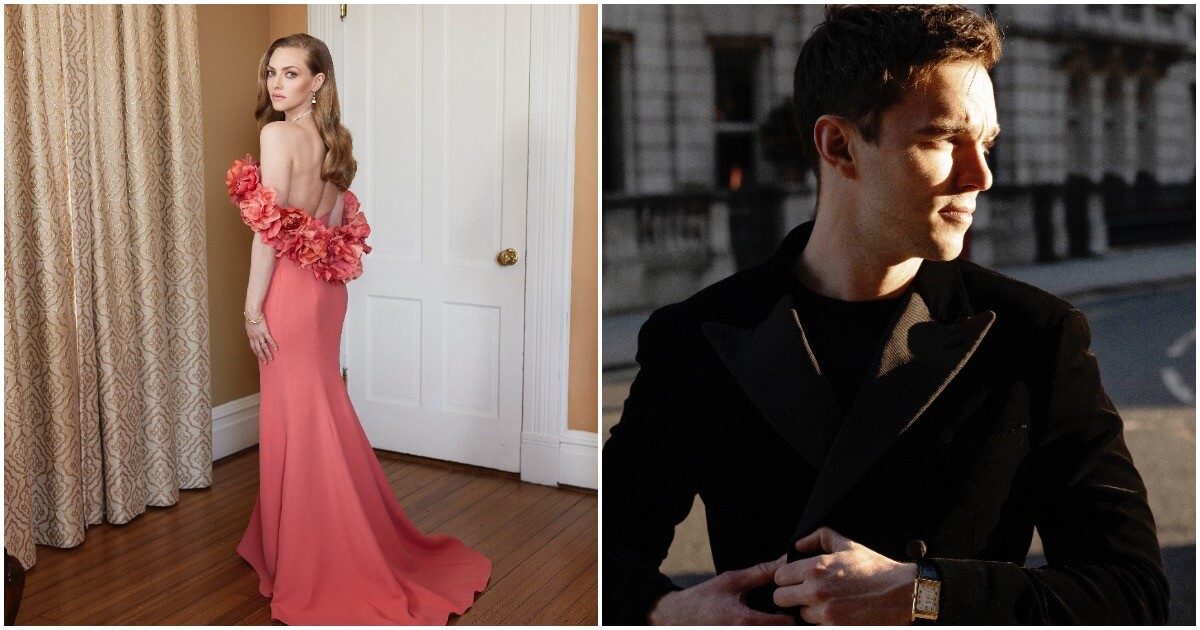 Friend of the Maison Amanda Seyfried was elegantly wearing a Jaeger-LeCoultre 101 Feuille in pink gold (please read more about here) at the 78th Golden Globe Awards. A precious model that combines the watch and jewelry-making expertise of the Manufacture.

"The Jaeger-LeCoultre jewelry watch is effortless because it pairs well with everything and adds a refined and glamorous touch to my whole ensemble." - Amanda Seyfried.

"My favourite design is the Reverso Duoface. It can evolve from a daytime watch into an elegant evening timepiece. Perfect for tonight!" - Nicholas Hoult.

About The Jaeger-LeCoultre 101 Feuille

Originally conceived and developed for jewellery watches and introduced in 1929 by La Grande Maison, Calibre 101 revolutionised feminine watchmaking – its minuscule size and baguette shape offering new realms of aesthetic freedom to designers. At 14mm long, less than 5mm wide and weighing barely one gram, the tiny, hand-wound calibre remains the smallest mechanical movement in the world to this day.

The 101 Feuille is adorned with 167 pavé diamonds (10.3 carats), nestled against one another and arranged by hand at the Manufacture’s workshops. On the silvered opaline dial, two discreet Baton hands reflect eternal femininity. And could anything better enhance the union of mechanical perfection and jewellery excellence than pink gold? Sensuous, exquisitely feminine, and timeless, this precious metal is perfectly suited to its new starring role.

About The Jaeger-LeCoultre Reverso

In 1931, Jaeger-LeCoultre launched a timepiece that was destined to become a classic of 20th-century design: the Reverso. Created to withstand the rigours of polo matches, its sleek, Art Deco lines and unique reversible case make it one of the most immediately pitomizele watches of all time.

Through nine decades the Reverso has continually reinvented itself without ever compromising its identity: it has housed more than 50 different calibres, while its blank metal flip side has become a canvas for creative expression, decorated with enamel, engravings or gemstones. Today, 90 years after the Reverso was born, it continues to pitomize the spirit of modernity that inspired its creation.