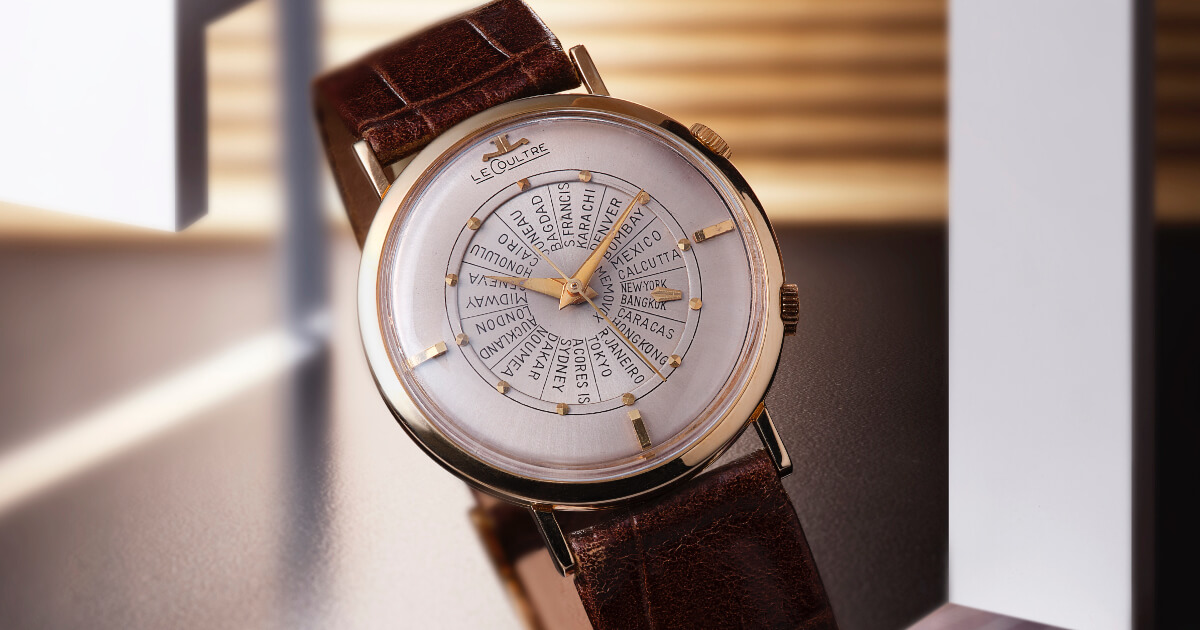 For Jaeger-LeCoultre, chiming watches hold a special significance and over the past 150 years, they have had a major presence in the Maison’s portfolio of complicated timepieces. Since producing its first minute repeater in 1870, the Manufacture has developed more than 200 chiming watch calibres. It has mastered all forms of chiming mechanism, from relatively simple alarm calibres to the most complex of all – the grande sonnerie and Westminster chimes. The Manufacture’s constant quest to improve both timekeeping accuracy and sound quality has resulted in multiple patents and countless innovations and, until the mid-20th century, it supplied chiming movements to many of the most exalted names in Swiss watchmaking.

From Music Boxes To Pocket Watches

Before Antoine LeCoultre turned to watchmaking, he and his father invented a new type of ‘keyboard’ for mechanical music boxes. Cut from a single piece of metal and shaped like a comb (peigne in French), it improved the quality of the sound, and prevented the instrument from detuning. Variations of this device became standard for almost all music boxes. Jaeger-LeCoultre’s Heritage Collection features an early example from the 1820s, fitted with a LeCoultre ‘Peigne’ mechanism and set in a finely decorated tortoise-shell box.

After it was established in 1833, the LeCoultre atelier quickly gained a reputation for both inventiveness and quality and, by the 1860s, was known for its complicated watch movements, incorporating calendars, chronographs and chiming mechanisms. Around 1880, a decade after developing its first minute repeater, the Manufacture LeCoultre created Calibre 19/20 RMS, a Minute Repeater with Three Hammers, rather than the standard two hammers and gongs. Thanks to the third hammer, it creates a unique melody, with a distinctive three-note chime for the quarters.

As the Maison broadened its expertise, watchmakers also incorporated automata into chiming watches. The best-loved of these were jacquemarts – human figures with articulated limbs, set on the watch dial. Animated by the watch movement to coincide with the striking of time, they provide a visual representation of the chime. The intricate dial of an early 1890s Jacquemart Pocket Watch by LeCoultre, features a pair of jacquemarts in a romantic scene, decorated with enamel and engraving.

In 1895, Jaeger-LeCoultre invented and patented the silent strike-governor, also known as the silent regulator. This eliminated the background buzz characteristic of traditional regulators, thus producing a clearer chime. Different versions of that invention have since become an industry standard in chiming watches. Among the examples in the Heritage Collection is a 1914 pocket watch powered by Calibre 19 IMCCV, which unites a mono-pusher chronograph and a minute repeater.

In the early 20th century, LeCoultre was one of the few Manufactures to master triple-complication watch movements. For the 1910 Minute Repeater Triple Complication, LeCoultre Calibre 19/20IMCSQ brought together a minute repeater, a chronograph and a perpetual calendar in a classical hunter-style case.

To create an aesthetic worthy of the technical complexity, decorative crafts were often lavished on the more complicated watches. In a 1928 Lépine-style pocket watch, LeCoultre Calibre 17JSMCCRVQ combined a minute repeater with a perpetual calendar and a chronograph, providing a magnificent canvas for the crafts of skeletonisation, enamelling and engraving. Lépine refers to a style of watch movement architecture developed in the 1760s by the French watchmaker Jean-Antoine Lépine, which made calibres thinner.

In the mid 20th Century, as people increasingly sought watches with practical functions, Jaeger- LeCoultre drew on its mastery of chiming mechanisms to develop alarm watches. In this form of chiming calibre, the extremely rapid strikes of the hammer create a continuous single-pitch sound, closer to a buzz than to the bell-like chime of a minute repeater. The Memovox (its name, taken from Latin, means ‘voice of the memory’) has remained the reference in alarm watches for 70 years.

In 1950, the Maison introduced Calibre 489 in the first Memovox watch. The design was classically understated: on the dial, a triangular pointer on a mobile central disc indicated the alarm time, and the two crowns – one for winding and time-setting and the other to set the alarm – were set close to the case-sides.

Having created its first automatic wristwatch movement in 1946, the Manufacture launched the first automatic alarm movement, Calibre 815, a decade later. The oscillating weight is fixed at the centre of the movement, its swings limited by two bumpers, equipped with tiny shock-absorbing springs.

In 1958, Jaeger-LeCoultre introduced the Memovox Calibre 814 in two new variations. With international businessmen in mind, the Memovox International incorporated a 24-hour world time display on the dial’s inner disc. The Memovox Parking was designed to help motorists avoid fines for exceeding the pre-paid time on their parking meters by buzzing when the allotted time expired.

In 1959, responding to the rapid growth of leisure diving and the corresponding demand for purpose- built watches, Jaeger-LeCoultre introduced the world’s first diving watch with an alarm, the Memovox Deep Sea (Cal. 815). To enhance underwater safety, the alarm sound provides an acoustic signal and the vibration of the watch a tactile reminder of the elapsed diving time.

Introduced in 1963 and updated in 1968 with the addition of a date display (Cal. 825), the Memovox Polaris further enhanced the diving functionality of the alarm watch. A rotating inner bezel provides a visual indication of elapsed dive time, and a super-compressor case with a triple-layered caseback amplifies the alarm sound when submerged, while ensuring water resistance to 200 metres.

In 1970 the Memovox Speedbeat introduced Calibre 916, the first of a new generation of higher-frequency automatic movements by Jaeger-LeCoultre. Increasing the balance-wheel frequency to 28,800 vph made the movement more stable and thus more accurate. A new automatic winding system introduced an oscillating weight that turned 360 degrees around its axis to wind the mainspring.

Fitted with Calibre 918, the Master Réveil was introduced in 1994. In this new alarm mechanism, the hammer struck a gong rather than striking directly on the case, as it had done previously. The result was the distinctive ‘school bell’ sound that has remained the signature of Memovox to this day. The Master Réveil was also the first Memovox to undergo the demanding 1,000 Hours Test, which is recognised as one of the most stringent in-house quality control protocols in the watchmaking industry.

This great legacy in chiming watches has provided Jaeger-LeCoultre with a deep well of expertise on which it continues to draw to this day. The Manufacture’s constant evolution of its chiming watch repertoire epitomises the deep respect for tradition and constant quest for innovation that have driven La Grande Maison throughout its 187-year history.