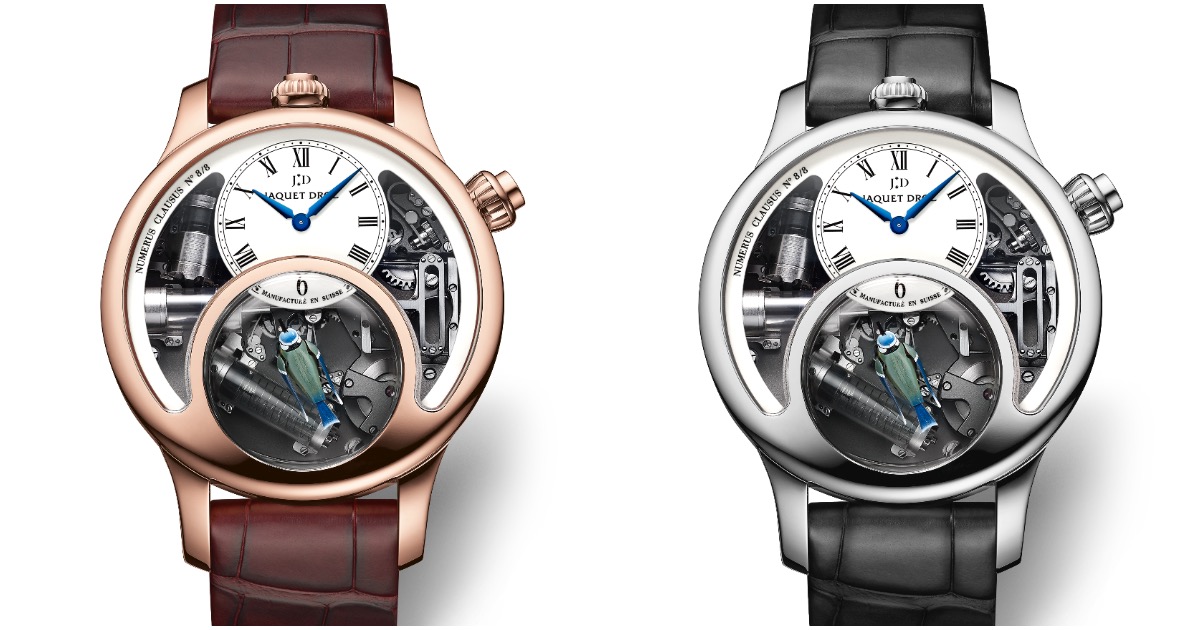 A creature seldom spotted, its song as rare as gold dust, the Charming Bird by Jaquet Droz is an exception in the world of watchmaking. It is the first wristwatch –and to date, the only– to feature a singing bird. Awarded the 2015 Geneva Watchmaking Grand Prix (Grand Prix d’horlogerie de Genève) in the year of its launch, this automaton embodies the genius of Pierre Jaquet-Droz. The brand is today unveiling two new editions in red gold and white gold with an ivory Grand Feu enamel dial, in a Numerus Clausus of only eight pieces each.

An extraordinary mechanical feat developed over several years and powered by two patented mechanisms, the Charming Bird is the latest chapter in the story of the Art of Astonishment begun by Pierre Jaquet Droz 280 years ago. Combining his mechanical and watchmaking genius, the piece contemporizes the fascination of his celebrated automatons in a wristwatch. This scale of miniaturization demanded the most research for Jaquet Droz.

The timepiece features two separate movements: the first indicates the hours and minutes and is positioned at 12 o’clock on the ivory Grand Feu enamel dial; the second powers the automaton.

The automaton movement can run for 40 seconds before having to be wound. A Magnetic Speed Control regulates the animation and melody. This technology prevents contact between the parts to safeguard against friction and premature wear. It also minimizes noise from power distribution, thus freeing up the acoustic space to be filled with the sound of birdsong alone.

For the first time ever in a wristwatch, the melody is generated by air compression inside three sapphire crystal tubes. The compression is released intermittently through a whistle to produce a flowing refrain to which the bird moves in time. The winged creature honors the legacy of Pierre Jaquet-Droz who, almost three centuries ago, chose to depict birds in naturalist scenes on his snuffboxes and in his birdcages.

The Charming Bird figure is engraved and painted in the Jaquet Droz Ateliers d’Art. This masterpiece of miniaturization comes to life above the hand-engraved movement that drives it, which can be glimpsed through the sapphire crystal of the piece. The two latest variations of the Charming Bird, available in a choice of white gold or red gold, thrust the Art of Astonishment toward new creative horizons.