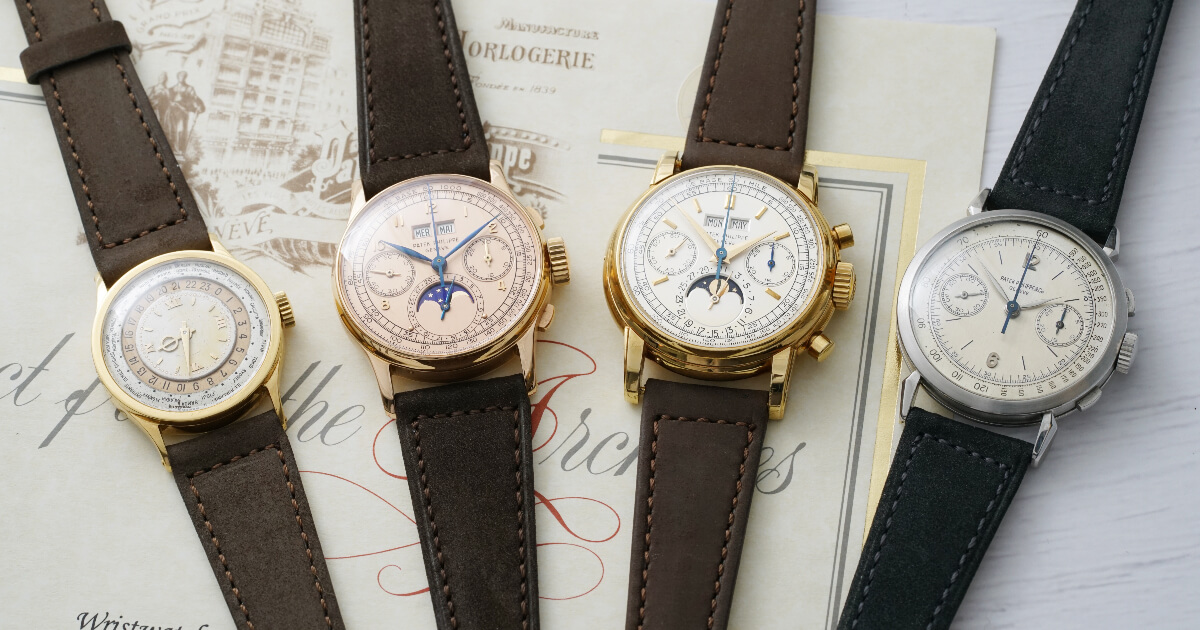 Phillips in Association with Bacs & Russo is extremely honoured to announce the sale of four exceptional watches from the private collection of Mr. Jean-Claude Biver, to be offered for sale during The Geneva Watch Auction: XI, in May 2020 at Hôtel la Reserve, Geneva.

A mover, a shaker, a disruptor and a marketing genius, Jean-Claude Biver has had his fingers firmly on the pulse of his era and has almost singlehandedly redefined the horological landscape of the past 40 years (please read more about his collection here). Not only an industry titan but a collector of extreme acuity, Mr. Biver once said: “When I was at Audemars Piguet I wanted to buy Patek Philippe, when I couldn’t I started collecting their watches”. Over the course of the past decade he has assembled one of the greatest and most curated collections of timepieces.

Jean-Claude Biver, Non-Executive President LVMH Group Watch Division, said, “The beauty of collecting art is that it connects you to eternity. I am proud, today, through the sale of these outstanding pieces that I am able to share a piece of my eternity.”

Aurel Bacs, Senior Consultant Bacs & Russo and Alex Ghotbi, Head of Watches, Continental Europe and Middle East, jointly said, “We are delighted that Phillips Watches’ friend and member of the Advisory Board Jean- Claude Biver has entrusted us with these four amazing Patek Philippe watches to be sold in our upcoming Geneva Watch Auction XI. Their rarity, condition and relevance are a tribute to Jean-Claude Biver’s immaculate taste and scholarship. A collector at heart, his collection and tastes are always evolving thus his desire to pass on these watches after over a decade of ownership. Jean-Claude is more than an industry titan, he has changed the face of watchmaking as we know it today. His knowledge of classical watchmaking has allowed him to always be one step ahead and the four timepieces we have the honour of presenting in our Geneva auction are milestones in watchmaking history.”

This selection of four Patek Philippe timepieces are defined by their historical relevance, superb state of preservation and rarity. They include:

Each brand can bring forth at least one watch model which, either due to its stylistic language or to some specific and/or unusual complication, can be considered the embodiment of the philosophy of the company. When it comes to Patek Philippe, the worldtime complication is indisputably one of the “hallmarks” of the brand. This is not because Patek Philippe has some sort of monopoly on this complication; on the contrary, many contemporary and vintage timepieces sport the feature. However, no world time watch of any other brand has ever evoked such strong feelings in the collecting community.

Patek Philippe presented its first world time wristwatch created in series in 1939 under reference 1415, but it had created a few pre series and prototype versions the years prior. The present reference 96 is in fact one of these ultra-rare pre-series prototypes of which only two are known, made in 1937 to most probably test the market, making it not only a historically significant timepiece but also one of the rarest world time models ever made by Patek Philippe. Unknown to the market, it first appeared in 2011 when it was purchased by Mr. Biver. The other example is in the Patek Philippe Museum in Geneva.

A monumental model, reference 1518 was the first perpetual calendar chronograph wristwatch ever produced in series when it was introduced in 1941. According to research, only 281 examples were manufactured until the reference ceased production with a majority made in yellow gold. Pink gold reference 1518s were most often fitted with a silvered dial. It was only on very rare occasions that they were fitted with pink dials. So rare is this variant that only 13 examples of reference 1518 are known with a pink dial, making it one of the most exclusive complicated Patek Philippe wristwatches for a collector to acquire. The present watch appears on the market only for the second time, Mr Biver being the second owner since new.

Launched in 1951, the reference 2499 was the direct successor of the reference 1518 and came with more sporty round pushers and a larger 37.5mm case. The second series like the present watch, was offered either with Arabic numerals or applied batons as well as with a tachymeter scale. The second series reference 2499 is so rare that very few examples have graced the international auction market, and in fact only 20 examples in yellow gold with applied batons, like the present example, are known.

This incredibly attractive and well-preserved reference 1579 is one of only three vintage Patek Philippe chronographs cased in platinum. It is unknown why Patek Philippe decided to use platinum for this reference and only for three watches, but it is interesting to note that the three watches have consecutive serial numbers and different dials, making each piece unique. The present watch is the last of the three made and differentiates itself from the other two with its scale and markets in blue, giving the watch an incredibly vivid modernist appeal.