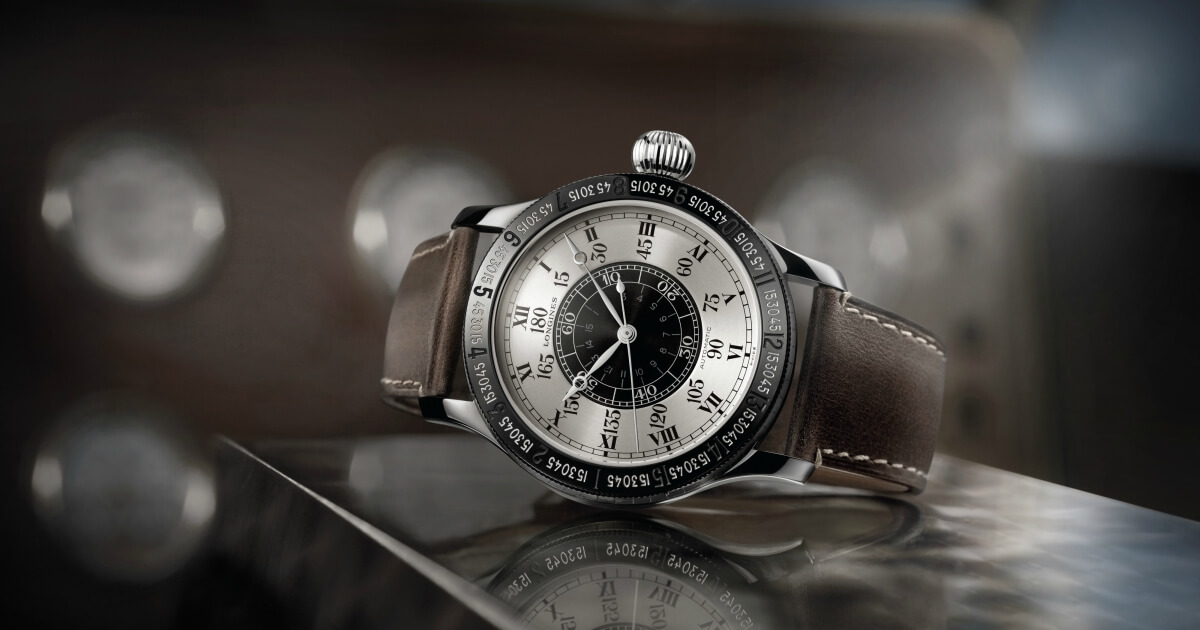 This year, Longines is celebrating the 90th anniversary of the first ever non-stop solo transatlantic flight, which was flown by Charles Lindbergh and timed by the Swiss watchmaker. For the occasion, the Longines is presenting 90 timepieces in a numbered and limited edition of its hour angle watch, which was designed in partnership with the famed aviator following his historic flight.

The understated brushed silver dial displays the time on a railtrack minute circle with painted Roman numerals, and features a 180° scale for calculating the longitude.

The hands are rhodium-plated in “Breguet” style. The synchronization of the second hand with a radio time signal is accomplished using the galvanic black rotating central dial, while the black PVD steel rotating bezel allows for daily variations in the time equation to be taken into account.

The brown leather aviator-type strap equipped with an extension that allows the watch to be attached to an oversized pilot’s jacket puts the finishing touch on this exceptional timepiece.