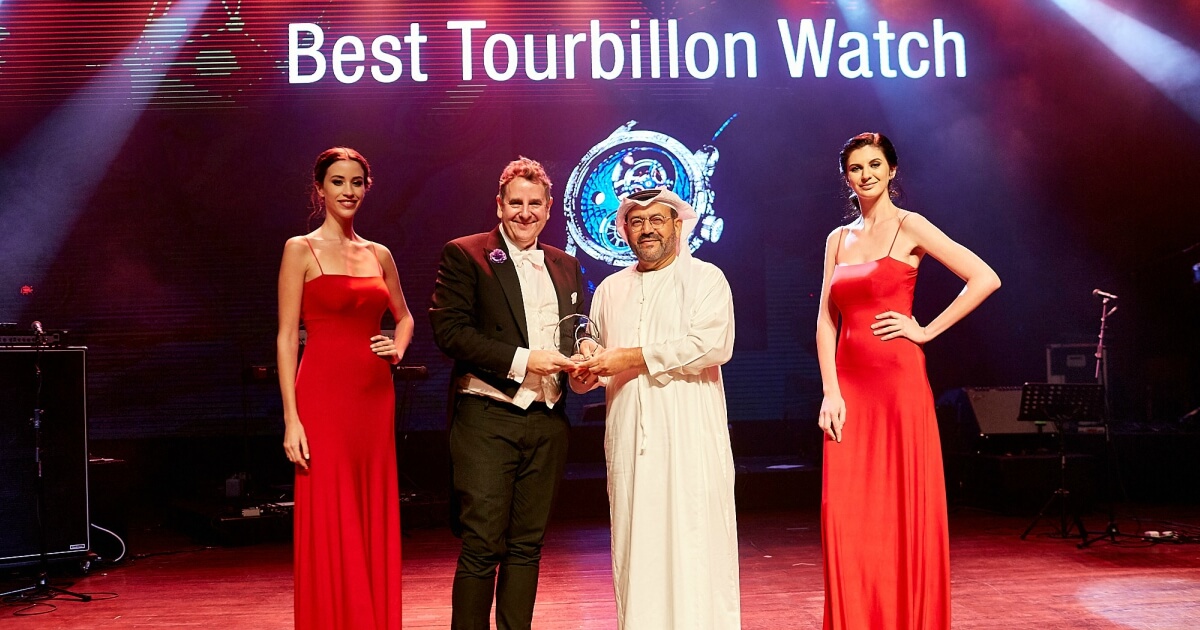 The Middle East has long been a key focus for Louis Moinet. The firm has many demanding collectors there, and for they themselves to bestow on us the region’s most prestigious prize, the Middle East Watch and Jewellery Award of the Year – for the second year running – is an honour of which Louis Moinet can be justly proud, all the more so for such a specialist category as the Tourbillon.

Mr Louis Moinet, himself a seasoned traveller, humanist, and fervent advocate of bringing peoples together, would have embraced every aspect of this distinction – uniting as it does lovers of beauty, exclusivity, and uniqueness with a focus on watchmaking art that transcends borders.

It was in Dubai that Swiss watchmakers Louis Moinet were awarded a highly prestigious watchmaking distinction that sets the standard in the Middle East: a Middle East Watch and Jewellery Award of the Year, for Space Mystery. The prize is especially significant for three separate reasons. Firstly, it concerned the Tourbillons category – one of the most technical, where competition is at its toughest. Secondly, Louis Moinet has now won one such Prize for two years in succession: in 2016, Memoris won an Award in the Chronograph category.

And last but by no means least, Louis Moinet is one of the very few fully-independent Swiss firms to have won a prize twice running – in the space of just 10 years of existence. The distinction is all the more remarkable in that to be allowed entry into the competition, nominees must be accepted by an admissions committee – few brands make it through this rigorous shortlisting process.

Space Mystery is the world’s first satellite tourbillon: the cage is balanced by means of a planet that rotates around it. And this is just one of several exclusive Louis Moinet features in the piece: Space Mystery also has an aperture at 9 o’clock, revealing authentic fragments of a mysterious meteorite from the far-flung regions of space bearing traces of amino acids – possibly one of the first forms of life in the universe.

This unique Fine Watchmaking composition, which required some two years of development, is showcased on a dial in Magic Blue – a colour whose exact composition remains one of Louis Moinet’s closely-guarded secrets. This hue endows Space Mystery with all the depth of the cosmos so dear to Louis Moinet – in his day, he would gaze at the heavens night after night. With Space Mystery, the Ateliers founded in his honour have added a poetic dimension to their vocation – and scaled unprecedented heights of watchmaking emotion.