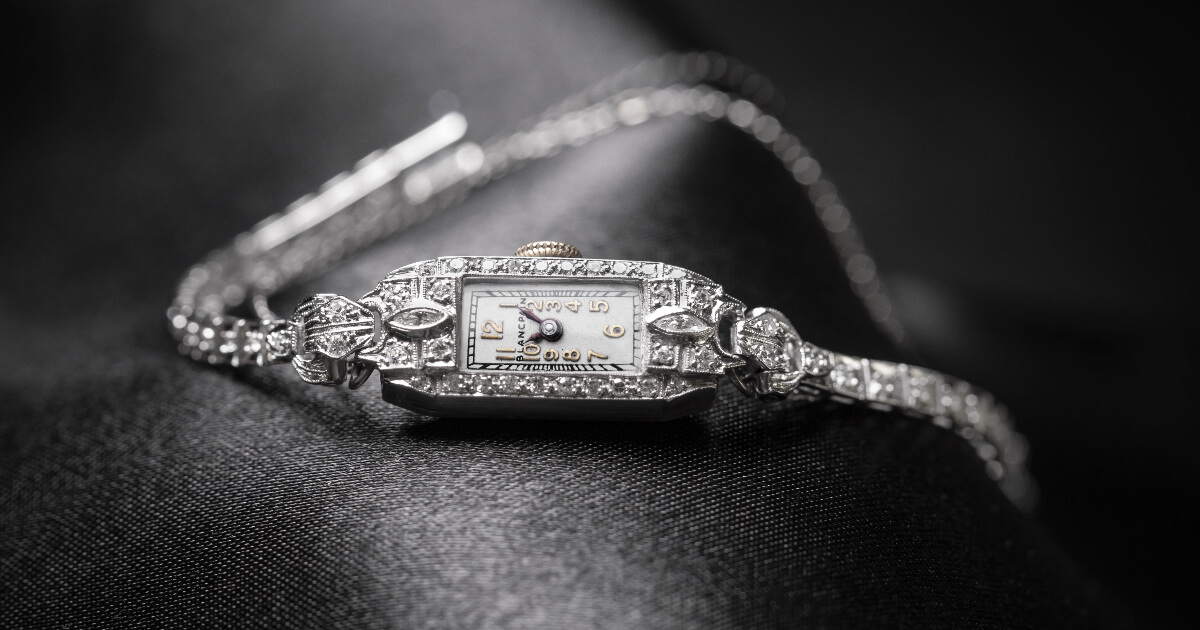 On October 30th in its emblematic Boutique on New York’s Fifth Avenue, Blancpain unveiled a legendary 1930s jewelry watch that belonged to Hollywood star Marilyn Monroe. The display of Monroe’s stunning cocktail watch is part of an exhibition entitled Timeless Elegance, featuring personal belongings and a curated selection of photographs of the beloved American actress. Noted photographer Lawrence Schiller, who regularly collaborated with Monroe, attended the inauguration of the exhibition, which will be open to the public from October 31st through November 23rd 2019.

Blancpain has chosen Marilyn Monroe’s cocktail watch to showcase its expertise and pioneering spirit in the world of feminine watchmaking. “We are particularly proud to present for the very first time this cocktail watch owned by Marilyn Monroe,” said Marc A. Hayek, President and CEO of Blancpain. “Especially since Marilyn Monroe had very few pieces of jewelry, despite the memorable Diamonds are a girl's best friend which she loved to sing."

“We’re thrilled to partner with Blancpain to celebrate the one and only Marilyn Monroe,” said Jamie Salter, Founder, Chairman and CEO of Authentic Brands Group, owner of the Monroe Estate. “Blancpain’s history of luxury craftsmanship and innovation withstands the test of time and aligns perfectly with Marilyn’s enduring legacy.

The Art Deco-inspired 1930s model, purchased by Blancpain at auction, is displayed alongside several historic personal items that reveal the extraordinary existence and complex personality of the actress including: dresses, books, a director's chair, a Screen Actors Guild membership card, stationery and receipts from her New York experience. Additionally, there are portraits featured including several signed by Lawrence Schiller, in attendance at the exhibition's opening. These intimate objects are presented in a refined atmosphere, through a retrospective of Blancpain’s women's timepieces both past and present.

Revealed for the very first time to the public at large, the Blancpain watch may have been a gift to Marilyn Monroe from her third husband, author Arthur Miller. Crafted in platinum and paved with 71 round-cut diamonds and two marquise-cut diamonds, it bears the "Blancpain" insignia on its white rectangular dial with yellow hour-markers and blue hands, as well as the mention "Rayville Watch Co. 17 Jewels" on its tiny mechanical FHF 59 movement.

The slender geometry and structured setting of this precious watch embody a perfect balance between avant- gardism and elegance, both day and night. The watch has an inimitable manner of combining charm, ingenuity and a unique temperament. Like Marilyn Monroe herself, is iconic with a timeless aura.

Fragile, sensual and breathtakingly beautiful, the ultimate woman shares many commonalities with the spirit of Blancpain's feminine timepieces. Convinced that women appreciate the expertise and magic of mechanical watches, the Manufacture was a pioneer in this world of all-female refinement. In 1930, Blancpain introduced the world's first self-winding ladies' wristwatch, the Rolls (now a popular collector’s piece) followed in 1956 by the Ladybird, equipped with the smallest round movement of the time.

Blancpain's epic saga of feminine watches was written by Betty Fiechter, an equally extraordinary woman who made history much like Marilyn Monroe. As the first woman to head a watchmaking company in 1933, her intelligence and visionary spirit paved the way for jewelry watches at Blancpain and resulted in the brand’s international reputation. Fiechter’s career trajectory was similar to Marilyn Monroe's, who became the second American woman to run her own production company. Their destinies were to meet and mingle in a unique creation: the Blancpain cocktail watch.

The link between the star and the Maison is also revealed through a small aesthetic nod gracing Blancpain’s Moon Phase watches. Marilyn Monroe's historic beauty mark epitomizes sensuality and glamour. In the 1980s, when Blancpain updated the moon phase indication – which has since become a signature of the Manufacture – it gradually became distinctive thanks to the smiling face of its moon.

Since the 2006 launch of the Women collection, all the ladies' Moon Phases models feature a female face adorned with a star-shaped beauty mark. Like the Hollywood star, Blancpain’s women’s models encapsulate the same quintessential uniqueness and timeless elegance.