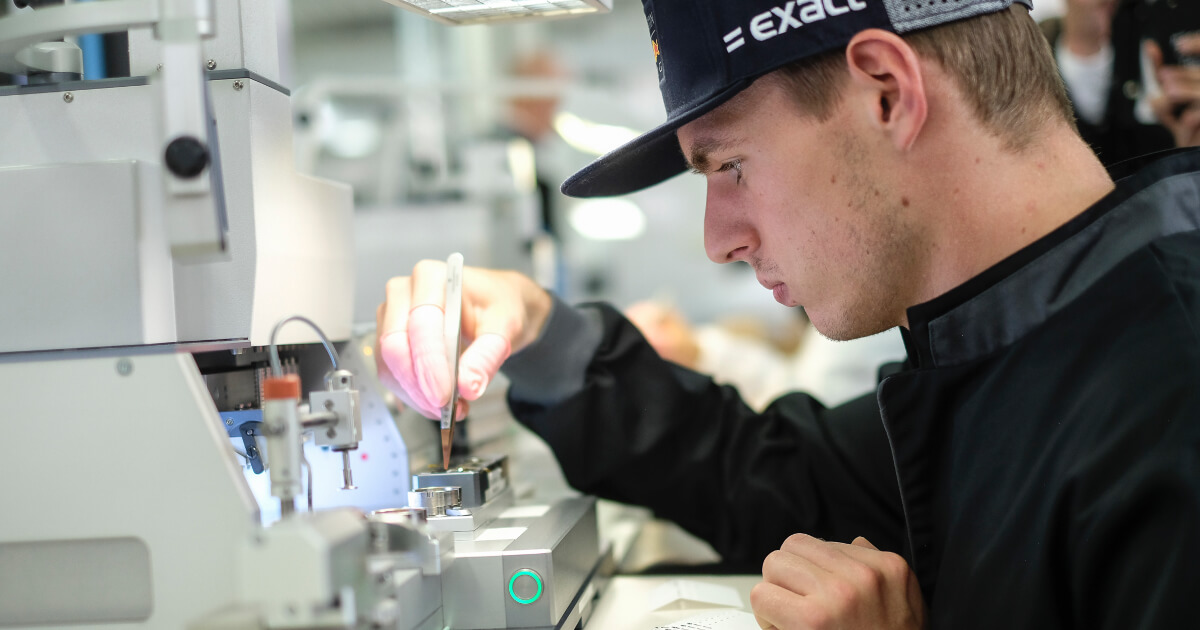 Less than two weeks after his victory in the Austrian Grand Prix, the Aston Martin Red Bull Racing Formula 1 driver was keen to put the finishing touches to his own special edition and launch its production.

The TAG Heuer Formula 1 Max Verstappen Special Edition, limited to 1300 pieces, will be available in boutiques from November.

The 2018 season started well for Max Verstappen, the young driver from the Formula 1 Aston Martin Red Bull Racing Formula 1 team, for which TAG Heuer is the Official Timekeeper. With four podium finishes under his belt, including a stunning victory in the Austrian Grand Prix, the Dutchman arrived today in La Chaux-de-Fonds to complete the special edition created specially in his honour.

Max Verstappen has worked closely with the Swiss watchmaker's design team to develop a watch bearing his unique stamp. A sporty, stylish chronograph with a dash of his trademark audacity. The model, the dial, the bezel, the hands, the strap... each detail has been carefully chosen by the driver, with guidance from the brand's product team.

He visited the manufacture in la Chaux-de-Fonds to put the finishing touches to his watch and officially launch its production.

He explained: "Right from the start, I had quite clear ideas about the look and design of my watch. I wanted a model that reflected me, and that I could wear every day, both on and off the track. It was a really rewarding experience to be able to work with the TAG Heuer teams. I am passionate about watches, and I was deeply impressed by the meticulousness and precision of the watchmakers' work. I am very glad to have been able to see my finished watch at the manufacture! The result is just what I'd hoped for, and I can't wait to show it to my fans."

In fact, you'll have to wait till November to see the model designed by Max Verstappen, the youngest winner in the history of Formula 1. In the meantime, the driver made the most of his visit to La Chaux-de-Fonds, dropping by the manufacture's workshops and the magnificent TAG Heuer museum before enjoying some time with all the staff at the manufacture.