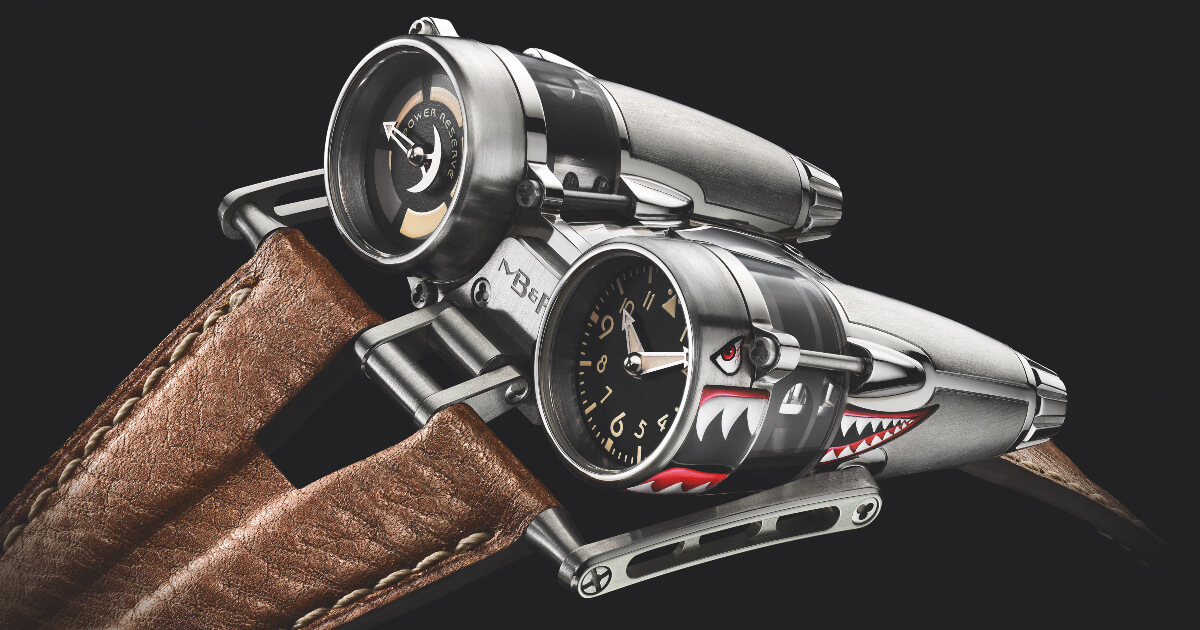 Two weeks ago, MB&F celebrated 10 years of their HM3 Frog by announcing the “FrogX” anniversary editions.

But the Frog was not the only MB&F Machine to make its debut in 2010. A decade ago, MB&F also shocked the watchmaking world with what remains one of the most radical Machines they have ever created: the HM4 Thunderbolt. That same year, this aviation-inspired timepiece was awarded Best Concept & Design Watch at the Grand Prix d’Horlogerie de Genève.

The HM4 case escapes any standard definition, matched inside by an engine that defies conventional watch movement construction. Due to its complexity, it was limited from the beginning to just 100 pieces, and each of those 100 movements found its way into one of the various HM4 editions – the last remaining piece was sold years ago.

To celebrate this 10th anniversary, MB&F have therefore decided to transform their original HM4 prototype into a Pièce Unique: the HM4 “Kittyhawk”.

If you know a bit about aviation, the name Kittyhawk will not be unfamiliar. The Curtiss P-40 was one of the most important WW2 allied aircraft, produced between 1938 and 1944. Depending on the version, it carried nicknames like Warhawk, Tomahawk… and Kittyhawk.

Criticised for its average performance on paper, its track record in combat was surprisingly good; still today, aviation experts argue about the plane’s merits and weaknesses. Regardless, it remains one of the most iconic aircraft of that time – especially the samples rocking the typical “shark mouth” and eyes.

Just like the “nose art” of those legendary WW2 aircraft, this Pièce Unique bears a hand-painted shark mouth and eyes, along with aged time and power reserve dials. The titanium case of the 10-year old prototype was first prepared to welcome the recessed painting by carefully removing microns of metal from the sides of the fuselage, following the shape of the illustrations. It was then handed over to the incredibly talented miniaturist painter Isabelle Villa, who delicately painted the menacing teeth and angry eyes. A final coat of transparent varnish was applied to protect the miniature painting, flush with the case.

The price for the MB&F HM4 Kittyhawk is upon request and is a unique piece.