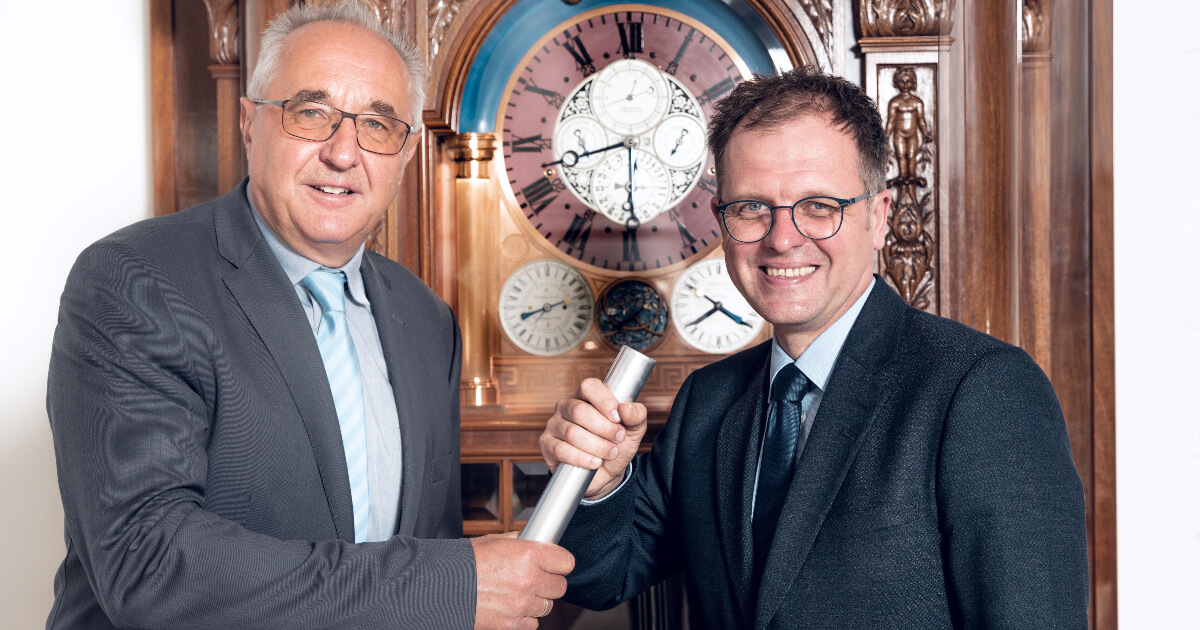 On September 1, 2020, Dr. Ulf Molzahn started his new position as museum director at the German Watch Museum Glashütte. He has taken over the function of long-time director Reinhard Reichel who has held this position since May 1992 and has now retired after a two-month intense introduction of Mr. Molzahn. Reinhard Reichel will also in future be available to serve the museum on an advisory basis.

Dr. Ulf Molzahn has a doctorate in Saxon regional history. He finished his master's degree in history, art history and museology at the University of Leipzig in 1995. It was followed by a ten-year academic position at the University of Leipzig. Other professional stations included working at the 2nd Saxon State Exhibition “Faith and Power” in Torgau in 2004 and between 2005 and 2007 as director of the Wilhelm Ostwald Memorial in Großbothen. In 2008 he took over the management of the Historical Technical Museum of the town of Sömmerda and the local town archive.

With his work there arose the connection to Glashütte. Similar to Glashütte, calculating machines were also manufactured in Sömmerda until the middle of the 20th century. Numerous engineers were graduates of the Engineering School for Fine Mechanics Glashütte. In his new role at the German Watch Museum Glashütte he will be responsible for the further development of the museum in line with the Foundation “German Watch Museum Glashütte – Nicolas G. Hayek”. Dr. Ulf Molzahn is 52 years old, married and the father of two grown-up children.

The Foundation “German Watch Museum Glashütte – Nicolas G. Hayek” was founded in 2006 and is a foundation of the town of Glashütte and the manufactory Glashütte Original. The foundation’s aim is to promote art and culture, science and research as well as education in the field of watchmaking. With the German Watch Museum Glashütte, the specialised library, the archive, the restoration workshop operated by the founder Glashütte Original, as well as through various projects and activities, watchmaking knowledge, valuable documents and exhibits that are unique in the world are preserved and made accessible to the general public. The aim of the founders is to pass on traditions and knowledge of watchmaking to new generations, to maintain the cultural heritage and to sustainably strengthen the location of Glashütte.