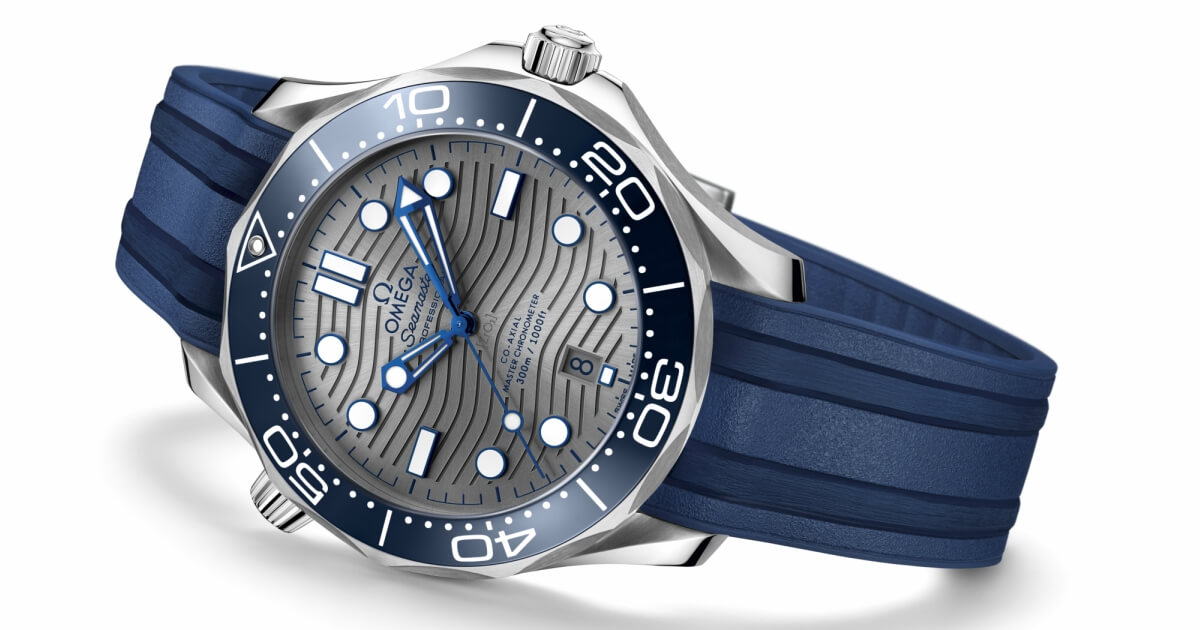 Since 1993, the Seamaster Professional Diver 300M has enjoyed a legendary following. Loved for its design and ocean technology, the original timepiece signalled Omega’s triumphant return to the world of diving watches and also ignited the brand’s long-standing partnership with James Bond. Now, 25 years later, a bold new collection has arrived.

Now sized at a larger 42 mm, each new Diver 300M has been given a Master Chronometer Calibre 8800, instantly taking the collection into a higher realm of precision, performance and magnetic resistance.

Every detail of the outward design has also been rethought, including the iconic diving bezel, which is now made from ceramic with the diving scale in Ceragold or white enamel (for longer-lasting whiteness and durability).

The dials are also made from polished ceramic and are available in black, blue or PVD chrome colour.  Most notably, Omega has reintroduced the wavy pattern (now laser-engraved) that was a popular feature of the original design.

All indexes have been raised and filled with Super-LumiNova and, to keep track of the days, the date window has been moved to 6 o’clock. Even the skeleton hands (rhodium-plated, 18K gold, or blued) have been subtly reshaped, which fans of the model will surely notice.

One of the Diver 300M’s most important details has always been its helium escape valve. For the new models, the valve has been given a conical shape and has been patented by Omega with an ingenious technology that allows it to be operated underwater.

Turning the watch over reveals a wave-patterned edge on the caseback, as well as sapphire crystal, through which you can see the METAS-approved movement.

Finally, each model is presented on a traditional iconic metal bracelet or an integrated black or blue rubber strap. The metal bracelets feature a new ergonomic design and have been closely integrated to the case. They also include Omega’s patented extendable foldover rack-and-pusher with a helpful diver extension.

When the Seamaster Diver 300M was released 25 years ago, Omega introduced a very unique metal known as tantalum. The colour worked perfectly within the revolutionary new watch design – which also included professional characteristics such as a helium escape valve and extendable divers’ clasp.

This year, Omega is paying tribute to that 1993 release by introducing a special model with tantalum, limited to 2,500 pieces. Once again, using this metal gives the watch a unique touch and offers a collectable addition to the new Diver 300M selection.

However, in this version, tantalum has been used for the base of the bezel, as well as in the middle links of the bracelet. The metal’s blue-grey tones offer a subtle contrast to the grade 2 titanium, which Omega has used for the brushed case and bracelet.

Turning the timepiece over reveals a transparent caseback, featuring an image of the Omega Seahorse, which is an iconic symbol associated with the Seamaster line. Through the sapphire-crystal, you can also see the Master Chronometer movement 8806, certified by the Swiss Federal Institute of Metrology (METAS).