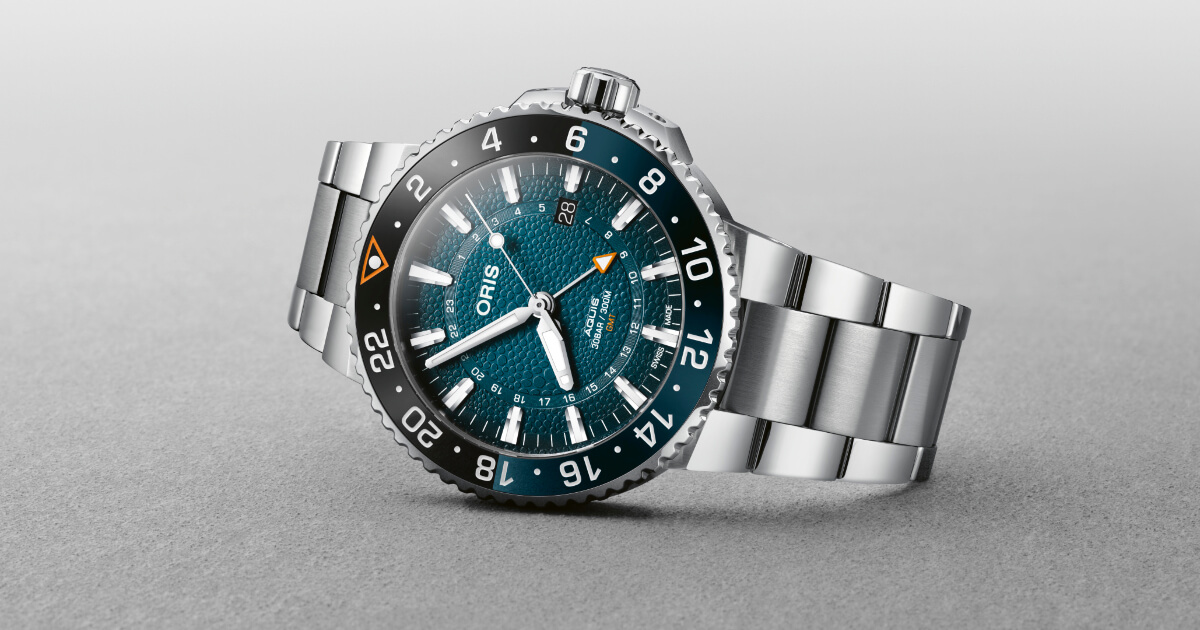 Oris’s mission to bring Change for the Better turns to the Earth’s delicate ecosystem and to a watch that highlights the threat to the largest fish in the ocean, the magnificent whale shark.

Most of life as we experience it is on land. Because of this, it has taken us far longer to explore and understand the world’s oceans, but with every passing year, the picture becomes clearer. We now know, for example, that oceans cover three quarters of the Earth’s surface, contain 97 per cent of the Earth’s water, and represent 99 per cent of the living space on the planet by volume.

Evidence also shows us that oceans absorb around 30 per cent of the carbon dioxide we produce, offsetting the impacts of global warming. According to the United Nations, more than three billion people depend on the oceans for their livelihoods. And incredibly, $3 trillion dollars, or 5 per cent of the world’s GDP, is generated by marine and coastal industries. The oceans are the source of life.

Despite this, we continue to abuse our oceans. Pollution levels are now critical (particularly plastics – the UN estimates one million plastic bottles are sold every minute), and ocean temperatures are at record highs, leading to events such as coral bleaching, as highlighted by previous Oris releases.

As worrying is that according to the Smithsonian Ocean Portal, there are as many as 2,270 species currently listed as endangered or threatened under the U.S. Endangered Species Act.

One of those is the whale shark, the ocean’s largest fish, which is the focus of the Oris Whale Shark Limited Edition. The new watch, has been created as part of our mission to bring Change for the Better and to clean, restore and protect the world’s water. Specifically, it’s made in support of the work of Oris ambassador Gerardo del Villar, an experienced explorer and photographer, who began photographing whale sharks more than 15 years ago.

“We’re not going to stop drawing attention to the issues facing the world’s water,” says Rolf Studer, Oris co-CEO. “We’re proud to work with Gerardo and support his work, but this is a drop in the ocean. To bring Change for the Better, everyone needs to play their part.”

The Oris Whale Shark Limited Edition is based on the Oris Aquis GMT diver’s watch and is limited to 2,016 pieces to mark the year of the IUCN’s landmark whale shark announcement.

·      Top glass: Sapphire, domed on both sides, anti-reflective coating inside

The price for the Oris Aquis GMT Whale Shark Limited Edition is CHF 2,800 and is limited edition to 2,016 pieces.