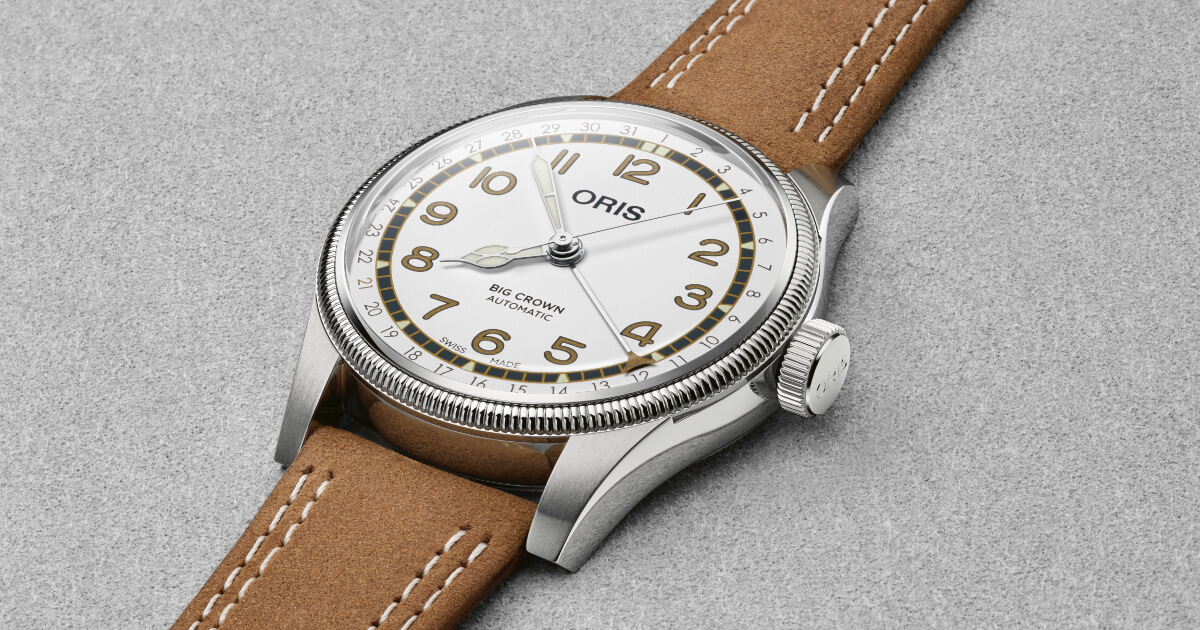 For Oris, one of the many advantages of being independent is that they’re free to do what they think is right. Sometimes that means creating a new watch, a new movement or an innovation that will serve their customers’ needs. And often, it means following their heart and doing something that will bring meaningful change in the world. It means doing the right thing.

A few years ago, Oris brought the projects they were working on to bring that change under the banner of ‘Change for the Better’. They have partnered with non-profit organisations all over the world, many of them at the forefront of conservation, finding ways to clean, restore and protect our environment.

Now, Oris is very proud to announce a new partnership with the Roberto Clemente Foundation, a humanitarian organisation named in honour of baseball’s Roberto Clemente and run by his family.

Roberto was an extraordinary talent, and over the coming pages we’ll tell the story of how he became one of the greatest ballplayers of all time, and how he was tragically taken from this Earth before his time while delivering humanitarian aid.

But as the foundation is always keen to impress, Roberto was more than a baseball icon. He was also a father, brother, husband and, more importantly, a great human being. The Oris partnership celebrates Roberto’s talent and achievements, but it also underlines who he was and the values he stood for – to bring Change for the Better.

A baseball Hall of Famer, a hero in his native Puerto Rico and a man who died serving others, Roberto Clemente’s legacy lives on

Roberto Enrique Clemente Walker is a 20th century hero. Born the youngest of seven children in Puerto Rico in 1934, he would go on to become one of the greatest baseball players in the history of the game. But he was more than a ballplayer. He was a passionate humanitarian and activist and lived to serve others by bringing real change in his home country and his local community.

From humble beginnings, Roberto’s life changed quickly. At 17, he began his career in the Puerto Rican Professional Baseball League and a year later moved to the U.S. to join the Brooklyn Dodgers organisation.

In the years that followed, he would overcome discrimination because of the colour of his skin and become a baseball legend. In 1955, he made his Major League debut with the Pittsburgh Pirates, where he would stay for 18 seasons. He was an exceptional athlete, with a mighty throwing arm. He won two World Series with the Pirates and became a 12-time winner of the Rawlings Gold Glove Award, before reaching 3,000 hits with the last hit of his career in September 1972, making him the first Latin American player to reach the mark.

During the following winter, Nicaragua was hit by a 6.3 magnitude earthquake, leaving as many as 11,000 people dead and 300,000 without a home. Roberto, who had been involved in community work throughout his career, sent aid, but discovered his shipments had gone missing in the chaos, almost certainly diverted by corrupt local officials.

He insisted on accompanying the next shipment to make sure it reached the people who needed it most, and on December 31, he boarded a plane. It would never reach its destination. Roberto Clemente died, serving others, aged just 38. The plane crashed into the sea and his body was never found.

But his name lived on. In 1973, Roberto was posthumously inducted into the National Baseball Hall of Fame. The same year, the Commissioner’s Award, awarded annually to a Major League player for their work in the community, was renamed the Roberto Clemente Award. And Roberto’s number 21 was retired by the Pirates.

In 1993, the Roberto Clemente Foundation was established with a mission to ‘Build Nations of Good’. Headed by his widow Vera and now his son Luis Clemente, it continues his proud legacy of bringing real change.

Limited to 3,000 pieces to represent his career hits and with the date at 21 in gold, the Roberto Clemente Limited Edition is a glorious tribute to an extraordinary man

·       Top glass: Sapphire, domed on both sides, anti-reflective coating inside

The price for the Oris Roberto Clemente Limited Edition is CHF 1,850 and is available from September 2020.