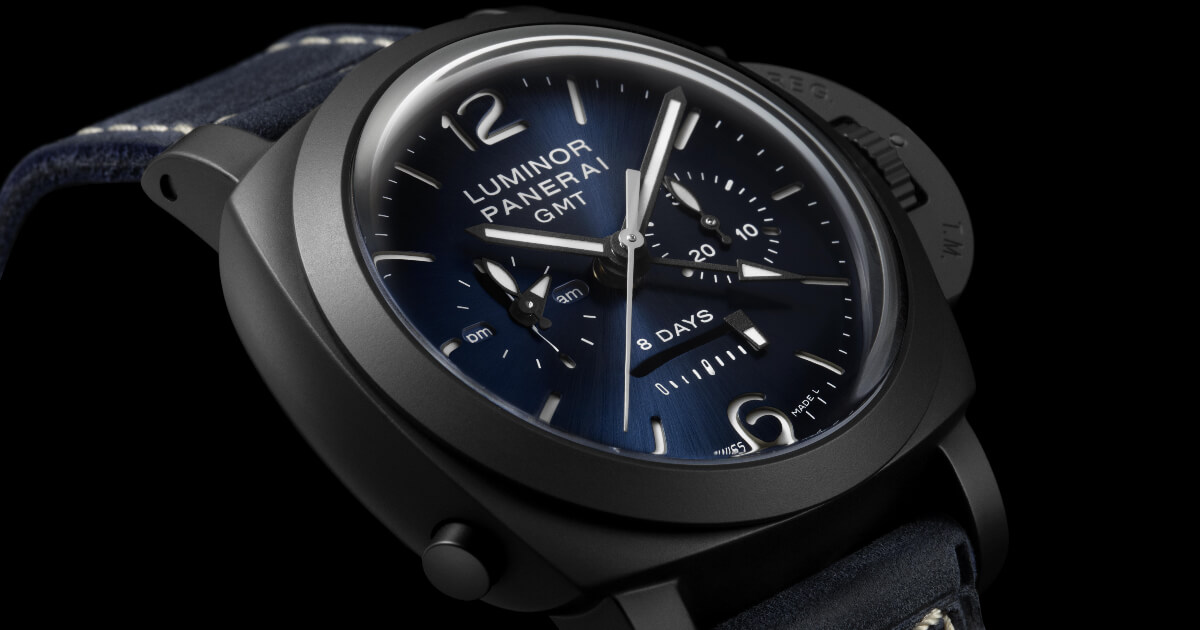 A new watch in a limited edition of just 200 pieces marks Panerai’s return to the field of chronography: an embodiment of sporting spirit and innate elegance for those seeking a chronograph like no other.

Taming time, pacing epic competitions, synchronizing heroic missions: they are weighty responsibilities that hold success or failure in the balance, and therefore must be entrusted to tools with advanced mechanics. It is a world of precision and performance in which Panerai has distinguished itself since the 1940s.

Panerai began perfecting its expertise in the category as early as 1943, the reference year of the Mare Nostrum project, a model designed to serve the deck officers of the Italian Navy, developed only to the prototype stage, one of which is carefully preserved in the Panerai museum in Florence. Its mastery has extended into the 21st century, with the introduction of a series of efficient, high-performance new proprietary calibres developed by the research and development department within the Neuchâtel manufacture, the legendary Laboratorio di Idee, a hub for innovation and avant-garde imagination.

Through the union of an aesthetic strongly identified with the Panerai brand, namely the distinctive language of the iconic Luminor, and an original approach to the chronograph complication arises a special new model with a marked individual identity, in a limited edition of only 200 pieces: the Luminor Chrono Monopulsante GMT Blu Notte (PAM01135).

A powerful expression of Italian design and the innovation of the Panerai Laboratorio di Idee, the new Luminor immediately reveals its sporty attitude with a matte black ceramic case; the chronograph pusher appears on the left side to create equilibrium with the opposite crown-protecting device, which enhances its iconic silhouette. It has a powerful presence reinforced by the midnight blue dial with satiné soleil decoration and classic sandwich structure, with Arabic numerals and indexes in white Super-LumiNova with green luminescence.

To support this notable introduction, Panerai harnessed its sophisticated mechanical know-how. The P.2004 calibre is a tribute to the first chronograph caliber created and developed entirely by Panerai Manufacture, a manually wound mechanical movement, the synthesis of that expertise, with functions that exceed the capacity of conventional chronographs. The Luminor Chrono Monopulsante GMT Blu Notte (PAM01135) is a single-button column wheel chronograph, which combines the start/stop/reset functions in a single push-piece. It is also equipped with the GMT function, allowing the home time and local time to be displayed simultaneously.

Water-resistant to 10 bar (more than 100 meters deep), the new Luminor Chrono Monopulsante GMT Blu Notte (PAM01135) stands out for a black sandblasted ceramic case in 44mm, based on Zirconium Oxide powder. Through a complex series of working and operations, it acquires a particularly even matt finish and provides the characteristics of hardness, ensuring high resistance to scratches.

The new Luminor Chrono Monopulsante GMT Blu Notte (PAM01135) is outfitted with a primary strap in deep blue calfskin with ecru stitching and a trapezoidal pin buckle in titanium with black DLC coating. An additional strap in rubber of the same deep blue hue exudes a relaxed and elegant style in any setting. To complete the offering, a tool for strap interchangeability and a screwdriver for removing the buckle are also included.

The price for the Panerai Luminor Chrono Monopulsante GMT Blu Notte PAM01135 is EUR 21.900 and is limited edition to 200 pieces.