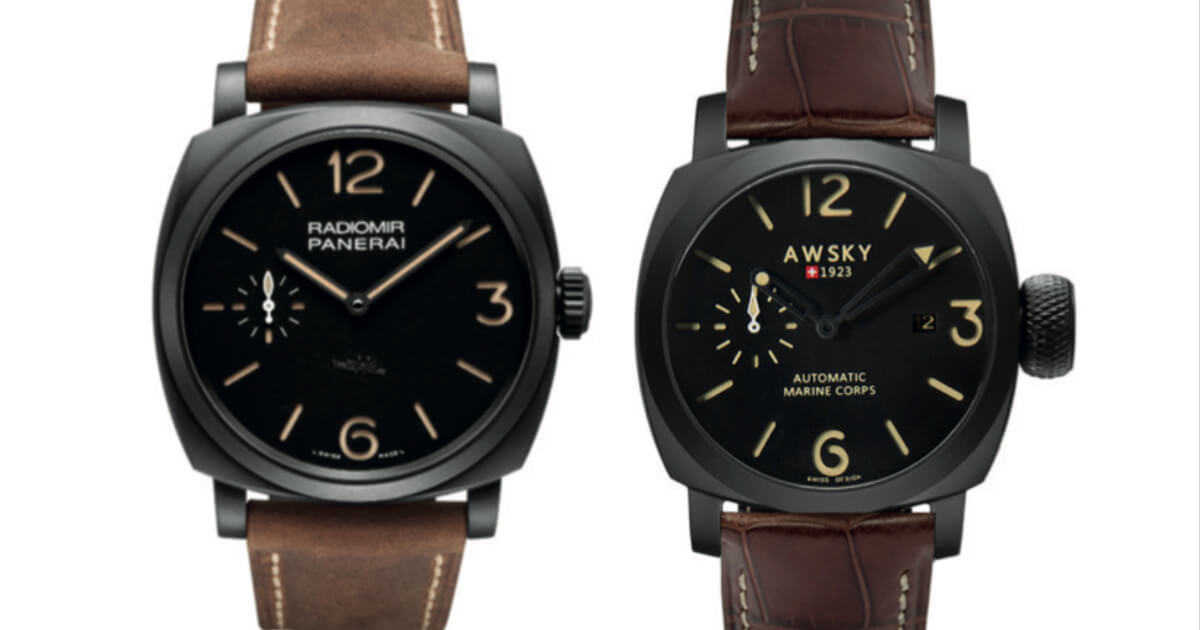 Panerai sued Awsky, the Company and its owner on the ground that they were manufacturing and distributing unauthorised copies of the brand’s iconic watches

Renowned for its iconic design and craftsmanship, the Florentine luxury watchmaker Panerai announces the favourable court decision against a third party which was manufacturing and distributing counterfeit Panerai watches. The court’s decision in favour of Panerai, is illustrative of the Maison’s consistent drive to protect the intellectual property of its watches as well as to support the brand equity.

The court’s decision sets precedent for protecting Panerai’s iconic watch collections in the future, allowing the Maison to further its commitment to act against infringers globally.

Panerai sued Awsky, the Company and its owner on the ground that they were manufacturing and distributing unauthorised copies of the brand’s iconic watches.

The decision rendered by Guangdong Shenzhen Luohu District People’s Court last October 12th, 2019 and confirmed as final on April 13th, 2020, was the last step in a process that started in 2016, when Panerai first took legal action against Awsky. As Awsky initially agreed to stop the infringement, the matter was settled, however, later Awsky reneged on the agreement which forced Panerai to act again.

The court has ordered the defendants in the case to cease the sales of the infringing watches immediately. The defendants are also required to compensate Panerai for the trademark infringement.

“Like many successful brands, Panerai is ‍sometimes faced with unscrupulous companies and individuals who illegally and unfairly exploit our strong reputation by copying our watches. At Panerai, our products are our heroes and the defence of our loyal customers, brand equity and designs assets are of paramount importance.

Panerai has a long lasting and active strategy for our IP assets worldwide and has the resources and experience to enforce our rights against infringers. We do so frequently and consistently by monitoring infringers online and offline, tracking them down and taking decisive action against them, worldwide. Our approach pays off, as illustrated by our recent case against infringer Awsky” as stated by Panerai CEO, Jean-Marc Pontroué.

Awsky was a significant target: they sold 48 different Panerai lookalike models in at least 16 online stores and had significant investments to promote its products.

“In this case, we were able to use registered 3D trademarks protecting the design of our products to obtain a favourable court decision against Awsky. We are very happy with the outcome and we will use this precedent to further intensify our e orts against infringers who will not be tolerated.” Added by the resolute Mr. Pontroué.

As part of Richemont, Panerai is well renowned for its iconic design and distinctive details of its watches – a large cushion-shaped case, luminescent numerals and indices, the use of overlapping plates for the dial for a stunning underwater visibility, the patent for the crown-protecting bridge that was originally born to meet the needs of the Italian Navy.