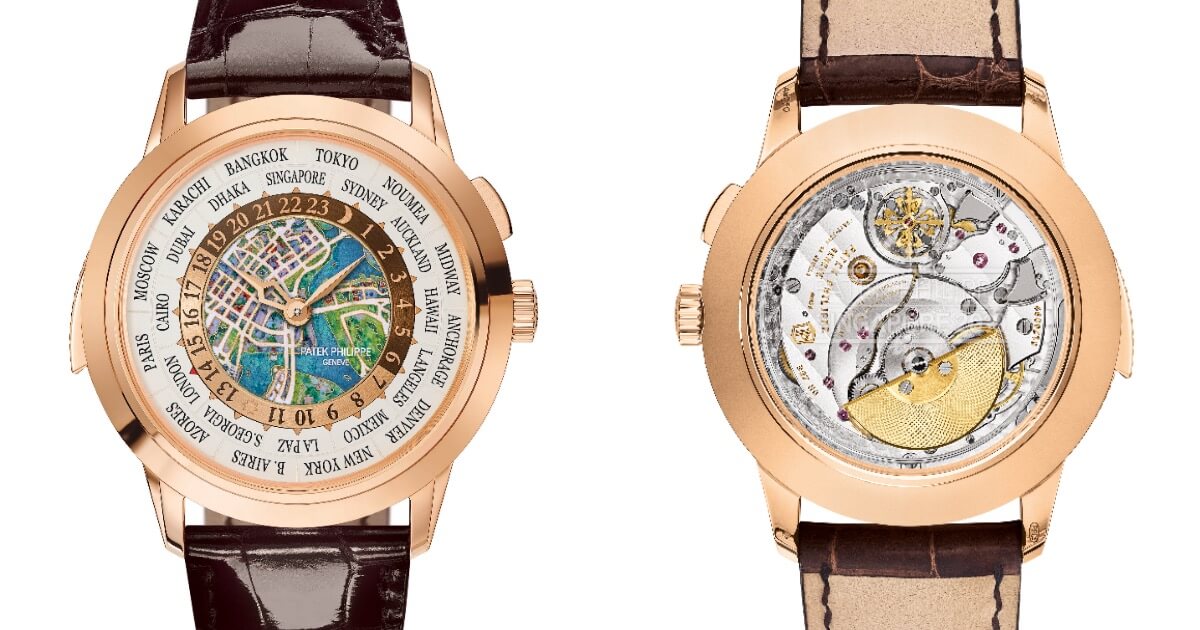 The Ref. 5531 Grand Complication was introduced in 2017 at the Patek Philippe Exhibition in New York and then added to the regular collection in 2018 (read more about here). The special edition for Southeast Asia is limited to five watches that stand out with a cloisonné enamel dial depicting a map of Singapore. It pays tribute to the craftsmanship carefully preserved by the manufacture. Also, the name of the city-state replaces Beijing on the city disk.

Contrary to other watches of this kind that systematically strike home time, the Ref. 5531 always sounds the current local time in the city at the 12 o'clock position as displayed by the two hands from the center. For this patented world debut, Patek Philippe developed the new caliber R 27 HU with 462 parts and totally new design features.

Another special feature: the two gongs of the minute repeater are attached directly to the caseband instead of to the plate, which optimizes the quality of the sound. The self-winding mechanism is powered by a minirotor in 22K gold recessed in the movement, so despite its complexity, the watch has a remarkably slender silhouette.

The pusher at 2 o'clock increments local time in one-hour steps without affecting the precise rate of the movement. The 24-hour disk has two colors as well as sun and moon symbols to distinguish day and night. A familiar contour graces the pierced hour hand; it resembles the Southern Cross constellation.

The elegant rose-gold case features generously pierced lugs; the repeater slide and the caseband are manually guilloched with the manufacture’s iconic hobnail pattern. Both the sapphire-crystal case back and the interchangeable solid-gold back are decorated with the inscription “PATEK PHILIPPE SINGAPORE 2019”.