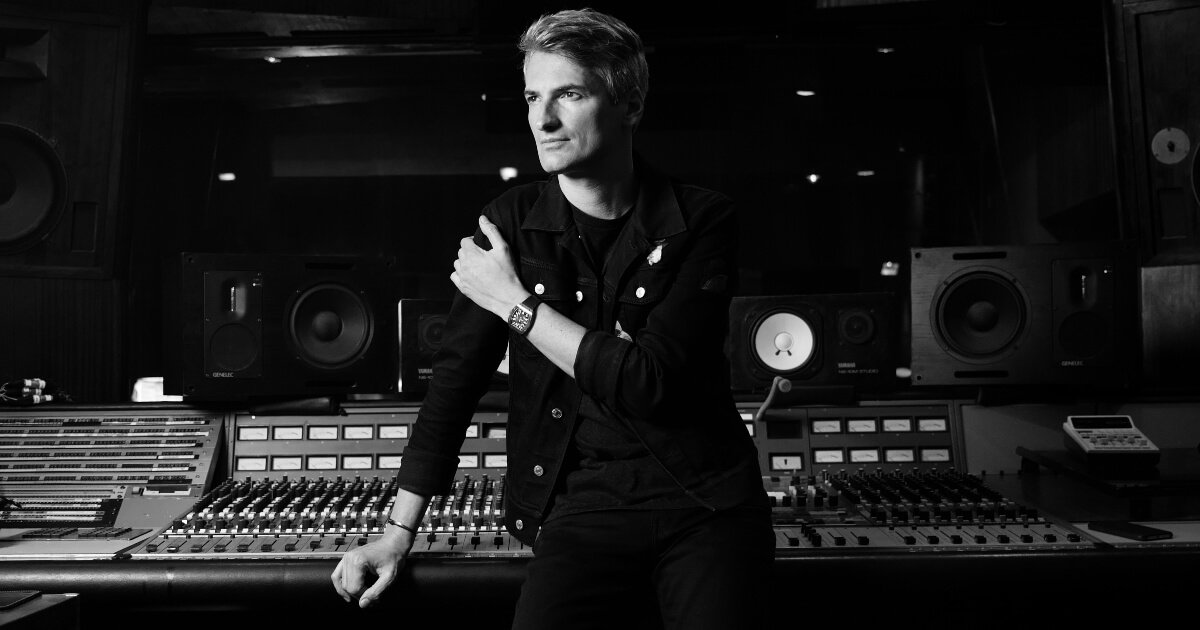 ·       An iconoclastic composer and musician, Thomas Roussel brings together an impressive background in classical music but with an abiding passion for electronic music.

·       Under the name Prequell, he released a first and ambitious album recorded with the famed London Symphony Orchestra in 2017.

·       As a conductor he is no stranger to spectacular events and in a single year, 2018, led a group of 80 musicians on the Seine River in front of the Eiffel Tower, followed by 40 musicians at the foot of the Forbidden City in Beijing.

·       To celebrate 15 years of Ed Banger Records, Pedro Winter entrusted him with arranging and orchestrating songs by the label’s iconic artists, including Justice, Mr Oizo, Laurent Garnier and Breakbot.

Thomas Roussel’s free thinking and creativity, like his ability to break away from the beaten path, could not but endear him to the Richard Mille brand, founded in 2001 with a determination to shatter the existing codes of Haute Horlogerie while promoting craftsmanship and extreme technicity.

“The uncompromising standards and inventiveness of Richard Mille watches echo the rigour and imagination required for composing orchestral music,” notes Thomas Roussel. “But beyond this, we share the same notion of communicating passion and emotion, and the same desire to carve out new creative pathways.”

Their respective defences of a profoundly contemporary art form, unshackled and uncompromising, create a natural bond between Thomas Roussel and Richard Mille. They have in common a passion for contemporary art and artistic professions whose ceaseless invention is always anchored in great precision. Thomas Roussel’s entry into the Richard Mille family is fully in keeping with the brand’s commitment to contemporary creation—from its acquisition of the Éditions Cercle d’Art, founded with the support of Pablo Picasso, to its partnerships with Frieze, the leading contemporary art fair and with the Palais de Tokyo in Paris.

When Thomas Roussel learned to read and write music at three years old, before he could begin to decipher a book, could he have foreseen the singular destiny that would send him on a journey through the worlds of both classical music and electronica, one that would see him compose scores for feature films and orchestrate some of music’s largest events from New York to Beijing?

With his solid foundation of conservatory training, starting at five years of age at the piano, six for the violin, he seemed predestined for a glorious classical career. But the young man was just as passionate about electronic music. After classes in composition and orchestration, he would hasten to listen to the greatest DJs of the day. Already, as a teenager, he had met Daft Punk and Laurent Garnier. Such was the beginning of what would become a long story.

When Thomas continued his studies in Paris, under the prestigious composer Guillaume Connesson, he sustained a parallel collaboration with the Techno music pioneer Jeff Mills. His final exam for Connesson proved a formative experience: a composition for symphony orchestra produced in just twelve hours whilst locked in a room without a single instrument. He emerged victorious from this final challenge, with the congratulations of the jury. An experience he capitalises on today, it allowed him to write and orchestrate in just eight days the score he conducted with 80 musicians on the Seine River to celebrate Paris’ candidacy as host for the 2024 Olympic Games. Prior to that, he composed for film, and undertook any number of projects with other musicians, such is the passionate fervour of the man. His talents as a conductor, musician and composer soon attracted the great fashion houses, who invited him to imagine the music for their shows. From the Grand Palais all the way to China, Thomas Roussel has reinvented the codes of his genre and participated in ever more original and spectacular performances. Under his baton, orchestras have played all in a row in Paris, in a circle in Guangzhou, and even suspended in the air at a memorable fashion show from the beginning of this year.

For more than fifteen years, Thomas Roussel has remained faithful to both his true loves, classical music and electronic music, unrepentantly departing from the beaten path to navigate between two worlds that know all too little of each other. For a 2018 performance with dozens of musicians at Le Grand Rex in Paris, he re-orchestrated titles from the Ed Banger electronic music catalogue for the label’s 15th anniversary. Yet his music can by no means be reduced to a mere hybridisation of two genres. Indeed, its full scope was already on display with the release of his first album, The Future Comes Before, in 2017. Under the name Prequell, the musician reveals himself to be a fantastic pop composer.

Thomas Roussel composes using orchestras, grand string ensembles and percussion sections, but also, obviously, synthesisers and machines. Always and throughout, his music remains utterly singular, transcending the boundaries of style. His compositions are like comets sweeping through galaxies, warlike or peaceful, ferocious or serene. Each one is crafted of pure emotion. His is a tangible and generous approach, one the musician shares with Richard Mille and which should soon give rise to collaborative projects.