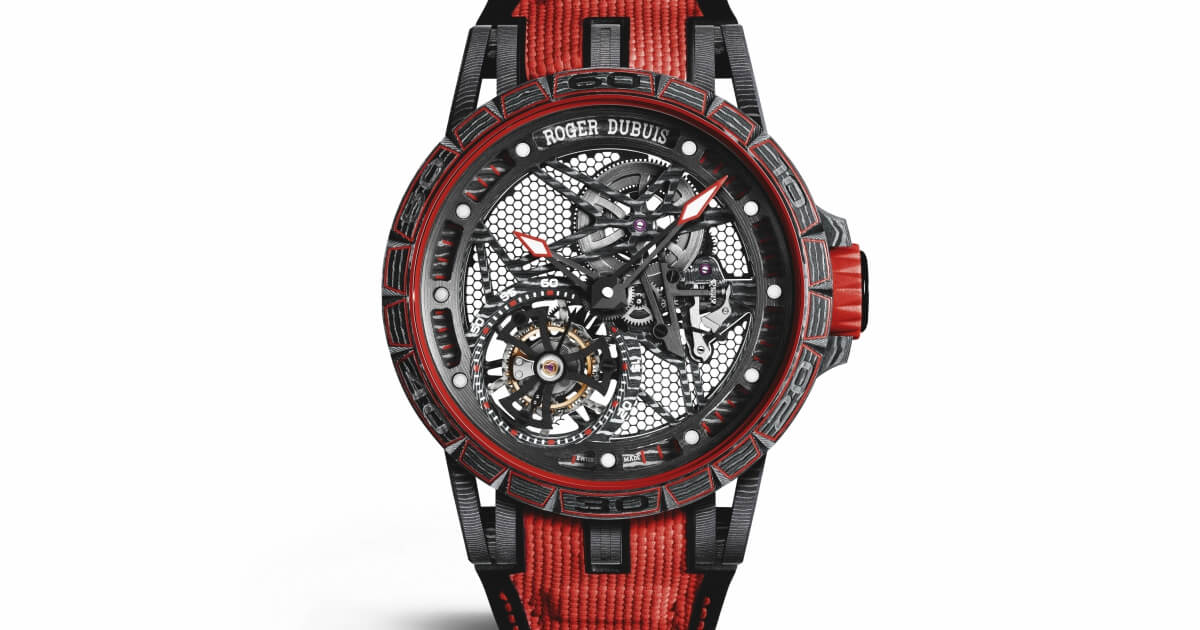 Roger Dubuis takes innovation to the next level in 2017 with the revolutionary introduction of carbon to its iconic Excalibur Spider concept and two cutting-edge calibres: the best-selling 820SQ and recent SIHH World Premiere 509SQ.

The annual unveiling of world premieres from its ever-busy innovation pipeline represents the almost 'organic' result of its ongoing investments in Research & Development. Backed by a dedicated in-house department and Roger Dubuis' own full-fledged Manufacture, the brand's 'disruptive materials and progressive complications' mantra is forcefully expressed through its ongoing challenge to all-comers: Dare to be Rare.

The revolutionary use in watchmaking of carbon, which is twice as light as brass, is the embodiment of Roger Dubuis' fundamental belief in the disruptive nature of innovation.

This is entirely in sync with a recent series of partnerships signed by the brand with the automotive industry, where carbon is commonly used in the very high-end racing cars that were the inspiration for these futuristic timepieces.

As Roger Dubuis Strategic Product Director, Gregory Bruttin explains: "The 50% difference in weight enabled by this choice of material means a 50% increase in power reserve, raising it to 90 hours for the Excalibur Spider Carbon Skeleton Flying Tourbillon 509SQ. In this revolutionary model, the chassis is represented by the baseplate and bridge; the car grid by the classic honeycomb structure; and the car body by the case; while the tourbillon would be the engine component".

True to the design codes of its emblematic Excalibur line, the latter takes the skeleton theme to the next level by skeletonizing the movement as well as the case, flange and hands.

This is the first time however that the Manufacture has allied this iconic concept with its best-selling 820SQ calibre. The combined technical expertise and aesthetic flair of the development team has masterfully ensured all the stellar transparency expected from a Roger Dubuis skeleton movement.

Such an amazing technical feat, further complicated by the skeletonised nature of the calibre, is enabled by the particularly rigid nature of carbon that results in less vibrations and enhanced precision. Both models are issued as 88-piece limited editions.