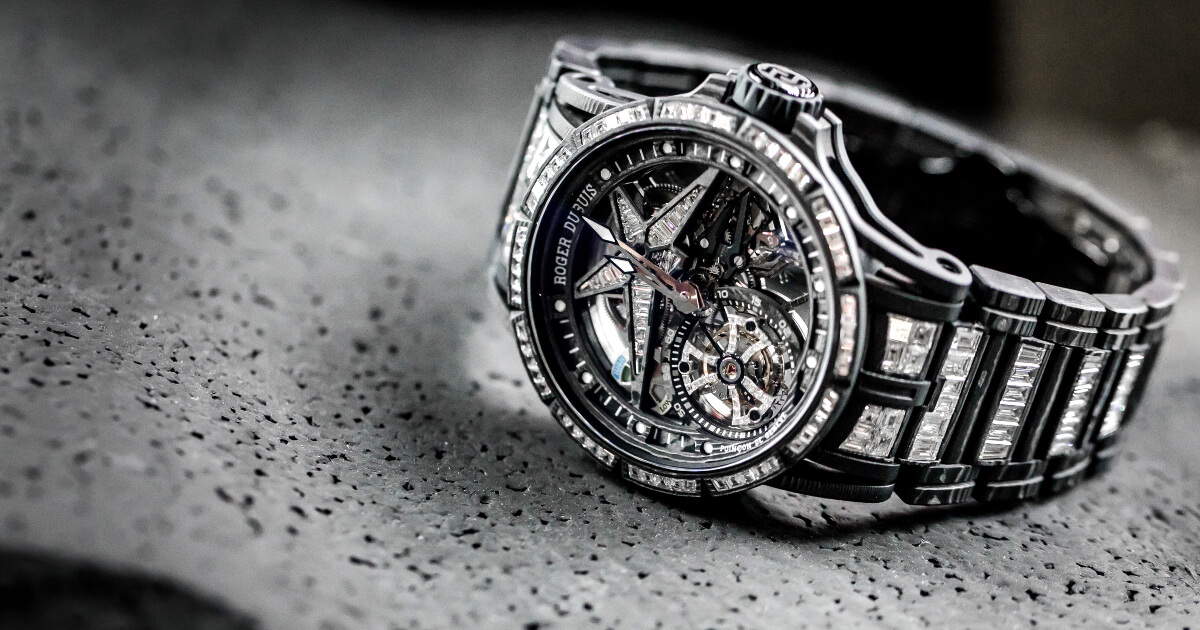 Nobody does Fine Watchmaking quite like Roger Dubuis, for which innovation and a drive to push technical and aesthetic limits to breaking point are an integral part of its DNA. Not to mention a fearless ability and determination to shake up watchmaking codes and overturn existing rules.

Well-known for its penchant for disruptive materials, along with its ability to produce world premieres, Roger Dubuis has done it again. Showcasing its mastery of sophisticated technology, the Maison that dares to be rare has set itself an ambitious challenge by ushering in the age of the complication-charged hyperwatch.

Paradox is the name of the game as the Excalibur Spider Ultimate Carbon timepiece disrupts watchmaking codes while managing to maintain the Brand’s links with its serial innovator DNA. The paradox continues as the lightness of ultra-sophisticated technology meets the weight of watchmaking complications. In an intriguing juxtaposition of material combinations, this highly complex model is mostly made of multi-layer carbon with a case and a likewise carbon strap.

In a final move befitting a groundbreaking hyperwatch, the Manufacture has encrusted the carbon strap with 166 diamonds, an unprecedented step for Roger Dubuis. Echoing its shining Astral Skeleton star that has become a Roger Dubuis signature, this extraordinary timepiece also features a world-first tourbillon carriage set with baguette-cut diamonds, the final touch to a model designed for a very few daring individuals.

The Excalibur Spider Ultimate Carbon timepiece thereby offers a spectacular demonstration of the Maison’s gift for dealing in back to the future technology: the first timepiece mostly made of carbon from start to strap and lit up by 195 diamonds, an achievement calling for cutting-edge technical skills combined with boldly imaginative aesthetics.