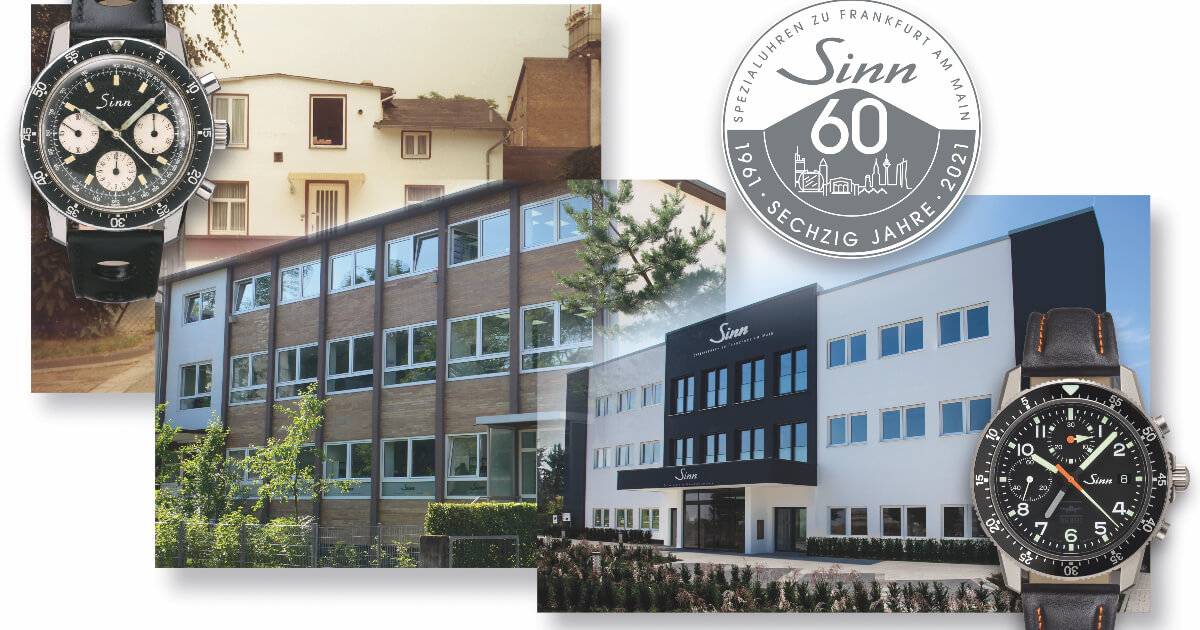 Sinn Spezialuhren is celebrating a special anniversary in 2021: the manufacturer of high-quality mechanical watches is turning 60. It was the year 1961 when pilot and blind-flight instructor Helmut Sinn founded the company Helmut Sinn Spezialuhren in Frankfurt am Main. At that time the company focused on manufacturing navigation cockpit clocks and pilot chronographs.

When certified engineer Lothar Schmidt acquired the company on 1. September 1994, a new era began for Sinn. The timepieces have stood for remarkable innovation since that time. This is one of the reasons they meet the high-quality demands of professional users and, at the same time, inspire many mechanical-watch aficionados.

The 103 – developed by Helmut Sinn (in front of the former Rödelheim site) – still one of the most successful watches in the collection. This classic pilot chronograph is available today as a series that is tested and certified according to the norm for pilot watches (DIN 8330); here the 103 Ti UTC IFR is shown in front of the present-day company headquarters in Sossenheim. The development of DIN 8330 was initiated and supervised by Lothar Schmidt.

Over the past six decades, the brand Sinn Spezialuhren has successfully made a name for itself both in Germany and abroad. Lothar Schmidt and his employees are especially proud of the fact that to this day Sinn Spezialuhren – as an independent and owner-managed company – has established its place in an industry dominated by corporations.