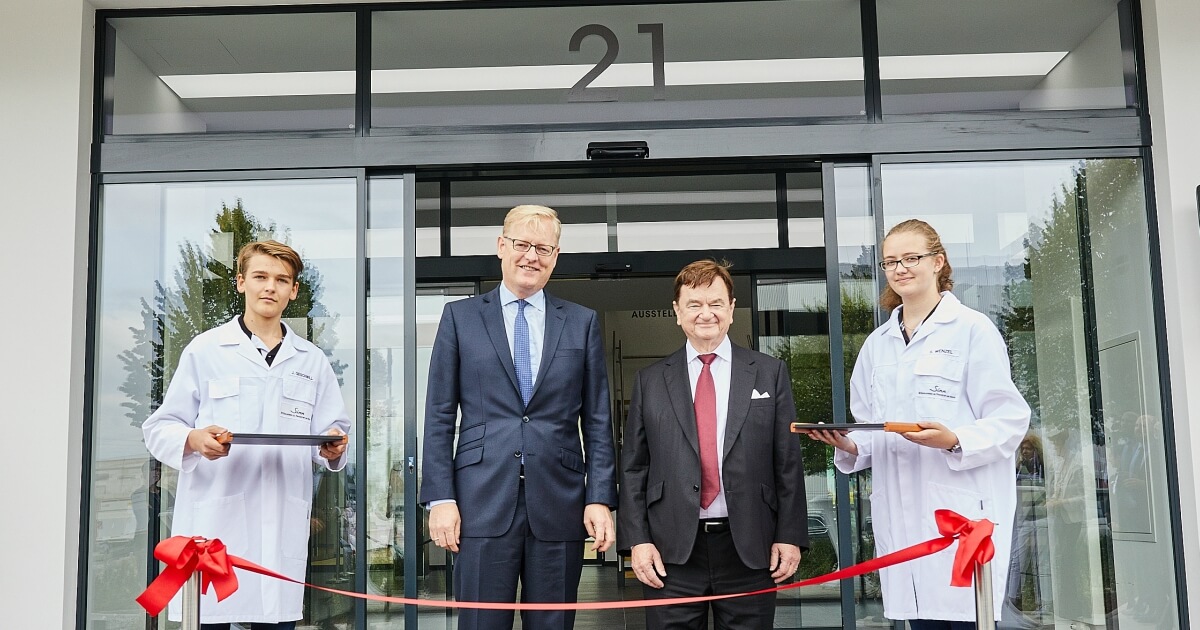 Sinn Spezialuhren has moved into its new headquarters in Frankfurt-Sossenheim

On 31 August, Sinn Spezialuhren celebrated the opening of its business premises at the new headquarters at Wilhelm-Fay-Strasse 21. Since 1 September, customers are able to purchase their watches here directly and benefit from the very generously sized sales- and showroom. Watch lovers are able to view the entire collection from the latest catalogue first-hand. They also have the opportunity to admire past models from Sinn Spezialuhren which are no longer available.

For certified engineer Lothar Schmidt, who is also the owner of Sinn Spezialuhren, this date is particularly important: since 1 September 1994, i.e. for the past 23 years, he has been directing the business. His name is inextricably linked to the company’s success. For him, moving into the new headquarters marks an extremely important milestone, as it lays the architectural and strategic foundation for the company’s positive development in the future. Along with the opening, the company is also celebrating a milestone anniversary this year: 20 years of the mission timer. To mark this anniversary, Sinn Spezialuhren is presenting the 500-piece limited-edition model EZM 1.1 anniversary.

The opening ceremony itself was attended by Markus Frank, city councillor, as a representative of the city of Frankfurt am Main. Impressed by the architecture and premises, he wished Lothar Schmidt every success and the best of luck in all future business endeavours in his welcoming speech.

In addition to the production of high-quality timepieces, the location in Sossenheim will be focused on direct sales from a dedicated showroom, as well as customer service tasks. The increase in usable space will mean larger assembly and production areas for Sinn Spezialuhren at the new location. Besides offering ample parking for customers, the new headquarters are also extremely easy to reach, both by car and public transport.

Sinn Spezialuhren was based in Frankfurt-Rödelheim for more than 30 years. As a result of the move, the company will be vacating its long-standing location.