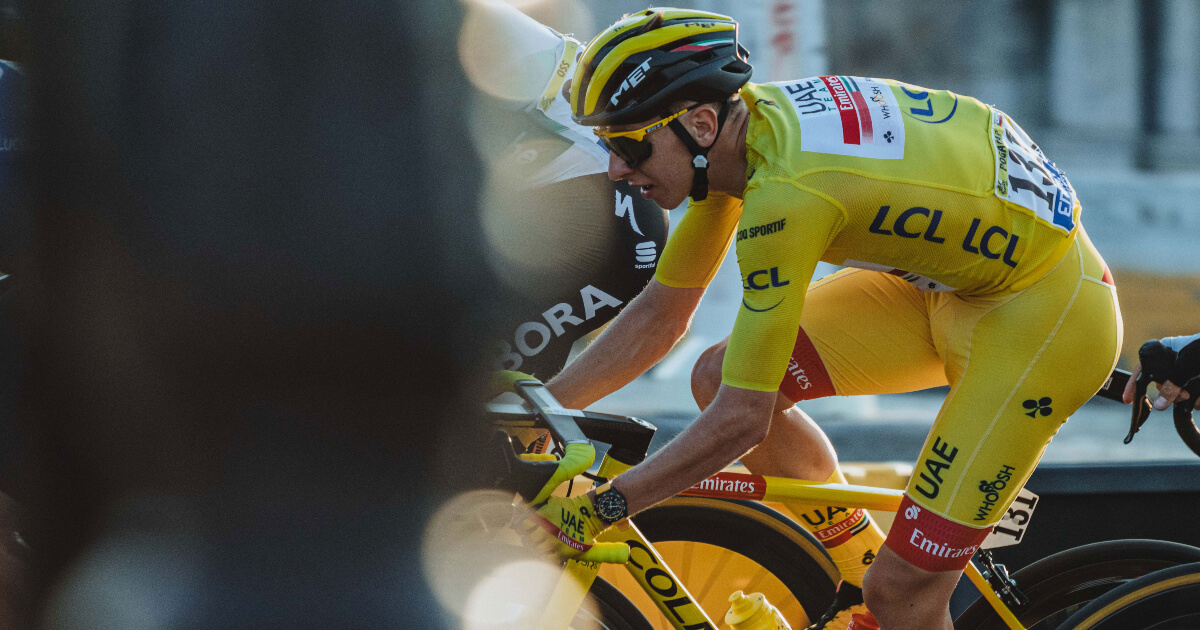 Tadej Pogačar became, at the age of 21, the youngest winner of the Tour de France in more than a century, overturning a 57-second deficit to defeat Slovenian countryman Primož Roglič in one of the most thrilling races in recent memory. As he stood atop the podium in Paris, his yellow jersey was complemented by a Breitling Endurance Pro wristwatch with a yellow inner bezel ring and a bold yellow rubber strap.

Breitling CEO Georges Kern said, “We’re all highly impressed by Tadej Pogačar’s performance. It’s the latest chapter in our long and storied link to cycling and carries on a legacy that embraces such legends as Fausto Coppi and Gino Bartali as well as partnerships with major competitions, including the Giro d’Italia and the Tour de France. At 21, Tadej is part of a generation of cyclists who are set to take the sport to a whole new level. The fact that our Endurance Pro is on the wrists of Tadej, Vincenzo, and Geraint demonstrates two things: that the technology and design of our watches is speaking to a young, performance-oriented audience, and that Breitling is back on the top step of global cycling.”

The Breitling Endurance Pro combines an ultralight-weight 44 millimeter Breitlight case and a thermocompensated SuperQuartz movement ten times more accurate than conventional quartz, and it offers optimal comfort, matchless precision, and functionality that will appeal both to committed athletes and to more casual sports enthusiasts.

Designed for men and women whose active lives blend a professional mindset with a sporty lifestyle, the Endurance Pro is equal to the challenges of a rigorous workout but fashionable enough for everyday wear.