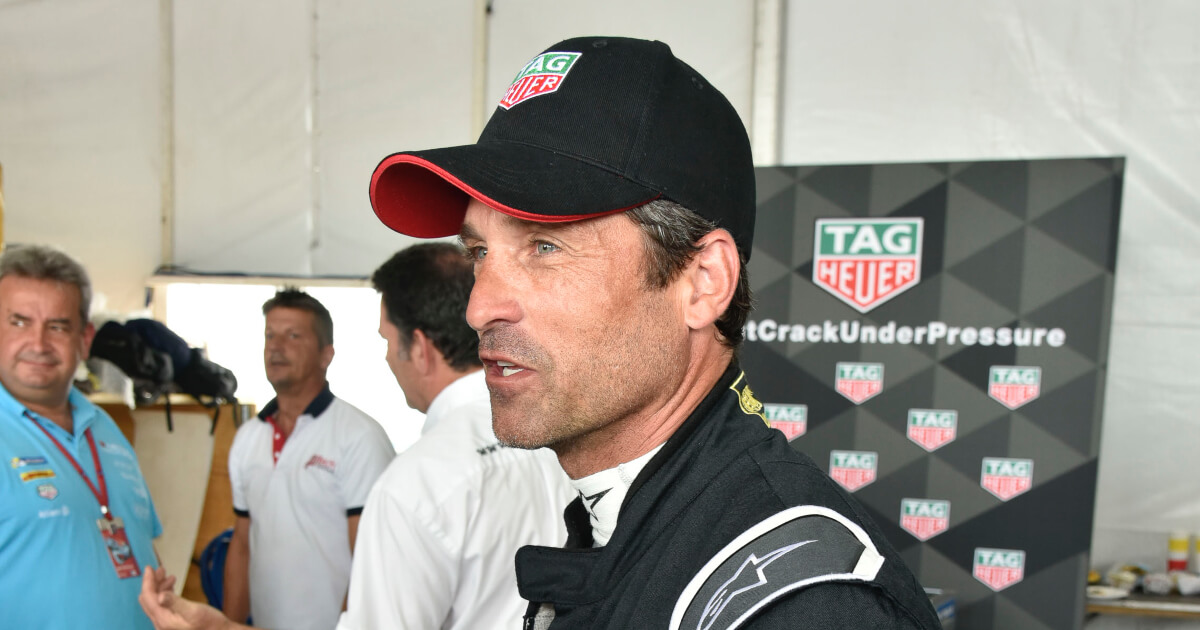 Patrick Dempsey test-drove the track in an exclusively designed Formula E car, which showcased the TAG Heuer logo, as thousands of fans looks on from the stands, proving his ability not to crack under pressure.

“I loved having the opportunity to drive a Formula E car”, said Dempsey. “The fully electric road cars are very different from the cars I have raced in the past; however, they offer the same sense of thrill and adrenaline rush. While I no longer compete, racing will always hold a special place in my heart and I am so thankful to TAG Heuer for giving me this incredible experience.”

The FIA Formula E championship is the first open-wheel race sanctioned by the International Automobile Federation to take place within the five boroughs of New York City. The circuit included 13 turns, winding its way around Pier 11 and the Brooklyn Cruise Terminal. The FIA Formula E tournament consists of ten teams and 20 drivers and delivers world-class racing to 10 cities over five continents, throughout the seven-month championship season.

Before hitting the track, Dempsey cruised through time by visiting the TAG Heuer Museum in Motionpop-up exhibition at the new 5thAvenue TAG Heuer Flagship boutique. This carefully curated traveling exhibition highlights heritage timepieces from the brand’s museum at La Chaux-de-Fonds.

The pieces selected pay special homage to TAG Heuer's rich history in motor sport racing. Key timepieces include an original 1965 Carrera, made specifically for both drivers and sports enthusiasts, and to the 1970 Calibre 12 Carrera featuring a bead-of-rice steel bracelet. Other notable pieces include the 1968, 1970 and 1974 Autavia models, the 1968 Camaro, the 1970 and 1975 Monaco, the 1974 Calculator, among many more. Special editions include a 1972 Montreal, which was named as a tribute to the Formula 1 Montreal circuit.

TAG Heuer’s iconic motor racing history and the brand’s partnership with Formula E ensure that TAG Heuer will also be a driving force in the future of motor racing. TAG Heuer’s sponsorship of the FIA Formula E Championship further emphasises the renegade spirit of the brand and TAG Heuer’s commitment to the avant garde. The brand also acts as the Official Timekeeper, Official Watch and Team Performance Partner of Aston Martin Red Bull Racing, the Official Timekeeper for The FIA World Touring Car Championship and the Official Series Sponsor of FIM Endurance World Championship, including many other motor-race championships.