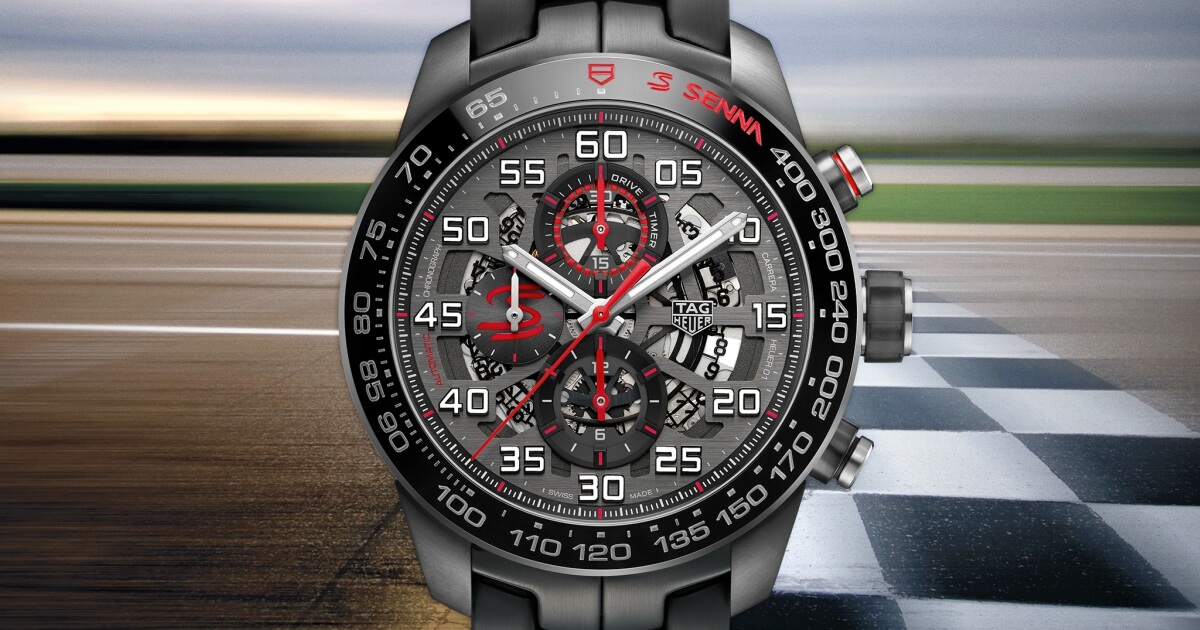 Thirty years ago, Ayrton Senna won the legendary Monaco Grand Prix for the very first time. To celebrate this key date, TAG Heuer is honoured to welcome Bianca Senna to the inauguration of its new boutique in Monaco, for the exclusive preview of the new Senna collection of limited edition pieces.

The talent and panache of Ayrton Senna ensured he left a lasting mark on Formula 1, more so than any driver before or since. "Magic Senna" is considered by his peers to be one of the greatest drivers the world has ever seen: three world championship titles (1988, 1990 and 1991), 65 pole positions, and 41 Grand Prix victories. The latter include the Monaco Grand Prix, which he won for the first time in 1987.

To celebrate the 30th anniversary of this victory, TAG Heuer is releasing three new limited edition watches in tribute to the driver. These were unveiled at an exclusive preview during the inauguration of the new boutique in Monaco, attended by a very special guest, Bianca Senna, the champion's niece.

For the first time, TAG Heuer's famous Heuer-01 proprietary movement is paired with the Senna design codes. With an imposing 45 mm case, the Carrera Heuer-01 chronograph in black brushed steel with touches of red houses the skeleton dial and sapphire case back, allowing the precision engineering of the Manufacture movement to be admired.

The other pieces in the series are two Formula 1 models, one of which is the chronograph version, TAG Heuer's archetypal "motor racing" model. Both watches are 43 mm in diameter and black, highlighted with touches of red, a combination which is a clear nod to the spirit of high speed racing. The dial features three red lines, hinting at the tracks left by a speeding race car. The chronograph version features a quartz movement accurate to a tenth of a second – an indispensable feature in a motor racing watch – powering the small counter at 6 o'clock, with the minute counter at 9 o'clock and the running seconds counter at 3 o'clock.

The three watches in this limited edition all proudly display the famous stylised red lacquer "S", the exclusive Senna symbol, on the dial and bezel. The bezel also has a minute track, lending the pieces a racing feel and evoking the exceptional skill of Senna. Of course, they are all available with the iconic bracelet with S-shaped links, as adopted by Ayrton at the height of his achievements. It is both an iconic design and a standard bearer in terms of ergonomics and wearer comfort. On the Carrera Heuer-01 model, each link is rounded on the top, bottom and sides for an exceptionally smooth feel on the wrist.

Three sporty and classy watches, reflecting the spirit of the man who featured in the original #DontCrackUnderPressure campaign in 1991.