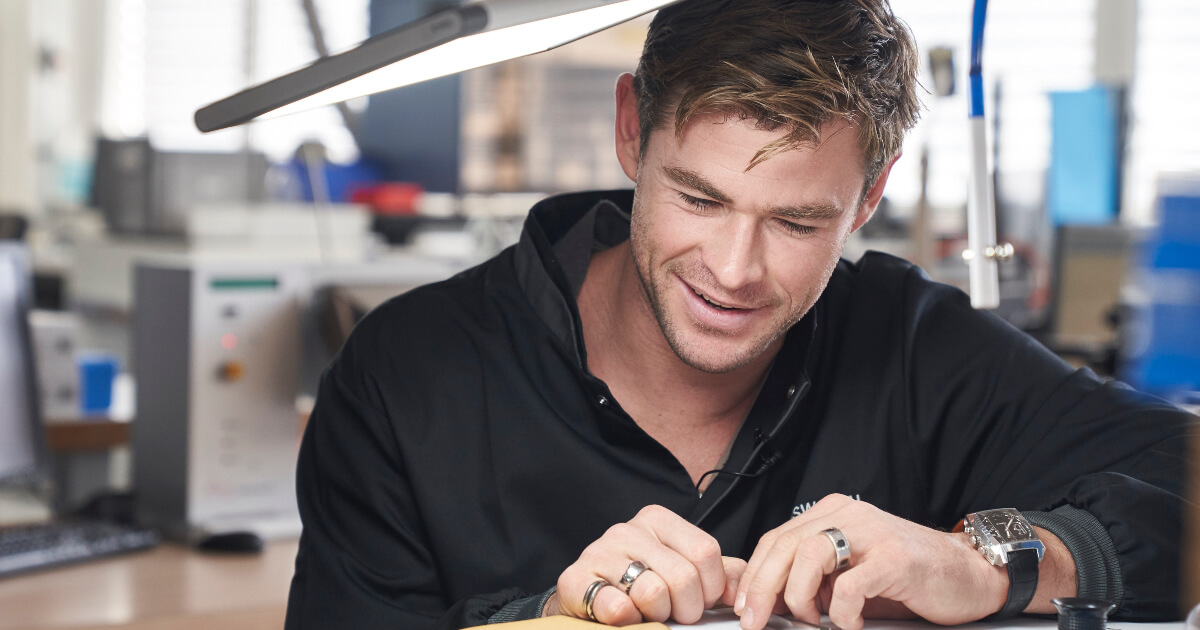 TAG Heuer was honoured to receive for the first time in its Manufacture in la Chaux-de-Fonds, the actor and brand ambassador Chris Hemsworth.

The Australian, who has a great interest in watches, was making a point of visiting the production of the TAG Heuer watches he has been wearing since the beginning of this partnership which started almost three years ago. Currently filming in Europe for his next movie, he took the opportunity to have few days off to come to Switzerland to rest in the beautiful mountains of Neuchâtel.

Since Rush, the 2013 motorsport film of which TAG Heuer was a partner and which starred Chris Hemsworth as the Formula 1 driver James Hunt, the friendship between the Australian actor and the Swiss watch brand has grown ever closer. His international profile, professionalism and authenticity make Chris the perfect embodiment of the motto "Don’t Crack Under Pressure".

It was therefore an honour for TAG Heuer to welcome him to its manufacture. He was welcomed by Jean-Claude Biver, CEO of TAG Heuer and President of LVMH Watch Group Division. He received an exclusive glimpse into the manufacture and its beautiful museum. Chris Hemsworth, who came with his wife Elsa Pataky, showed a lot of interest for the technique of the timepieces, and the savoir-faire of the watchmakers. A pleasure which was shared by all of the employees.