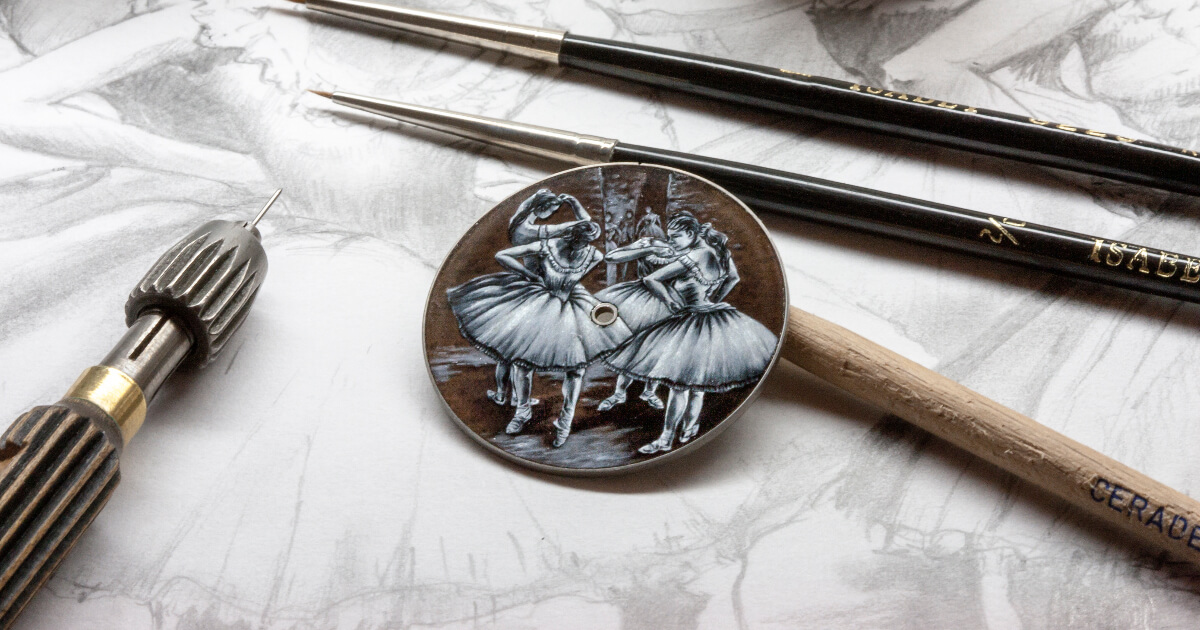 Since its creation in 1755, the Maison has been creating exceptional timepieces highlighting the traditional decorative techniques passed on through the generations by its master artisans. One of them, whose vocation was born at a very early age and is one of the few enamellers mastering this extremely delicate technique, presents grisaille enamel.

This craft first appeared in the 16th century and consists of enhancing a black enamel layer coating the gold dial base with touches of Limoges white: a rare enamel consisting of an extremely fine powder mixed with oils and designed to highlight subtle colour nuances. Each layer is fired in the kiln for an ultra-precise period of time.

‍Vacheron Constantin has further refined the process, using hand finishing to accentuate the depth and light effects as well as the elegance of each piece. During the exhibition, the master enameller will illustrate his expertise on dials specially made for Homo Faber and depicting Venetian palaces. Visitors will also have a chance to admire the diversity of enamelling techniques and ornamental themes through four remarkable watches belonging to Vacheron Constantin's private collection.

Homo Faber celebrates European craftsmanship in the beautiful Fondazione Giorgio Cini in Venice. The building’s galleries, library, cloisters and even its 1960s-designed swimming pool will host masterpieces, exhibitions, installations and workshops presenting the work of European artisans at the top of their game.

“Homo Faber is an expression that was first coined during the Renaissance and it captures and celebrates the infinite creativity of human beings,” says Johann Rupert, co-founder of the Michelangelo Foundation, which is organizing the exhibition. “The exhibit will provide a panoramic view of European fine craftsmanship but it will nevertheless have a singular undercurrent: what human beings can do better than machines.”

An artwork in itself and a center of cultural and humanistic studies, the Fondazione Giorgio Cini is the perfect location for Homo Faber, and visitors will get the chance to explore spaces that are not usually open to the public.

“We chose Venice for this exhibition not only because it is a bastion of culture and a place of unequalled beauty,” Franco Cologni, co-founder of the Michelangelo Foundation, explains, “but also because Venice is today and has always been a European hub for exchange and connection internationally.”