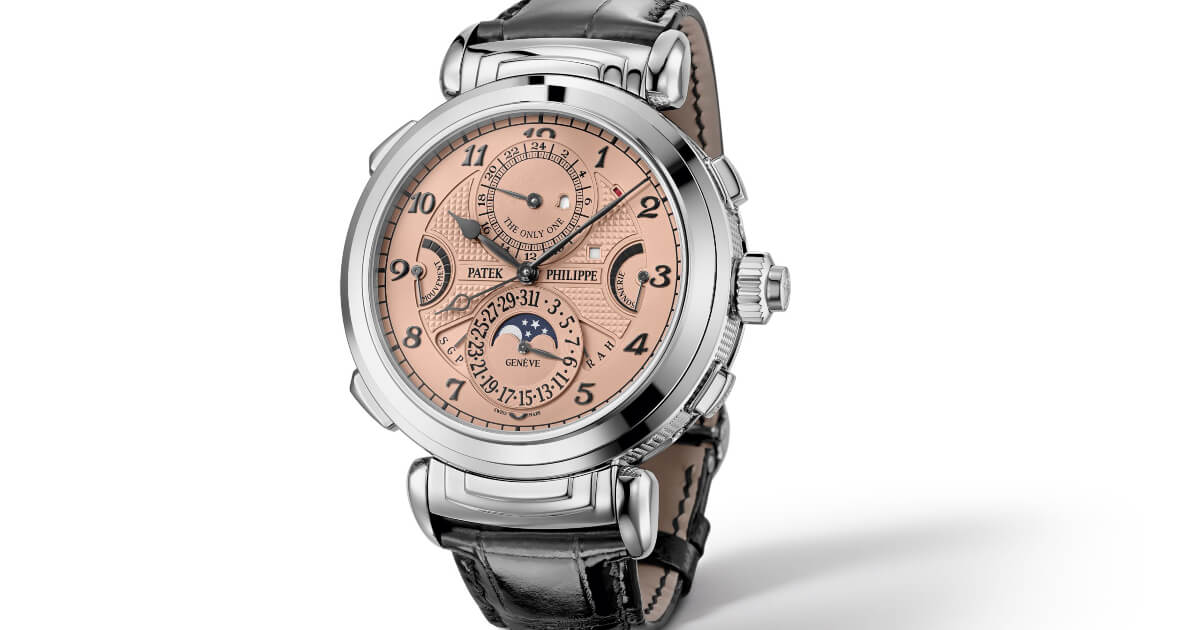 The most expensive watch in the world: Patek Philippe Grandmaster Chime Ref. 6300A-010 In Steel

Today, November 9, 2019, in Geneva at the Only Watch charity auction the Patek Philippe Grandmaster Chime Ref. 6300A-010 in steel was sold for CHF 31 million. With this price, it becomes the most expensive watch in the world at this time.

Up to this date, the most expensive watch was also a Patek Philippe, The Henry Graves Supercomplication which was sold in Geneva on 2014 at the Sotheby's Auction for $24 million.

In 2017 the Rolex Paul Newman Daytona which belonged to Mr. Paul Newman was sold for $17 million. At that time this watch became the most expensive wrist watch.

This is the first and only Grandmaster Chime in steel – a very rare metal in the Genevan manufacture’s collection and particularly uncommon for a grand complication.

Launched in 2014 on the occasion of the company’s 175th anniversary, the Grandmaster Chime became part of the manufacture’s regular collection in a white-gold version in 2016.

The most complex Patek Philippe wristwatch features 20 complications, including five acoustic functions, two of which are patented global premières: an alarm that strikes the preprogrammed alarm time and a date repeater that sounds the date on demand. The double-face case with the guilloched hobnail pattern is endowed with a patented reversing mechanism.

Apart from its steel case, the Ref. 6300A-010 Grandmaster Chime, created explicitly for Only Watch 2019, stands out with its rose-gold and ebony-black dials as well as the inscription “The Only One” on the subsidiary alarm time dial at 12 o'clock, a further hallmark of its exclusivity.

·      Four-digit year display in an aperture

With the seven auctions that have taken place so far, the Monaco Association against Duchenne Muscular Dystrophy (Association Monégasque contre les Myopathies AMM) has already raised 40 million Swiss francs in funds. The proceeds finance research in the field of Duchenne Muscular Dystrophy, a degenerative neuromuscular disease that befalls one in 3500 children, adolescents, and young adults around the world.