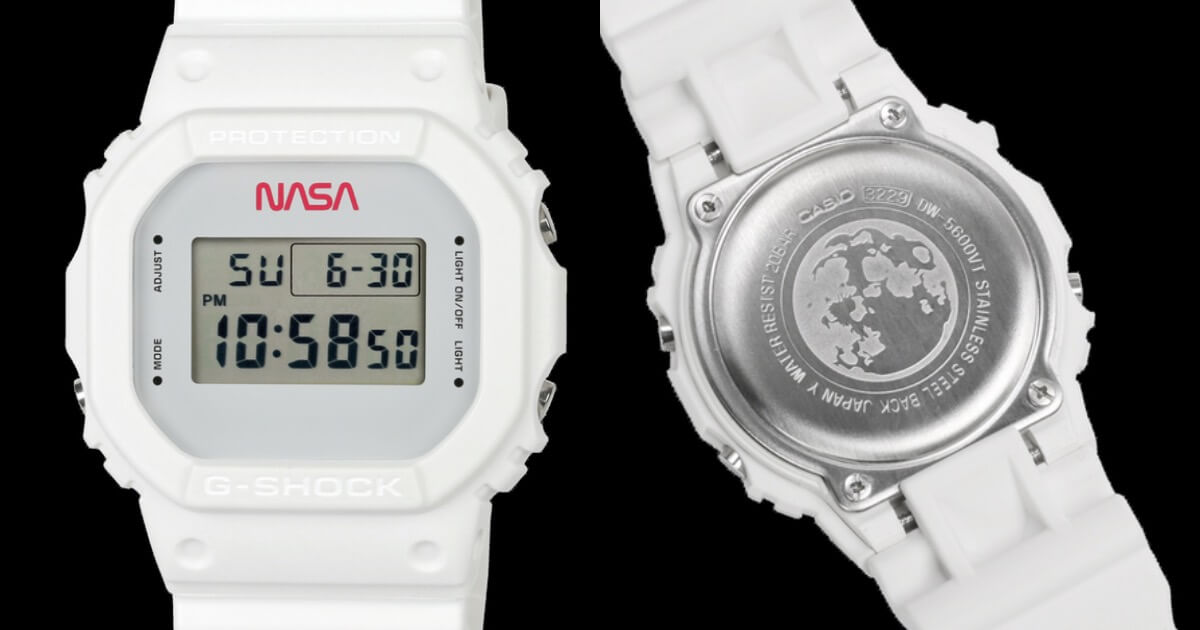 Casio G-Shock pays homage to NASA, with a custom DW5600 timepiece, honouring decades of space exploration and ground-breaking discoveries. The timepiece arrives in all-white, with the NASA logo standing out in bright red on the watch face and an engraving of the Moon on the case back.

Additional details for the new Casio G-Shock DW5600NASA20-7CR include the American flag printed on the band loop, as well as “National Aeronautics and Space Administration” printed in black on the lower band. This limited-edition timepiece arrives in custom packaging that mirrors the theme with a view of the earth from space and a tin that is reminiscent of the space vehicles that take us there.

In addition to the introduction of this limited-edition timepiece, G-Shock has also created a video. The video takes us on a voyage into space with the timepiece playing the role of an astronaut on board. As dramatic music plays, it provides a first look at the new G-Shock timepiece as well as the virtual experience of being an astronaut, from the final countdown to take-off to floating in space.

The G-Shock timepiece boasts the brand’s iconic square case shape and staple functions such as a Flash Alert and one-of-a-kind EL backlight that displays an image of the Moon within the digital display when lit.

The Casio G-Shock DW5600NASA20-7CR model will retail for $130 and be available for purchase April 24, 2020 at select G-Shock retailers, the G-Shock Soho Store, and gshock.com.