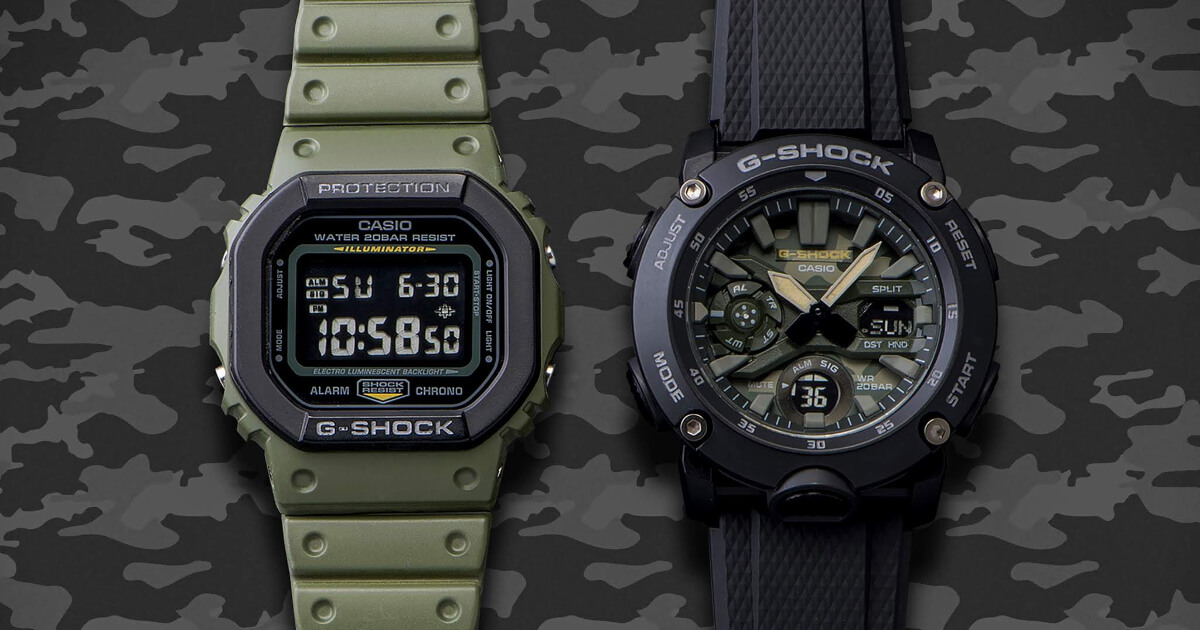 The models of the Street Utility Military series boast unique color combinations through their new layered bezel structure. The new structure is developed through a two-part molding process which creates a separate top and base to further enhance the strength of the bezel. The DW5610SU-3 features a military green band and black watch face, and the DW5610SU-8 arrives in a gray band and black face.

The new series comes in the classic DW5600 square shape and features the staple functions such as a built-in EL backlight and Flash Alert.

Also being released within the Street Utility Military Series are two updated GA2000 timepieces, tying back to the collection with unique green and blue camouflage faces. The GA2000SU-1A/2A feature the classic circular shape of the GA2000 with large side buttons, a Carbon Core Guard Case and Super LED Light, as well as the detachable band structures.

The DW5610SU-3/8 models will retail for $110 each, and the GA2000SU-1A/2A will retail for $130 each. All timepieces will be available for purchase this month at G-Shock retailers including Macy’s, the G-Shock Soho Store, and gshock.com.