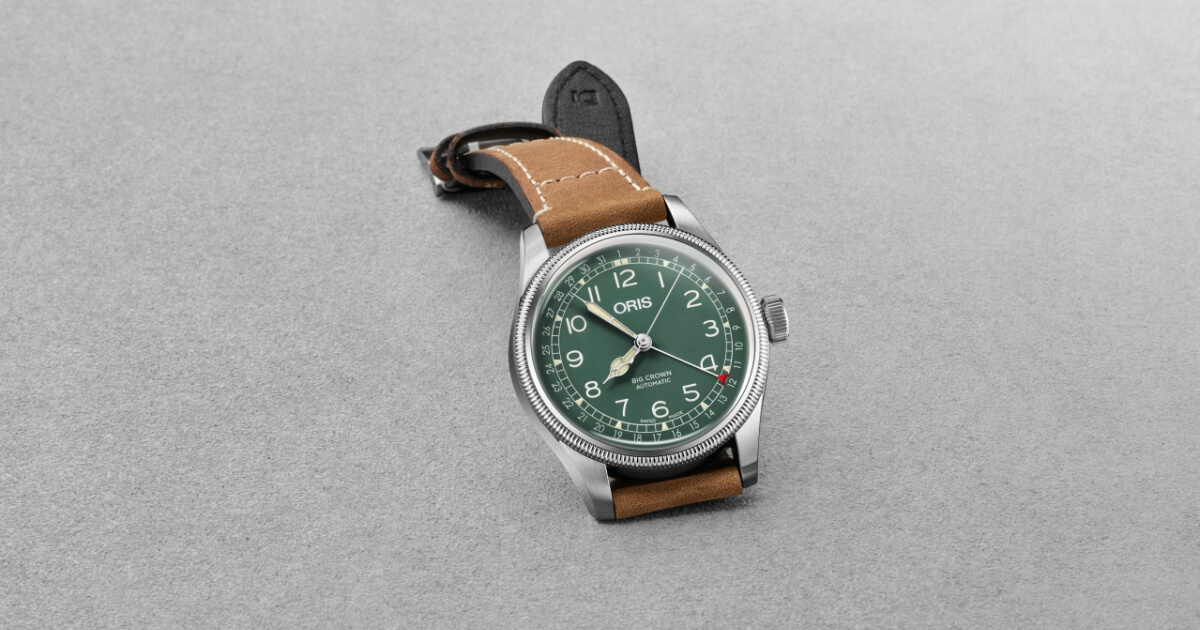 Oris is proud to introduce a limited edition watch into its Big Crown family celebrating the unique role played in aviation history by the Dewoitine D.26 aircraft. The Big Crown D.26 286 HB-RAG Oris Limited Edition remembers the training aircraft designed by the French engineer Emile Dewoitine and will be limited to 1,931 pieces.

Behind the watch is a new partnership between Oris and 'Hangar 31', a group of volunteer enthusiasts who preserve and fly the historic Dewoitine D.26 aircraft from their base in the Swiss town of Grenchen, in the foothills of the Jura Mountains. Hangar 31's motto is 'Conservare et volare', conserve and fly.

The story of the Dewoitine D.26 286 HB-RAG begins when it was put into service on August 20, 1931, one of 11 aircraft commissioned by the Swiss government and built under licence by the Eidgenossische Konstruktionswerkstaette K+W (Federal construction workshop) in Thun, Switzerland. It remained in the Swiss Air Force until 1948 and was used to instruct trainee pilots. After it was decommissioned, it was used to tow glider aircraft into the air in Lausanne, Sion and Zurich. A long period of neglect followed, before it was restored and then exhibited in a museum in Dubendorf, near Zurich.

In 2015, the Dewoitine D.26 286 HB-RAG was passed into the care of Hangar 31, who maintain it and regularly fly it, continuing its historic story. Today, it's one of only two original D.26s still flying.

Oris has a rich aviation history and has worked with a number of non-profit organisations that conserve heritage aircraft. The company's links with flying go back to the dawn of flight in the early 1910s when it produced its first aviation-inspired watch. Oris's first pilot's wristwatch followed soon after and is celebrated a century later with this year's 1917 Limited Edition. The Big Crown family was introduced in 1938 as war loomed, and proved an invaluable tool to pilots who needed a clearly legible timepiece with an oversized crown that made the watch easy to adjust while gloved during flight.

The Big Crown D.26 286 HB-RAG Oris Limited Edition unites all of these influences. The watch is based on the original Big Crown design and inherits its fluted bezel and central pointer date hand, now Oris's signature complication. Its stainless steel case is 40mm in diameter; its brown leather strap, green dial and special leather pouch are inspired by finishes and materials in the D.26's cockpit; and it's powered by an automatic mechanical movement.

• Sapphire crystal domed on both sides with anti-reflective coating inside