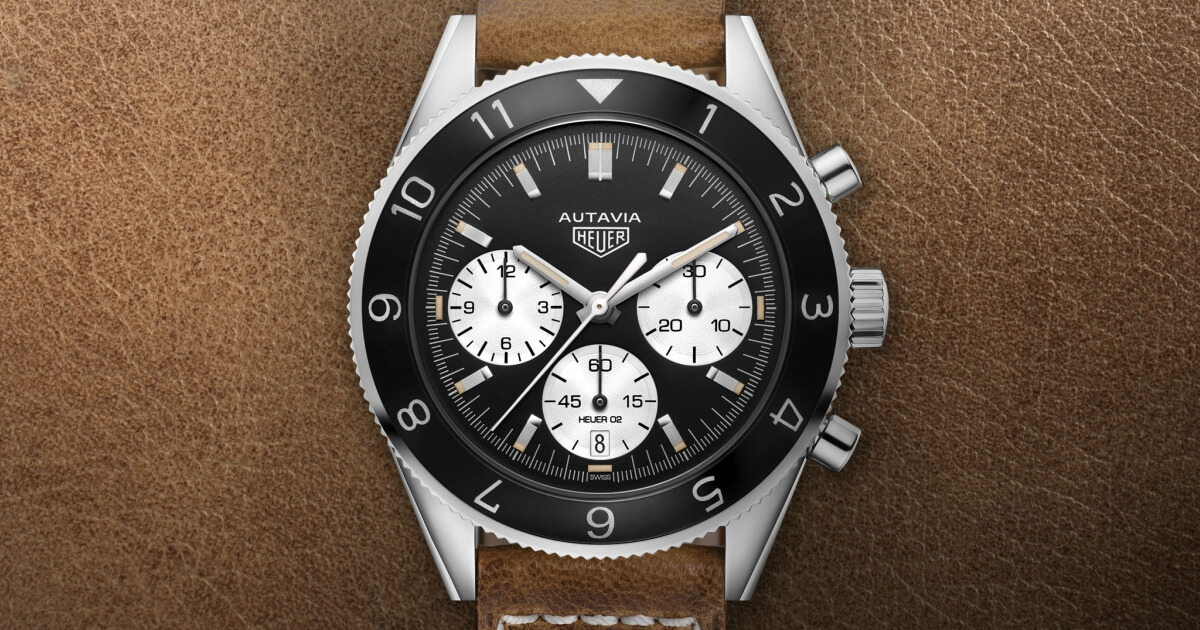 The jury has reached its decision: After several days of assessing thousands of products from all over the world, the TAG Heuer Monaco Calibre 11 and the Autavia received the distinction “Red Dot”. With the Monaco Calibre 11 and the Autavia, TAG Heuer has created an outstanding design that the expert committee for the Red Dot Award: Product Design 2017 has recognised with the internationally sought-after seal of quality.

The significance of the international design competition, Red Dot Award: Product Design, with its headquarter in Essen, Germany is well established internationally. It was already more than 60 years ago that a jury convened for the first time to assess the best designs of the day. Since then, an expert team has been awarding the seal of quality for good design and innovation to the outstanding designs of the year. In total, the competition received more than 5,500 entries from 54 countries this year.

Monaco Calibre 11 Chronograph. The TAG Heuer Monaco 1969 reissued. Back to our roots.

Launched simultaneously in Geneva and New York on 3rd March 1969, the Heuer Monaco was the first square, water-resistant automatic chronograph watch in the history of Swiss watchmaking. Named by Jack Heuer following the Monaco Grand Prix

(for which TAG Heuer is still a partner), the watch represented a complete break from the aesthetic codes of traditional watchmaking, with its large square case, metallic blue dial, bright red minute hand, domed plastic crystal and, most notably, its crown positioned on the left which, at the time, meant that the watch did not need winding.

Just as innovative at the time, its technology offered perfect water resistance - a first for a square watch. However, the origins of the revolution lay inside the watch: the famous Chronomatic Calibre 11, which was the first automatic chronograph movement offered for sale in the history of watchmaking.

With its track début in 1970, on the wrist of the Swiss driver Jo Siffert (the first racing driver to be sponsored by a watch brand - Heuer), the following year it shared the cinematic limelight with Steve McQueen, who insisted on wearing it during filming for Le Mans in 1971.

The 39 mm size, the crown on the left, the legendary petroleum blue dial with two white counters, the date window at 6 o'clock, the diamond-polished horizontal hour indices,

the inscribed vintage Heuer logo, the calibre 11 automatic chronograph with date and water-resistance to 100 metres - all the attributes of the Monaco.

Note the three-part steel case (since 1998), which is slightly more square on the new version, and closed with 4 screws; the two push-pieces at 2 and 4 o'clock are rectangular, the lugs a little larger, its calfskin strap perforated, the sapphire crystal (since 2009) and an open case-back which reveals the gears of the calibre are all features of the updated version.

A beautiful interpretation that respects the iconic heritage of the La Chaux-de-Fonds manufacture. Connoisseurs will be under no illusion.

To coincide with its 55th anniversary, TAG Heuer is releasing a re-edition of the famous Autavia. The name "Autavia" is a portmanteau, combining the notions of AUTomobile and AVIAtion. In its day, this watch was a revolution. A true dash counter for drivers to wear on their wrist. Welcome to the Autavia Heuer 02 Chrono 42 mm!

The Autavia, created in 1962, was the first collection christened by Jack Heuer. The name "Autavia" is a portmanteau, combining the notions of AUTomobile and AVIAtion. At the time, it was new, and cutting-edge: the Autavia is a chronograph with a rotary bezel. This means that the watch is like a dash counter, but one which can be worn on the wrist. This made it ultra-practical for the drivers of the time, who, prior to this, had to keep checking their instrument panel. This innovation was to become indispensable.

The 2017 model, which reflects the motor racing spirit of this era and the world of timekeeping, with its simple yet effective lines, is the result of the Autavia Cup, organised last year by TAG Heuer. Collectors and fans were asked to choose their favourite model from a shortlist of 16 Autavia watches which had been released in the past, and to vote online.

In total, TAG Heuer recorded over 50,000 votes, with the winning watch being the Autavia "Rindt", produced in 1963. The 2017 reinterpretation of this model is inspired greatly by this piece.

It is a Heuer 02 automatic manufacture chronograph, equipped with all the functions today's clientèle would expect to find.Firstly, the three white, snailed Chronograph counters have been spaced further apart to give an opaline dial that is more harmonious, and easier to read. A date window has been positioned at 6 o'clock. Another new feature is that it has been made water-resistant (to 100 metres) and its original diameter of 39 mm has been expanded to 42 mm to give it a more contemporary, elegant look. The assembly is completed by a black aluminium bezel, which is notched and bidirectional, and a vintage brown calfskin leather strap with ecru top-stitching. The length of the minute track lines respect the golden ratio of 1/3-2/3, as applied by Jack Heuer to the early pieces. This model is also available on a 7-row steel "Grains of rice" bracelet, inspired by the 1960s. Today, the Autavia embarks on a new journey.